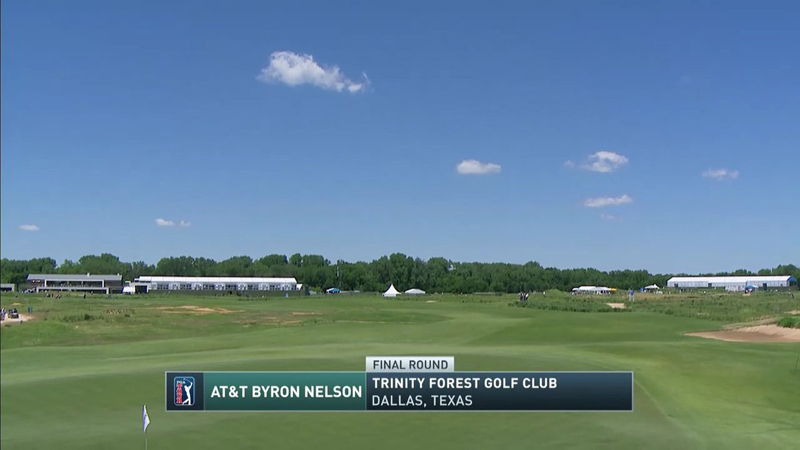 The second AT&T Byron Nelson at Trinity Forest GC is closed. Sung Kang is your 1st time PGA Tour winner at 23-under. The field, while not top-heavy in marquee value, still included some incredible players by the low scores.

Kudos the Salesmanship Club for their usual yeoman’s work, shrewdly offering Tony Romo a sponsor exemption, and course superintendent Kasey Kauff and his staff for making the course playable under very trying conditions.

However, we do have suggestions moving forward to hopefully improve the broadcast and maybe give the event a chance by changing the date.

I’m a huge Coore/Crenshaw fan. Sands Hills being my fave course. But this Trinity Forest track just looks awful on TV. No definition, no nothing. Just looks like giant greens w slope??

We have a strong affinity for the event, the staff and the participants. I’m sure any and all constructive suggestions will and should at least be considered.