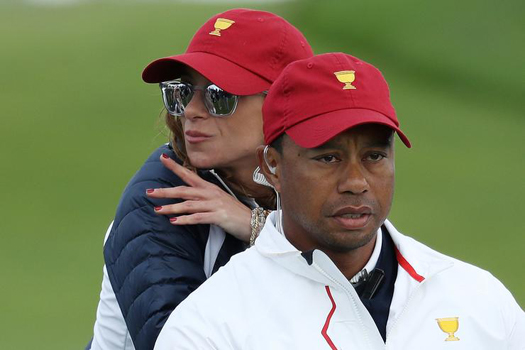 Tiger Woods and girlfriend Erica Herman are being sued for wrongful death of an employee who died in a crash after being over served at Tiger’s restaurant The Woods. Herman is the restaurant manager.

ESPN’s Bob Harig has the details of the suit.

Nicholas Immesberger had a blood alcohol reading of .256, more than three times the legal limit in Florida, according to the suit filed in West Palm Beach, Florida. The lawsuit says Immesberger lost control of his car on Federal Highway in Martin County and suffered fatal injuries. He was pronounced dead at the scene on Dec. 10, 2018. He was 24.

Immesberger was a bartender at The Woods, and the suit alleges that Woods, Herman and other employees were aware that Immesberger had a drinking problem but regularly overserved him during and after his work shifts.

The lawsuit alleges that Woods and Herman were “drinking with him at The Woods bar only a few nights before the fatal crash of December 10, 2018.”

“Tiger knew, or reasonably should have known, that Immesberger was habitually addicted to the use of any or all alcoholic beverages, and/or was a habitual drunkard,” the lawsuit says.

And there’s this from TMZ Sports.

The family claims Tiger is being sued individually because he “was directly responsible for ensuring that his employees and management … were not over serving its employees/customers.”

According to the suit, filed in Palm Beach County by attorneys Craig Goldenfarb and Spencer Kuvin, the family is demanding Tiger, Erica and The Woods should be on the hook for everything from medical and funeral expenses to other “appropriate damages.”

Woods responded to the news at his presser today at Bethpage Black.

“We’re all very sad that Nick passed away. It was a terrible night, a terrible ending, and just—we feel bad for him and his entire family. It’s very sad.”

I’ve always wondered how this doesn’t happen more often when serving alcohol (maybe due to Uber/Lyft?). A 256 alcohol reading is incredibly inebriated. That said–and I’m no legal beagle–my gut tells me this will end in probation for The Woods establishment and out of court cash settlement.