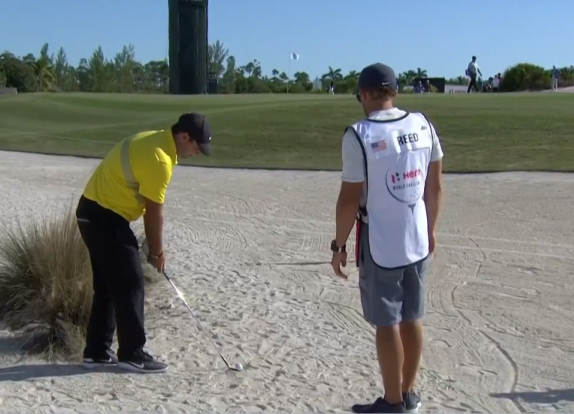 We rub our hands in glee and welcome the debut of GolfDigest.com’s Undercover Caddie most timely piece as the secret looper divulges whether the pros do indeed bend the rules via Joel Beall.

Yes, we all have stories. Hard not to after nearly a decade out here. But it’s not as prevalent or excessive as some might believe. Even the players who carry less-than-stellar reputations, or have been dinged before, are not as bad as they’re portrayed. In my estimation, and talking with other caddies, these guys often make unintentional mistakes that rarely happen twice.

Well, save for one international guy. Just an absolute nightmare when it comes to law-breaking.

Whatever trick you can imagine—fudging coins, liberal drops, patting behind the ball for a better lie—he does it, and does so without remorse. His big tell is carrying a driver or fairway wood from the tee to his position in the rough. Takes out more grass than a weed whacker. But, honestly, he’s the exception.

Whoa. Anyone have guesses to the culprit?

Cheating in golf is about the worst infraction you can commit. Sure throwing clubs, cussing, spitting or slow play are bad looks, but this particular crime is the stench no deodorant can mask. Just ask Patrick Reed.

Share: Undercover Caddie: Is Cheating A Problem For Pros?