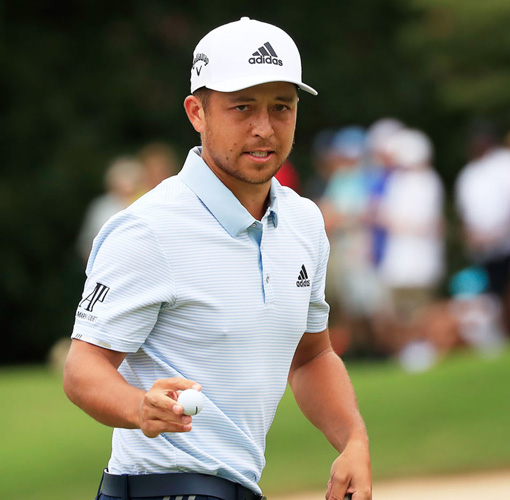 Xander Schauffele is currently the world’s 12th ranked player and finished in the top-25 in four consecutive events before the PGA Tour closed down during the Players Championship. So how often has he played during the current three-week stop  shut down? Not as much as you’d think as he also struggles with a “sense of purpose” during an interview with GolfChannel’s Will Gray.

In the three weeks since, Schauffele hasn’t touched a club. He has been spending most of his time in his two-bedroom apartment with his girlfriend in the Bankers Hill area of San Diego, spending more time playing board games like Scrabble and Risk than fine-tuning his swing. With California governor Gavin Newsom shutting down golf courses across the state this week, he hasn’t been tempted to try to sneak onto any nearby tracks.

“I’m just trying to be a law-abiding citizen here and just do my part, I guess,” Schauffele said Wednesday on a media conference call.

“Haven’t completely lost it, but sort of speaking for myself, I’ve lost a sense of purpose for a little bit of time here in terms of work, I guess,” Schauffele said. “Feeling unemployed and with no date in terms of us coming back.”

“But I’d say after a week, it started to feel like I was home for two months,” he said. “After a week I’d say it probably sank in that I think we’re kind of in here for the long haul.”

“I think all of us are in the same boat, and we’re all just trying to find ways to distract ourselves or stay mentally fit,” he said. “Just trying to keep my thoughts in line, realizing this is a tough time and it’s a necessary time for us to stay indoors, and we’re doing the right thing by staying indoors. Maybe it’s not really mentally fit, it’s mentally sane, I guess. I’m so used to being outdoors, and this is the polar opposite.”

“I feel like I’m at a state where I can pick up my clubs and play whenever,” Schauffele said. “It’d probably take two weeks for me to feel really confident, I guess, to not back down from anything. But if I had to go tee it up in a Tour event tomorrow, I think I wouldn’t feel uncomfortable overall. I’d have the belief that I could do it.”