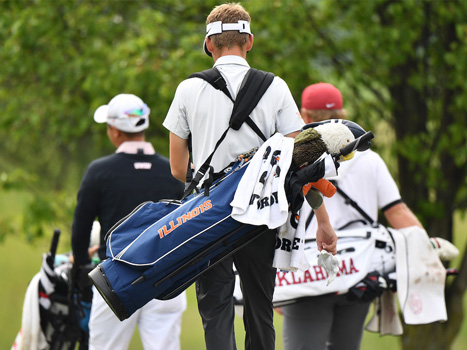 College golf programs are a important vehicles for equipment manufacturers to build brand loyalty. The theory is if NCAA golfers hit the sticks well, they may continue the trend when progressing to pro levels. As you can imagine, there are big incentives for equipment companies enticing college programs to go all-in on their sticks and balls.

GolfWrx.com’s Brenden Ryan posts a survey of the most popular brands used by various college golf programs based on 61 college coaches surveyed .

Of the respondents, 64 percent believe it was ethical for coaches to accept money from club manufacturers, 99 percent believe that players should play whatever they want, and 87 percent preferred that the product should be fit properly. Only 1 percent (one respondent), suggested that they try to influence players and their equipment decisions.

Please note Miura, Cobra, Bridgestone and Nike were also mentioned, but made up less than 3 percent combined.

The biggest share in the exclusive category is owned  by Titleist golf balls with 32 of the 61 polled. No other category has more than 12.

Share: What Are The Most Popular Golf Brands Used By College Golfers?