Fifteen or 20 years ago, the land out west of Houston along Highway 290 was predominantly cow pastures, tall grass, wooded areas and the occasional abandoned truck stop, oil well or oil and gas facility. Back in the ‘90s, it wasn’t until you reached Hempstead and the gigantic Lawrence Marshall car dealership (which is now shutdown) that you began to see serious signs of civilization.

Frankly, most passengers that traveled west on Highway 290 at that time were either heading north on Highway 6 to College Station or Waco, or weren’t stopping until they got to Austin, some 120 miles down the road. While suburbs were popping up every day along the Interstate 10 and Interstate 45 corridors, the land northwest of town was still fairly untouched.

Tucked away in Hockley since the mid-1950s was a gem of a Ralph Plummer-designed golf course. Originally dubbed Tennwood Golf Club and then Houston Oaks Golf Club, the 36-hole facility was a neat little golf course, settled in some trees north of Hwy 290 off Hegar Road. The problem was, it was in the middle of nowhere, and did little to attract the golfing masses that lived east and south in Houston.

Now, however, after a complete facelift, mega-overhaul and lavish upgrades and additions, the facility, now titled The Clubs at Houston Oaks, will have no problem attracting interest from golfers and families across the entire state.

In 2010, the club owners – three husband-and-wife couples – decided that the facility needed a makeover, and committed to completely redoing (and beefing up) the club and turning it into a fantastic 900-acre playground for the entire family; and while golf still remains a major focus, the club now features a smorgasbord of other activities, including a gun club, equestrian club, fishing, a wine club, tennis, sand volleyball and more. With its re-opening earlier this year, The Clubs at Houston Oaks has instantly become the hottest country club destination for families of all shapes, sizes and passions.

But let’s not get too far ahead of ourselves, because golf has been, and still is, the top attraction at Houston Oaks (at least in our humble opinion). Through the 2000s, the facility featured 36 holes of very different designs (and varying popularity). But in 2010, the owners decided to basically start from scratch, and develop a championship-level golf course that would appeal to all levels of players – entertaining and enjoyable for the higher handicap golfers and challenging for the better players. 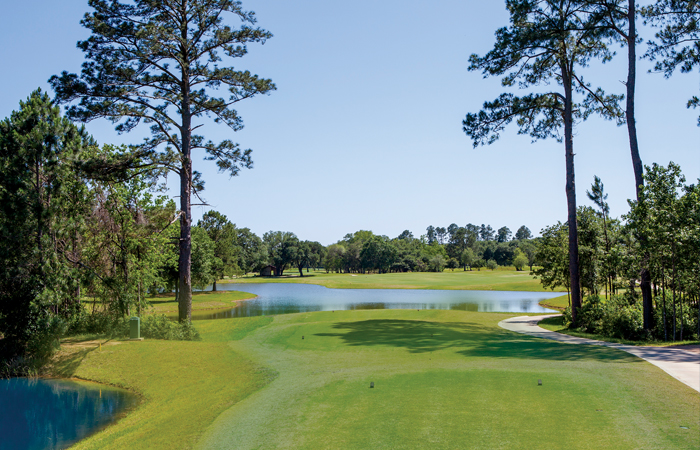 To head the redesign (or, more accurately, design, because the finished product resembles in almost no way the previous courses), the owners tapped famed Texas golf architect Chet Williams, master designer of famed courses such as Whispering Pines, long thought of as the best course in Texas. What was once 36 holes is now a stunning 18-hole, par-71 tract and a “family” nine that features seven par 3s and two par 4s. Williams focused the majority of his work on the piece of land that housed the club’s original 18 holes. From there he went to work, rebuilding, regrowing and reshaping all of the holes, so that the new Houston Oaks is a completely new golf course.

Those that were intimately familiar with the previous course may vaguely recognize a few of the holes on the back nine, as Williams kept similar shaping and topography on some of the holes, such as the 17th and 18th, but for the most part, the course was taken down to the studs and enhanced in almost every way. The course winds and bends through hundreds of year-old oak trees that are populated across the grounds, but at times has a bit of a links-style feel to it, or “links-lite,” as Williams himself has described it.

The course features pristine white-sand bunkers that are settling quite nicely, TifEagle greens, Celebration Bermuda fairways and a combination of Celebration Bermuda and native Bahia grass in the rough. One of the signature holes that sits on the northern portion of the golf course is the short par-3 fifth, which pays respects to the 17th hole at TPC Sawgrass, the famed island green. While the tee shot may not be quite as daunting and pressure-packed as the one at Sawgrass, the fifth hole is a true island green, and make for a very exciting mid-round experience before dipping back into the trees.

The Family Nine is built to the north of the main golf course, at the farthest end of the main golfing property. The holes predominantly circle a few small lakes, and with seven par 3s (none longer than 194 yards from the farthest back tees) and two short par 4s, this is a great place to bring young children or beginners, or a great place to hang out with family or friends in a more relaxed atmosphere. There is also a six “hole” short game practice area a bit east of the nine-hole course that offers a wide range of short- and mid-length shots for golfers wishing to hone in their iron game.

Maybe the most impressive feature on the property is the brand new, 30,000-square-foot clubhouse. Rebuilt on the site of the old, smaller clubhouse that burned down a few years ago, the new digs feature beautiful, lavish decorations, a large and spacious pro shop, stately locker rooms and a large formal dining room. The food is, of course, top-notch, with much of the greens and fruits grown right on property, and a goal of eventually becoming completely self-sustainable from an ingredient perspective. 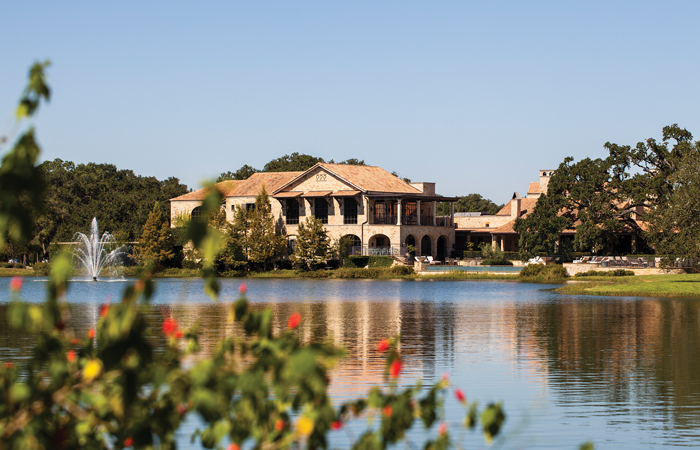 You may think golf is the main feature at Houston Oaks, and while that may be true, the versatility and abundance of other options and activities make Houston Oaks a truly expansive facility, where anyone can find something to entertain themselves.

The most uniquely appealing feature is the Gun Club. With two shooting decks that feature 16 traps with towers, a five-stand pavilion and an integrated wobble trap field, the Gun Club rivals any shooting range in the state. The decks and courses can be set up to match any individual skill level, and the club offers a variety of lessons, packages and supplies. The Gun Club clubhouse can be utilized for events, parties, dining and more.

The social aspect of the club strongly emphasizes family recreation and time, and activities for children are abundant all across the property. Along with the Family Nine course, there is a giant Swiss Family Robinson-type tree house, a full-sized sand volleyball court, a pristine baseball/softball diamond, two additional playgrounds and a disc golf course. Families can stay in any of the many lodging homes on the south side of the property, or in the lavish single-story hotel next to the Family Nine.

Are you an avid fisherman? On the north side of the property, Houston Oaks has an extensive deck, retail fishing shop, lighted dock and fishing pier. The main lake is an 8.5-acre body of water fully stocked with bass, and there are 16 other fully-stocked lakes and ponds on the property. Or, are you more of an equestrian? At the Equestrian Club, you can ride horses and board your own, or play about with the cattle, goats and rabbits on the 500-acre pasture. On the activity side, you can take part in riding lessons or trail rides, or take a lesson on roping, reigning and cutting, as well as Western and English riding. 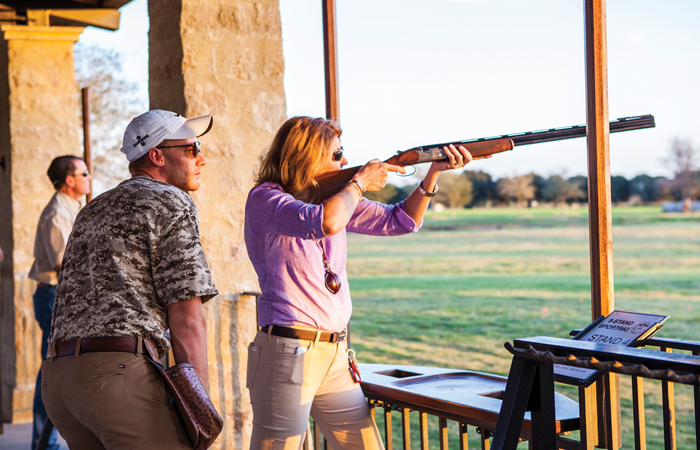 If you are familiar with this area of NW Houston, you might find it hard to believe that such a lavish family paradise can even exist. While you cannot see it from the highway (by design, we’d bet), rest assured, it is there, tucked back among the stately oaks. With all the various activities, Houston Oaks has truly set the bar in the state as a family-accommodating club. What may have been a hidden gem just eight months ago won’t be for much longer, as families from around the state are finding out about this place and rushing to join. And while at first glance you may be tempted to compare it to other local lavish clubs, Houston Oaks truly stands alone, above and beyond all competitors, and truly is a Shangri-La worth discovering.