Every motion in the golf swing has theory behind it, but how that theory is translated sometimes differs based on flexibility. No motion stands out to me more in this scenario than the backswing pivot. In theory, the backswing pivot should have the lower body resisting as the upper body turns against the lower body to create coil. Weight shifts to the right side, but there’s minimal lateral motion due to the shoulders turning 90 degrees or more. This sounds great, but often not able to be achieved by most recreational golfers. 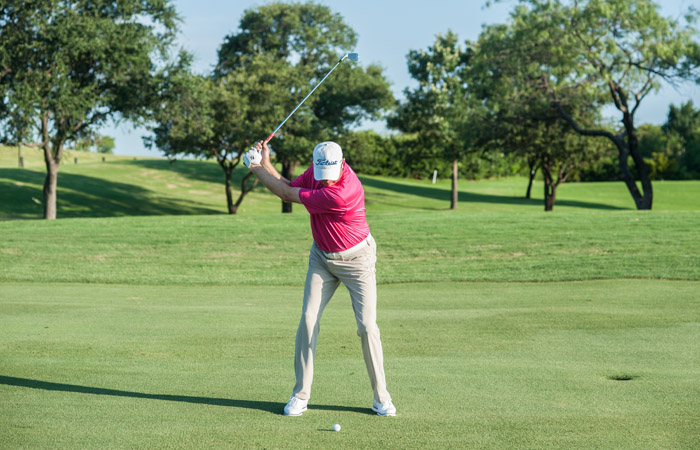 As golfers get older, they tend to lose their range of motion or flexibility in their hips and back. As a result, resisting and coiling in the backswing become very difficult, if not impossible. Golfers struggle to get turned back and behind the ball. They’re in need of some motion to help them. What used to work in turning behind the ball as the lower body resisted has now turned into a reverse pivot due to lack of turn in the backswing.

Ideally, golfers should try to maintain flexibility with age, but there are a few other things that can be done to help with the pivot in the backswing: 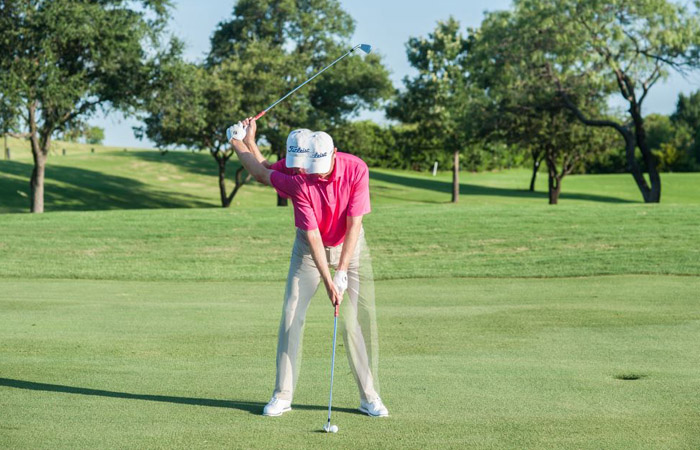 All three of these movements can be incorporated in order to improve your backswing pivot. Whether you coil or need some assistance, the goal is to get behind the ball in the backswing. Allow these three movements to help keep your shots, solid, long and high.