Golf requires many things to be a good player. One of the areas that doesn’t get enough attention is aim. At this past month’s AT&T Byron Nelson players spent an enormous amount of time on aim. Using aiming sticks, clubs or their caddy they made sure they were going in the direction intended for the shot. When you hit the ball as well as Tour professionals, often times, all that’s left is aim. Amateur golfers can benefit from improving their aim as well. 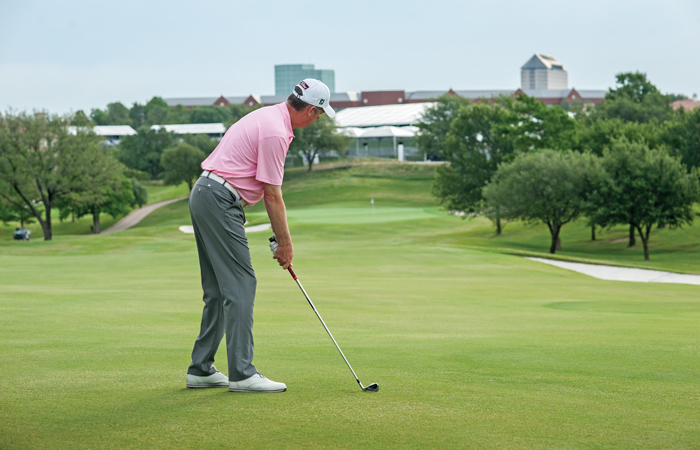 Everyone has heard of the old adage about using the railroad track to envision their aim. This concept is very valid. The clubhead, golf ball and target line should be on the right rail of the track. The feet, knees, hips, shoulders and eyes should be on the left rail. However, what I find is that when a golfer starts hitting the ball a little crooked their aim begins to suffer. For example, if you consistently pull the ball left, it won’t take long for you to start aiming to the right to balance out your pull. This happens even with the best players.

What I’ve found is this is typically a body alignment problem not a clubface problem. So, a great way to combat this is to pay more attention to the body line in the aiming process. When you’re standing behind the ball visualizing your shot, most golfers will pick out a spot in front of the ball in line with the target. This spot can make aiming the club easier. However, hardly any golfers pick out a body line. By having a body line, in the distance, you run a greater chance to get your body parallel to the target line. If the target is the right side of the green, you would want your body line toward the middle of the green. When the target is in the center, the body should align to the left side of the green. And when the pin is positioned on the left side, the body should aim just left of the green. You can get more specific by picking out a body line in the distance, just as you pick your target. This style of aim will help lessen the chance to aim too far right or left. 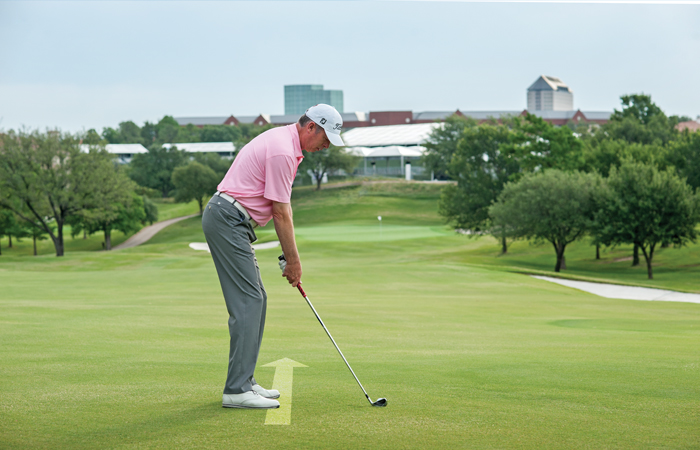 The last thing you want in golf is to be doomed before you even take the club into the backswing. By setting the clubface at the target and getting your body aligned better you start with zero mistakes. Give yourself a chance by aiming better.