Chester W. Ditto Golf Course has been a North Arlington staple since 1982. Over the years, it’s seen countless shots from thousands of players, including 35,730 rounds in 2016 alone. With its popularity, many were excited when they heard the news that  the city would close the facility for a complete redesign in late 2016.

Starting this month, AVIDGOLFER is launching a multi-issue feature that chronicles the progress of the massive undertaking, which will include a redesigned course, a huge practice area, as well as a larger clubhouse with all the modern amenities you’d expect in 2017.

According to city officials, money for the multimillion-dollar project will come from a variety of places, including 2008 and 2014 bond funds and debt service, but several tweaks have already been made to the budget to ensure the project comes in at a cost everyone can be happy with.

The first phase of the project began back in mid-December, and at present, the 144-acre property looks more like the surface of a distant planet than a golf course. With crushed rock and dirt being bulldozed from place to place, massive mounds of topsoil scattered about the course, in many places, uncovering years of mud-caked golf balls once considered a lost cause by whoever hit them. Thousands of square yards of earth have been moved and are beginning to be reshaped into what will be the improved golf course. With many of the new holes in their infancy, Ditto is now nothing more than a pile of dirt with a few green complexes beginning to take shape.

A new clubhouse is also in the works, but city officials are searching for ways to make the upgrade more cost efficient. The total project budget sits around $18 million, and includes a new maintenance facility, irrigation pump house and updated on-course restrooms. The original plan called for the course and clubhouse construction to be concurrent, but budget massaging has delayed the groundbreaking of the clubhouse project for now. Final plans for the new clubhouse are expected to be ironed out in coming weeks, but the updated facility will be a far cry from the tiny red-brick shack with a small snack bar that currently adorns the property. With the range and course now expected to open first, business will be conducted out of a temporary structure once the course is open for play.

The expanded double-ended driving range will boast a plethora of target options and, when finished, will be one of the bigger practice facilities in the area. The extra space will allow for additional private instruction and group lessons for both adults and juniors. A practice hole on the far west end of the property will not only provide a buffer from the nearby Lincoln Drive, but also give players a chance to take interactive on-course lessons.

Colligan Golf Design, which is based just a little over 3 miles from ground zero of the Ditto project, is spearheading the course design. CGD has been the brains behind many course renovations over the years, including Stevens Park, Squaw Creek, Stonebriar as well as new designs in the area like Mansfield National back in 2000. 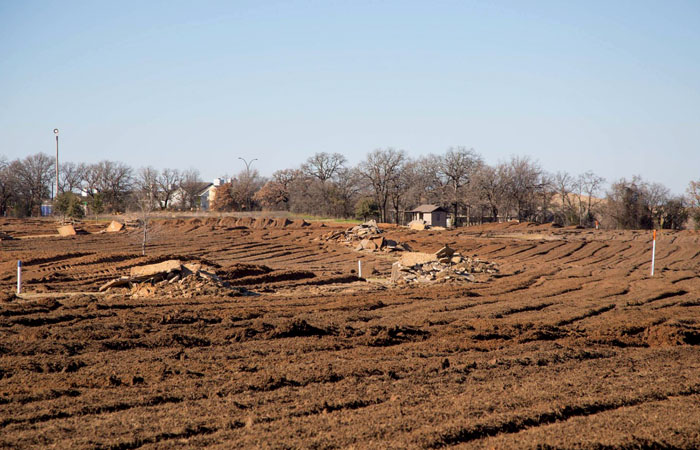 Colligan, along with project architect Trey Kemp, who has worked at CGD since 2007, are collaborating on the course face-lift, which includes a complete re-routing of all 18 holes, new tee boxes and green complexes, 74 bunkers (compared to 10 on the old design), new water features, an improved irrigation pond as well as the aforementioned driving range and practice hole. The city hopes the upgrade to the course, which is expected to span 10 months and cost a little over $8 million dollars, will vault the once eroded course into the upper echelon of local public golf, and will make it comparable to other upscale experiences like Waterchase.

The new layout can be stretched to 7,200 yards, edging out Tierra Verde for the longest of the four Arlington city courses. The length will entice low-handicappers to test their game and could potentially draw in future collegiate events. However, for Joe Golfer or anyone that doesn’t wish for additional punishment, five sets of tees offer each player the opportunity to pick their poison.

To this point, most of the work being done is preparation of the land and beginning phases of hole layout. If you’re familiar with the old Ditto, what you’ll see when it re-opens is nothing like what you remember. Gone are the fairways that promote roll-out into the rough (especially on the back nine), and replacing them will be new, player-friendly landing areas that will promote fairways hit, and improve scoring for the higher handicap player. Colligan and his team have really maximized the project:

“To get this much from 164 acres is doing pretty good,” Colligan said during my recent visit to the site. “We used to use sites that were closer to 200 acres for new courses.”

To say this will be a completely different course would be an understatement. The first hole is being changed into a long par 5 with a massive bunker in the middle of the landing area. Normally, this could be a problem, but the fairway itself stretches to almost 100 yards wide, leaving plenty of room on either side of the bunker for your tee shot. The second hole stretches from the far northwest corner of the property, and rolls along the north property line. Basically, it’s what used to be No. 5 with a little more length. One noticeable difference between the old No. 5 and the new No. 2 is the missing pond that used to guard against tee shots missing to the right. That has since been filled in and makes for an expanded landing area. There weren’t a lot of “memorable” holes at the old Ditto, but No. 3 could qualify. A short par 3 over a small creek with a wooden bridge that crossed the hazard to the green added to the ambiance of the old course, and Colligan and company have basically kept that hole intact, though they’ve adjusted the position of the tee box back to the south to add some length. During my visit, the coyote that makes his home near the third tee area wandered near the creek seemingly giving his seal of approval to the new digs.

Other highlights of the redesign include a tough stretch to round out the front nine in the 460-yard par-4 eighth hole, which will play closer to 500 yards with the almost always prevailing south wind. When the new No. 9 is complete, it could be considered one of the signature holes of the new design. From the back tees, this behemoth will be 600 yards, with the second shot playing back up a hill toward the clubhouse. A new water feature will feed from near the No. 9 green back down the hole and bisect the fairway, collecting any layup shots that aren’t on the number. This hole  has the potential to be not only extremely challenging, but visually stimulating as well. 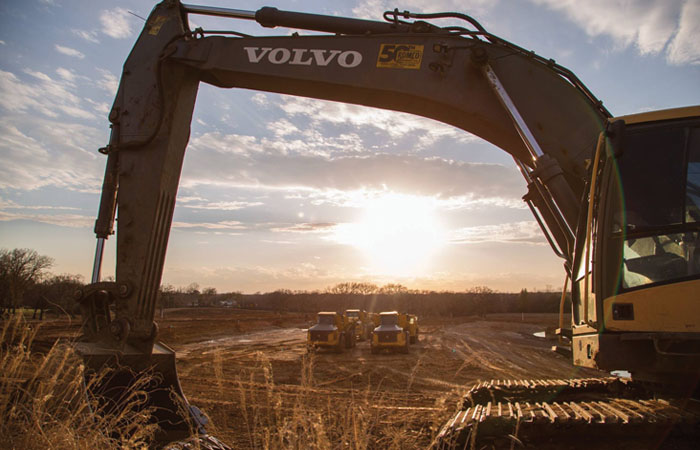 The main difference on the back nine will be more player-friendly fairways. If you ever had the chance to play the old Ditto, holding a fairway on the back nine could be at times almost impossible (especially the stretch of 13, 14, 15). Erosion and lack of turf near the edges of the fairway promoted rollout into rocky areas where recovery was impossible, but nicked clubs were probable. Colligan’s team plans on dirt being added to the sides of these once-eroded holes to help keep golf balls in, or at least near, the fairways. One of the most notable changes comes to the old No. 15, which will now be the par-5 18th hole. At 535 yards, this closing hole will be wider than the previous version, with some trees being removed along the left side of the fairway to open up the landing zone. The small drainage ditch that once cut through the fairway where most people would land a tee shot has been filled in and will now allow for anyone to hit driver should they choose to. Again, as with the par-5 ninth, the green for the 18th will work back up the hill toward the clubhouse and will be visually stimulating with new water features just off to the right of the green.

As progress continues and the new course takes shape, Colligan and Kemp are both optimistic the project is headed in the right direction and will exceed expectations while staying on budget. The hope is the project can be completed by November, and when it’s all said and done, that Ditto could be in the conversation for one of the top three or four daily fee courses in the area.

“You know now technology has taken over. Balls are going farther, clubs carry farther. People want options. Good players want to be able to challenge themselves, and higher handicaps want to play quickly and enjoy their round. The one common denominator is everyone wants to shoot the lowest score possible. With this, I think you can choose the option that gives you the best chance to do that,”Colligan said as our tour came to an end.

Given the brains behind the operation and the imagination behind this redesign, I think he’s right.