You can hammer it with hurricanes and close it with COVID, even change owners, but no matter what traveling hurdles you put in front of the spectacular oceanside Hammock Beach Resort it keeps improving and wowing golfing visitors to the East Coast of Florida.

Now with industry leader Troon Golf, which arrived earlier this year before the worldwide Pandemic shut down the resort temporarily, overseeing the golfing operation, the best should only get better.

Over the last four years, Ocean Hammock has withstood two major hurricanes, one that shut down everything for months.

But the end result for the huge resort, 35 miles outside of Daytona Beach, is a spectacular newly renovated Jack Nicklaus designed Ocean Course, which reopened after the hurricane decided to play through under the catchy marketing title, ‘New Turf, Same Surf.’

The resulting 14-month total renovation from a layout which was devastated by a 2016 hurricane and further delayed by Hurricane Irma a year later has made the Ocean Course with six holes on the doorstep of the Atlantic Ocean, one of the great U.S. East Coast courses once again. 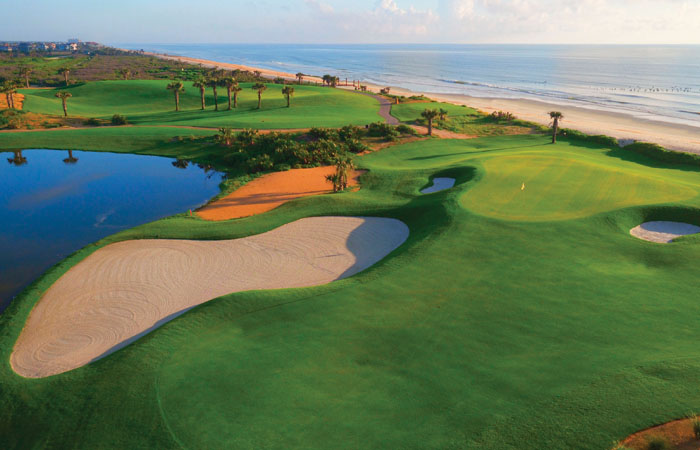 Hammock Beach brought back the Nicklaus Design team to perform a makeover of the course. Now, there are fewer trees, plus the six holes along the ocean have even more dramatic views. Additionally, the renovation included the installation of new Platinum Paspalum grass, a type of salt-water resistant/tolerant turf that turns the entire course into an emerald green color.

The turf, which was first used in Hawaii more than a decade ago, got an on-course test when Hurricane Irma hit the same area, but it passed with flying colors. That set the grand opening which included lavish dinners on the ocean lawn and a first foursome which included professional golf four-time winner Lee Elder and tennis great Ivan Lendl.

Hammock Beach officials said the grand re-opening was about making golf fun again and there is plenty of fun (and challenge) on the par 72 Ocean Course, where the last six holes are nicknamed the “Bear Paw” due to Nicklalus’ influence.

Each of the holes on the Ocean Course include new forward or executive tees, which play about 4,000 yards total, which is a great distance for kids or golfing beginners who want to experience beauty and the challenge of Hammock, but not be frustrated from the outset.

The course can be played as far back as 7,200 yards, more than any vacationing golfer should ever experience, but enough for a professional or amateur tournament which could easily be played here.

Along with the new turf, all the bunkers were filled with brilliant white Angle-G sand, which combined with the new green grass and the ever-present ocean in the background makes a feast for the eyes.

After a fairly simple par-4 start to the course and a few inland lakes on the front nine, the ocean makes its first appearance just behind the eighth green and continues on the left side of the par 4 ninth. There is either ocean or lakes on every hole of the back nine capped by a spectacular par 5 18th hole which ends at the clubhouse with the ocean water tee to green down the left side much like Pebble Beach’s 18th fairway on the Pacific side of the country. 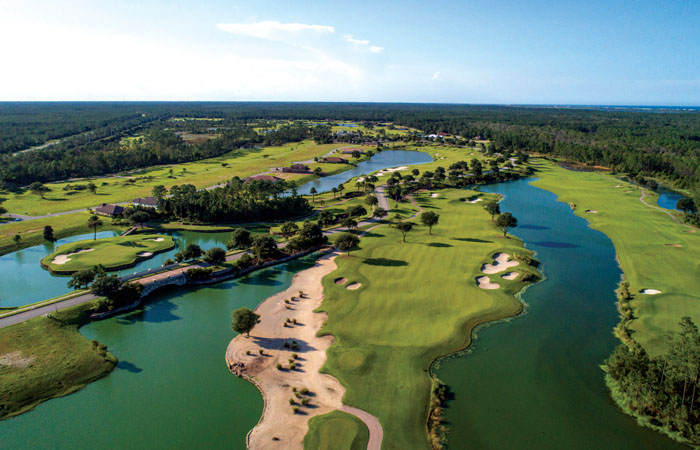 Another part of the fun equation at the new Ocean course is the revamped practice facilities, with a large grass range, short-game area and putting greens, all of which add to the overall experience.

In addition, you have a grass putting green next to the multi-story resort where you can practice near the large resort pool, the oceanside grass chipping areas, rental bikes, putt-putt course and the large covered spa. Such are decisions at this Atlantic Ocean paradise.

Not to mention the hundreds of rooms with balconies which look out over the beach, the water and the golf.

In fact, there is not a better place to take in the newly renovated and restored Nicklaus handiwork than the balcony of the Atlantic Grill, adjacent to the 18th green, while enjoying some of the outstanding food options, then deciding to go to the beach the pool or the course. It may not have you saying thanks for the hurricane, but it might come close.

Further inland is the Tom Watson Conservatory course, which was not damaged by the hurricanes, but is still a fun test of golf for vacationers and serious players alike. There are no ocean views, but plenty of manmade water to test your driving skills, dozens of bunkers and some narrow driving alleys.

There are more homes on the Watson course with plenty of inland water and many of the locals think it could be tougher of the two layouts. 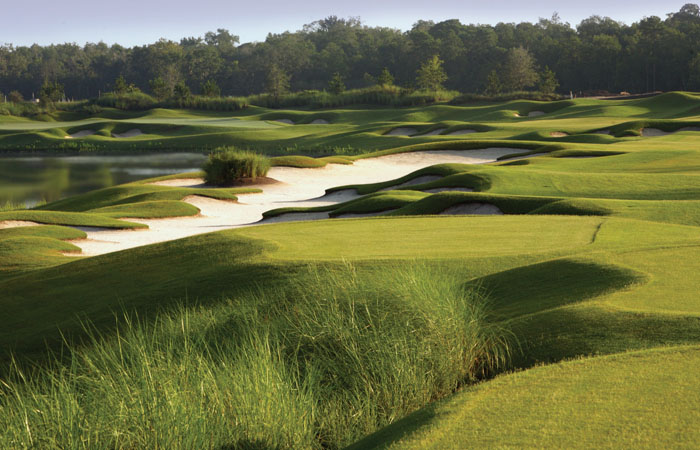 It can be played as far back as 7,800 yards from the championship tees if you want to add some real pain to your vacation.

The restoration of the Ocean Course is just one of several improvements at the resort. It recently renovated its glitzy grand lobby, refurbished all 15,000 square feet of indoor meeting and event spaces, and has plenty of dining options.

In time for the prime winter season, the resort launched its boutique accommodation option, The Lodge at Hammock Beach, which offers an intimate accommodation option overlooking the Ocean Course with 20 guest rooms, direct beach access and the unique ‘Lodge Experience,’ which is a fancy name for VIP service that includes amenities and daily breakfast.

Of course if golf, sun and fun get to be a bit overwhelming for you at Hammock Beach, there is always the world famous Daytona Motor Speedway, known as the Super Bowl of Speed, less than an hour away with a fascinating tour and ride along programs if your need more drama in your life.

With the resort now open to all, you certainly appreciate the new turf, the same surf and the Hurricane aided remodeling when you visit the newly restored Hammock Beach Resort. For more information go to www.hammockbeach.com