Whitestone Golf Club has long been a destination for those in the southern half of Tarrant Country. Just off Highway 377 South about 15 minutes southwest of Downtown Fort Worth, this course opened as we welcomed a new century back in 2000.

In the years since, the course has seen its ups and downs, but a recent change in ownership has this property getting better by the day. Elite Golf Management, based out of Las Vegas, took over the property and immediately began an overhaul that would benefit not only the club, but the community as a whole.

With the money invested, Whitestone continues to improve and grow into what it once was. A major bunker overhaul began back in April and is expected to be completed in the coming weeks to put a bow on the renovation. In addition to the bunkers, the staff has also worked tirelessly to revamp tee boxes, fairways and greens to improve conditions for players. Underbrush and trees have also been cut back to accentuate the framing of the original design. 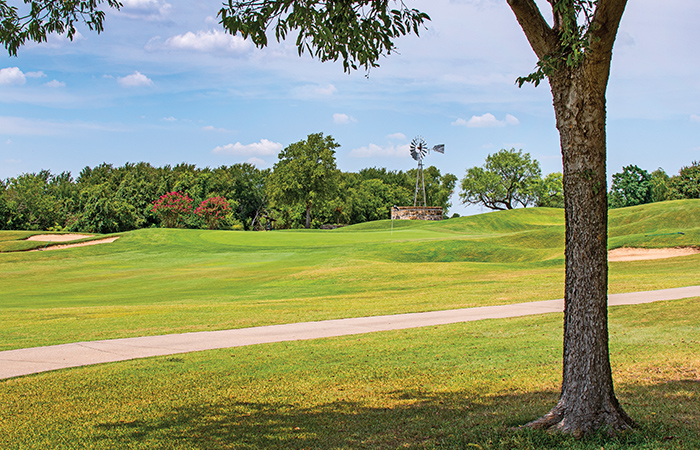 The opening hole at Whitestone immediately gives players a chance to score with a 555-yard par-5. A solid right-to-left tee shot will run out and allow players an opportunity to give the green a go in two. Bunkering surrounding the putting surface makes the long iron approach tough, but a well-executed shot leaves the possibility of a two-putt birdie and a great start to the round.

No. 2 is one of my favorite holes on the property. A short par-4, this hole is another opportunity for a birdie. A good tee shot leaves nothing more than a flip-wedge into the green. Beyond the putting surface sits one of the signature features on the course, a stone surrounded windmill that adds some visual stimulation to the approach effort.

After the short par-3 third, No. 4 provides the first challenging tee shot on the course. A slight dogleg right, this hole requires both power and precision, as any tee ball pulled too far left will find O.B. Although it may not appear so from the tee, there is some bailout room right, so if you tend to play a cut or the ugly slice makes an appearance, don’t give up on the hole, as you will likely still have a window to attack the green.

The second par-3 on the course features the most prominent water feature at Whitestone. Playing almost 200 yards from the tips, this par-3 has water that guards the left from tee-to-green. It’s definitely one of the most demanding iron shots on the course.

For my money, the most interesting stretch on the course is the trio of 9,10 and 11. The par-4 ninth plays 359 yards, but depending on conditions, the green can be drivable with a direct route down the left side. Shorter hitters can lay an iron out to the right, but the large green can mean an awkward approach depending on where the pin is positioned. The two halves of the putting surface are also split with a severe slope that can make a two-putt from the wrong side of the green near impossible.

The par-5 10thhole requires a slight cut shot that takes the natural slope of the fairway to add some much-needed distance. Going for the green in two on this hole is reserved for only the longest hitters, while laying up to the right side of the fairway will leave an optimal angle of attack for a third shot. Groundskeepers trimmed trees and underbrush on this hole to open the lines of sight up a bit and frame the hole the way it was intended when the course first opened at the turn of the century.

The par-3 11this the signature hole at Whitestone. A downhill tee shot that plays close to 200 yards from the back tees, this hole plays a bit shorter because of the significant elevation change from tee-to-green. Three bunkers guard short and right of the putting surface and mounding long of the green can leave players with a very awkward attempt at an up-and-down.

No. 16 is the final par-5 on the course and requires a pinpoint tee shot. Too far left or right will leave players with tree trouble. It should be noted, that on this hole, longer hitters can run the risk of hitting their tee shot into a small brook that runs across the fairway, but given that this hole plays into a prevailing southerly wind, you only need be mindful of this on days where the breeze is calm. Hit the fairway, and this hole could pay dividends as players head to the final two holes. 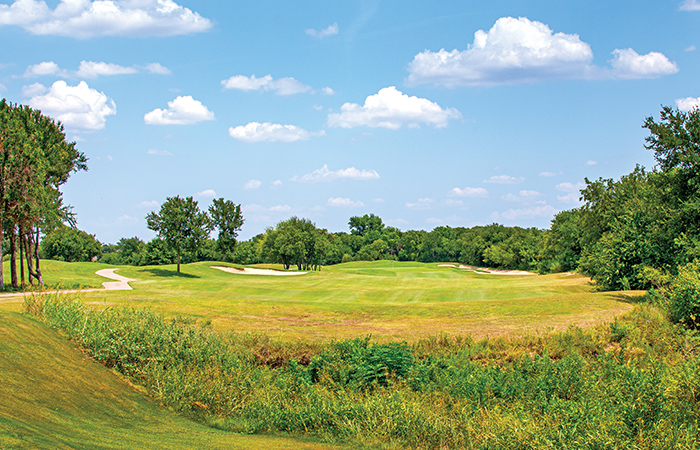 The final hole of this Morrish/Brauer is a long par-4. Playing 438 yards and slightly uphill, this hole will give even the most experienced ball strikers one final test for the day. A little dogleg to the right, this hole sets players up for a cut tee shot, which takes some additional roll and can leave a long, uphill mid-iron into the green. A vast, deep bunker guards the green short left and can leave a disastrous lie. Scribbling a four on the card to finish the day is a win for most players.

The clubhouse at Whitestone won’t blow you away by any means, but it definitely checks all the boxes when it comes to daily fee golf. If you need a ball cap or some nuggets before you tee off, they’ve got you covered. And if you want some libations pre-, mid- or post-round, they’ll take care of you in that department as well. In fact, one of the things I noticed about Whitestone was there interesting selection of cocktails, which they refer to as “aiming juice”. From the “Power Fade”, which is a sports drink/vodka combo, to the “Cure for the Shank”, which is a shot of straight tequila, the snack bar attendant will get you ready for, or help you forget the round. In addition, they also carry a nice selection of local seasonal craft beers.

Whitestone is on the rebound with new ownership in place and figures to be a major player in daily fee golf for those in southern Tarrant County. The staff is friendly and accommodating and the course and bunker renovations have brought this course back to form. Whitestone is a fun test of golf that shouldn’t beat you up, but if for some reason it does, the staff inside will be ready with some much needed “aiming juice”. 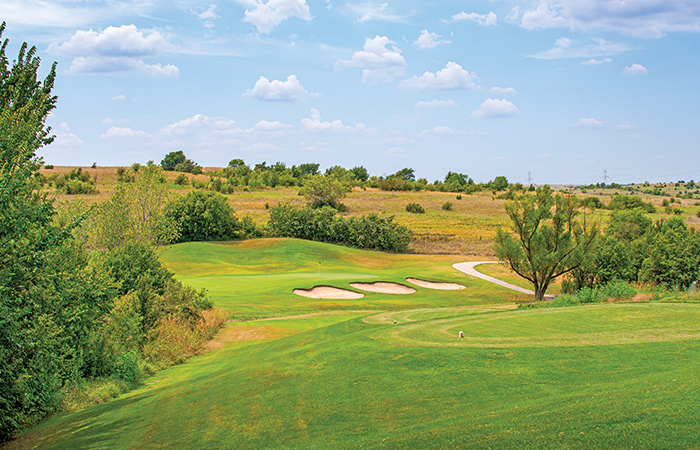 The signature 203-yard par-3 11this our favorite hole at Whitestone. Playing downhill, this iron shot plays a bit shorter than it reads on the card. A southern cross-wind can drop irons out of the sky into a trio of bunkers short and right of the green. Take too much club, and mounds beyond the putting surface require a delicate touch on any pitch shot. It’s a beautiful, challenging par-3 and would be a great addition to any layout.

For more on Whitestone Golf Club, check out the AVIDGOLFER YouTube Channel. 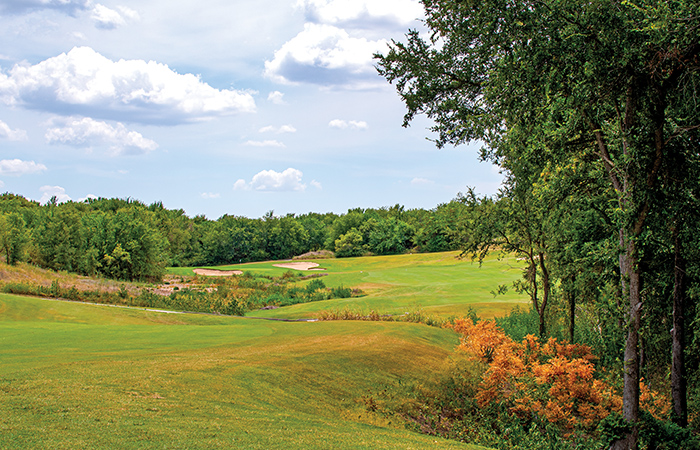