The most important club in the bag is the driver. There is no other club that sets you up for scoring success like the driver. When the driver is going long and straight, it takes a lot of pressure off of the rest of your game. PGA Tour statistics show that the closer you are to the green off of the tee, the closer your second shot will be to the hole. Poor driving is the reason I lost my web.com tour card in 2016. The rest of my game was in good shape, but I was not able to take advantage of it because I repeatedly drove the ball in places where I had to punch out or drop. If you are struggling to get the driver in play the game can be very frustrating. Here are some simple drills and tips to help get the ball in play with the big stick.

Hitting up on the ball

Just how important is it to hit up on the ball with the driver? At 100 mph swing speed, the differences in hitting up vs. hitting down are dramatic. Hit 5 degrees down and the highest ball speed possible is 146 mph. The spin rate (3118 rpm) also goes up causing the ball not to carry as far. So, at 100 mph clubhead speed hitting down 5 degrees, the ball can only carry 216 yards. If you hit up on the ball 5 degrees, the highest ball speed possible goes up to 149 mph and the spin rate goes down (1887 rpm) causing the ball to carry a dramatic 23 yards further. At the same swing speed of 100 mph, the difference in hitting up vs hitting down is 23 yards of carry distance!

How to hit up on the ball with the driver

1. The first thing to try is teeing the ball high. Most amateurs that hit down tee the ball too low because they do not want to get under it or sky the ball. If the ball is teed up low, it makes it harder to hit up. 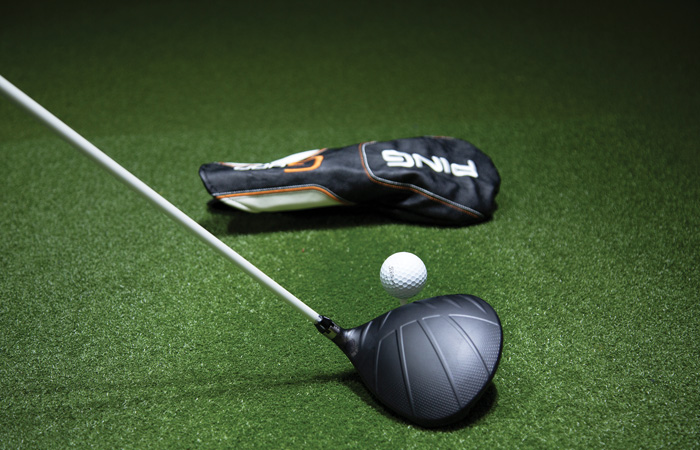 2. The second thing to try is placing a headcover about a foot in front of your ball on the target line. The goal here is to hit the ball without hitting the headcover. This is the number one drill we use when trying to change a player’s angle of attack from negative to positive. 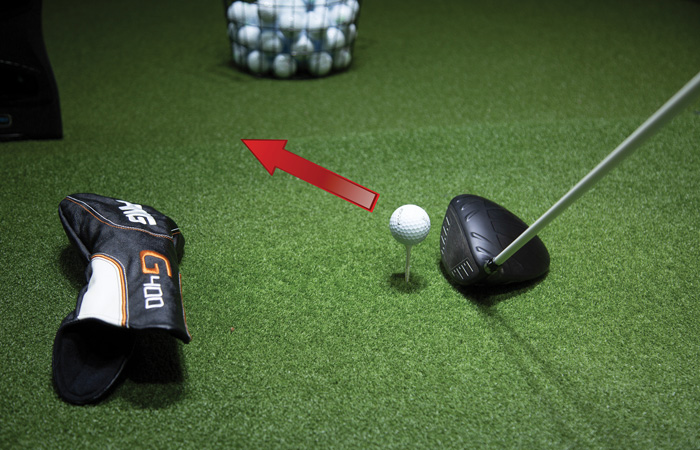 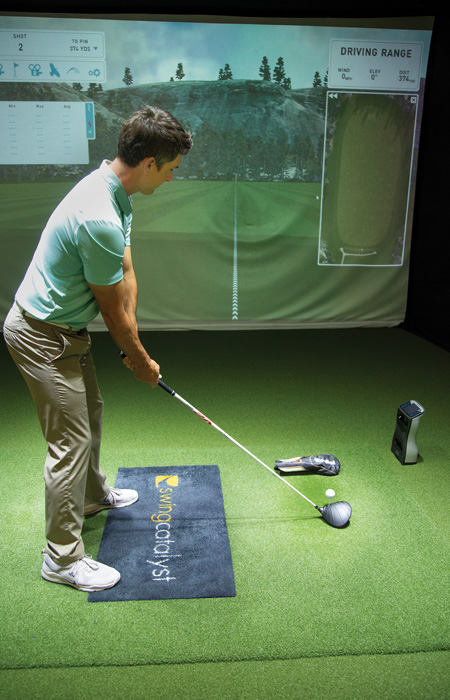 Anthony Broussard is the founder of Pure Swing Golf, an indoor golf training facility, in Dallas, Texas. Anthony played collegiate golf at The University of North Texas and has over eight years of high level professional playing experience, including playing in the 2014 U.S. Open at Pinehurst, winning the 2014 Texas State Open, and winning three other professional tournaments. Follow Anthony on Instagram @psgdallas and visit his website www.pureswinggolf.com to learn more.