Swinging the golf club can be done many different ways, with various philosophies. Some golfers like to swing using predominantly their hands and arms, while others try to take the hands and arms out of the equation and just use their body. These two schools of thought often divide golf instructors as well. Both styles have strong merit. However, depending on your tendencies, mistakes or bad shots, one school of thought might drastically be better than the other for your improvement. In this article, I’ll pick out a few common mistakes I see with students and discuss how the hands and arms or body can be more effective. 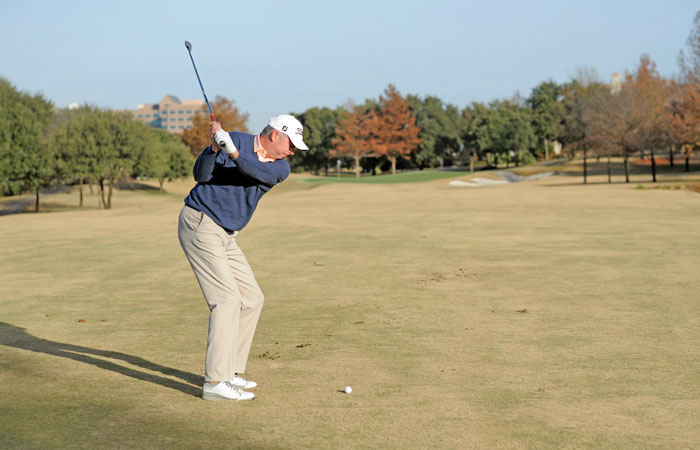 Golfers that tend to slice the golf ball have an open clubface at impact. Therefore, they haven’t used their hands and arms correctly to square the clubface. As a result, they may tend to be more body oriented in an effort to straighten out their shots. This type of mistake needs the hands and arms as well as the body to work correctly to be successful. Start with a good body turn in the backswing, then work to keep the upper body turned as the downswing starts. Allow the hands and arms to swing the club down from the inside in a circle to make it easier to release the club at impact. This will minimize and ultimately eliminate the slice. 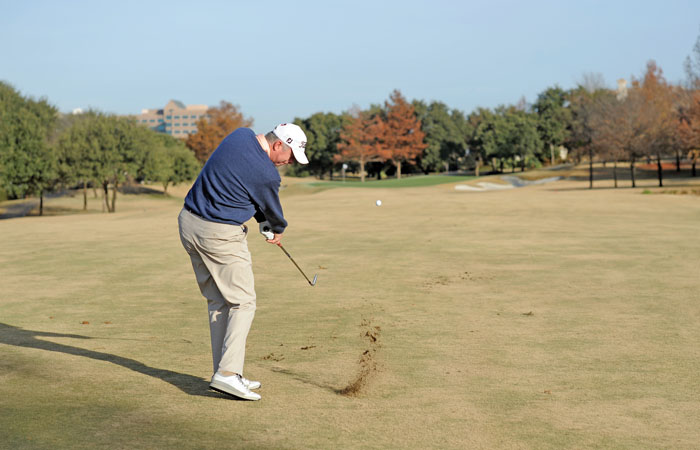 For golfers that tend to hook the ball, their hands and arms are well trained and could be closing the club too soon. I would make sure their lower body is active at the start of the downswing. The feet, knees and hips should be shifting weight back to the front leg. As the weight shifts, the lower body can start to clear and turn out of the way. When the lower body leads the downswing, the clubface is delayed in closing or releasing. This will help to minimize the hook. This feeling is also good for golfers that tend to hit the ground behind the ball. In both cases, the body is more predominant to help make the correction.

The moral to the story is that the body, hands and arms are vital to create a correct golf swing. Identify what your mistake is and then decide whether you need to be more active in one area or the other. Let your mistake lead you to the answer.
Tim Cusick is the Director of Instruction at the Four Seasons Resort and Club/Dallas at Las Colinas. The Northern Texas PGA named Cusick Teacher of the Year in 2005, 2009 and 2015, as well as the 2014 Horton Smith Award winner for education. He’s the author of ‘The Four Keys to Improve your Swing.’ Follow him on Twitter @timcusickgolf and visit his website: timcusickgolf.com