When we talk about distance most of us immediately think about swinging faster. Increasing club speed. Now, if you are maximizing the efficiency of your swing, then that might be the answer. But for most, getting the most out of your current swing will result in an increase in distance.

Without getting too much into the numbers, the ratio of ball speed to club speed gives us a number that we call “Smash Factor”. This is essentially a measurement of transfer of energy. The USGA and R and A have told the manufactures that they can build a club that has “trampoline affect” that will allow the ball to come off the face 1.5 times faster than the club speed on an optimal strike. That’s a Smash Factor of 1.50. So, if a golfer has a club speed of 100mph, the ball can leave that club at 150mph.

Now, there are factors that will reduce the transfer of energy, meaning a lower smash factor resulting in lower ball speed and less distance. The two factors we are looking at here are “attack angle” (hitting down or up of the ball) and “contact” (centeredness of hit).

SIDE NOTE: For those that are really into the numbers, downward attack angle can increase “spin loft” (difference between attack angle and dynamic loft) which directly reduces ball speed. BUT, the important thing for all of us to understand is that in order to maximize carry distance we need to be hitting up on the ball. 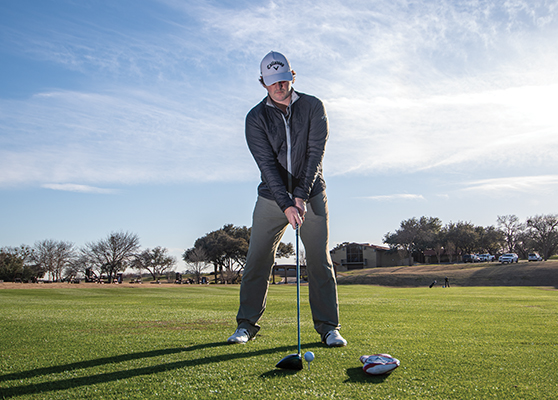 • Don’t cheat it by missing the tee and striking low of the face! Remember, contact influences smash factor and ball speed resulting in shorter distances on off center contact.

Keys to hitting up and

Tilt the upper body away from the target at address 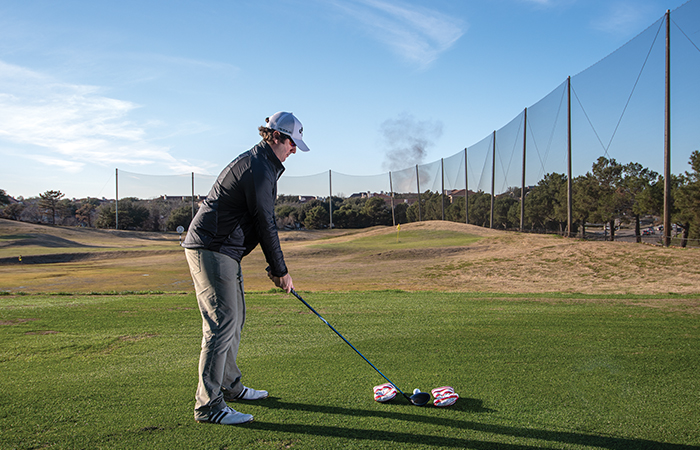 • The head cover starts at the ball

• Swing back and through without contacting the head cover

• If the club arrives closer to you than where it started, you will contact the ball on the toe and strike the head cover.

Keys to missing the head cover

A change in posture during the swing

Heel strikers must do the opposite by placing the head cover ¼ inch outside the toe of the club.

Now, it is time for you to increase your distance by improving the efficiency of your swing.

Mike Bury is the Director of Instruction at Mike Bury Golf and has been named to Golf Digest’s “Best Young Teachers in America” list for the last four years. To find out more, log on to www.mikebury.com