Playing greenside bunker shots offer many challenges to amateur golfers. The biggest obstacle I see is the understanding and then the execution of using the bounce and loft of the golf club. A standard bunker shot utilizes the bounce – or bottom – of the club to make contact with the sand at impact. This contact allows the club to glide through the sand. It also helps provide the necessary loft on the clubface in order to get the ball in the air, over the lip of the bunker and onto the green. When the bounce and loft is compromised, the shot and result is not desirable.

To execute a greenside bunker shot with the proper bounce and loft, you need to set the clubface properly at address. I suggest adding loft to the clubface first and then take your grip. This will allow you to aim the clubface in the direction of the target with some loft on the clubface. Your stance then will be slightly open to accommodate the loft you placed on the clubface.

As the club is set into motion, golfers who struggle with bunker shots make a critical error. They tend to close the clubface with their hands in the takeaway. By bending their hands and the clubface back, the clubface closes and puts them in a position to dig at impact. Neither the bounce nor the loft of the clubface is exposed anymore like it was at address. The mistake also puts the club too far behind them (or inside) on the takeaway, making it harder to hit the proper spot in the sand at impact. 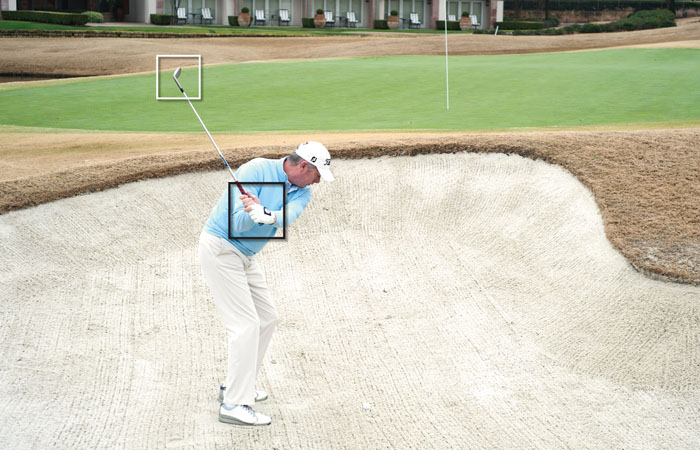 The correct way is to add some loft to the clubface in the takeaway. By doing this, it will allow for an increased amount of loft to be added to the club and it promotes a more correct takeaway. When you add loft to the clubface, it exposes the bounce of the club and allows for the bounce to contact the sand at impact. The hands, more specifically the right hand, should feel as though the palm turns open and faces toward the sky in the takeaway. This allows for increased loft on the club. At the end of the backswing, the back of the right hand will be flat to the forearm. If the right hand is bent back, then loft has been taken off the clubface and will be prone to dig.

This motion with the hands is only utilized out of the bunker or to play a very high pitch around the green. It adds extra loft and allows the bounce of the club to hit the ground. Two key characteristics of high, soft short game shots. 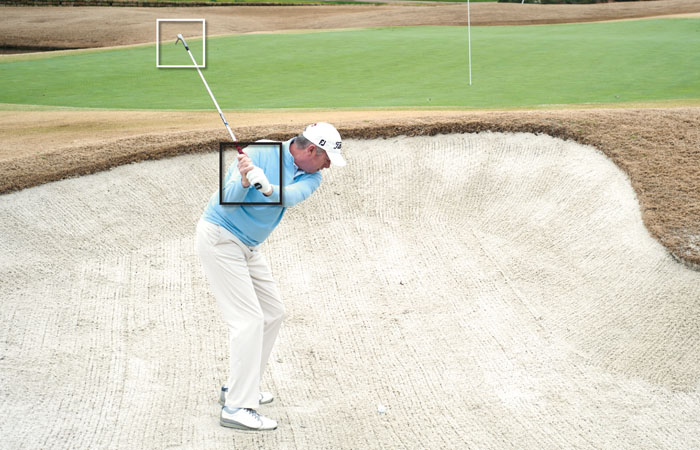