Don’t let the thick rough get to you. There are many ways to hit the ball when it is sitting down in the rough, but here is one easy way I like to go about this shot. Start by setting up with the ball in the middle of your stance. From here, lean to your lead side, having your weight 60 percent on your left side. Set up with the club more vertical at address, having the toe down in the ground instead of having the clubhead flat on the ground. This allows the clubhead to get through the rough easier without twisting the clubface. Once you have the correct setup, focus on keeping your lead arm extended through impact, as shown in the picture above with my left arm. 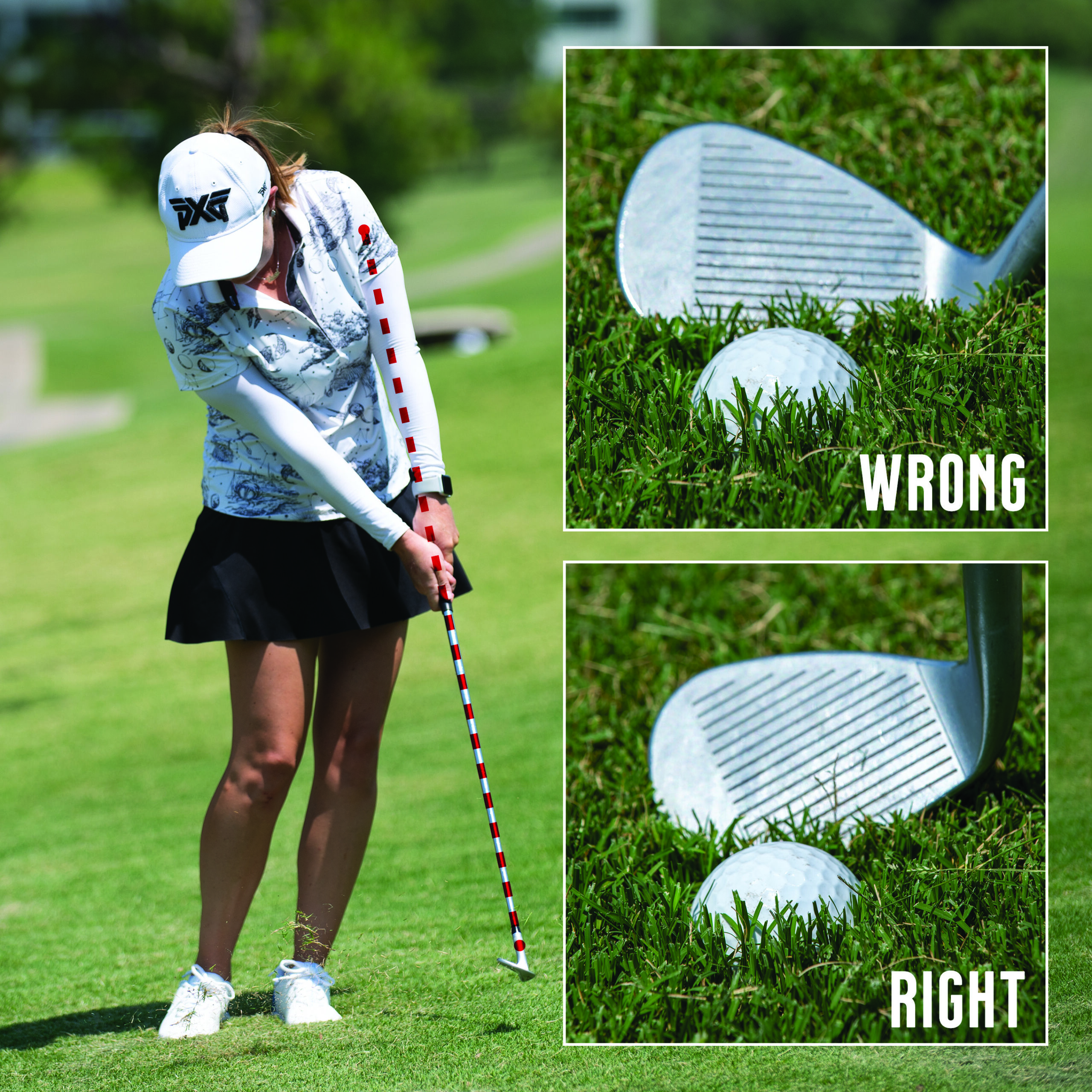 When it comes to bunker shots, it is important to use the bounce, rather than the leading edge. If you are one who tends to skull your wedge shots or chunk your bunker shot, try this drill. Set up with the ball slightly forward of the middle of your stance, 60 percent of weight on your lead side. Think of your lead hip being against a wall and bracing against the wall. Your hip will not shift into the wall or away from the wall on the downswing, but instead TURN, not putting extra pressure against that wall. Once you have this down, open your clubface slightly so that you can use the bounce of the clubface (hit the sand with the back of the clubhead, this is using the bounce). After you hit the sand with the back of your clubhead, your clubface should be pointing to the sky and trail palm toward the sky. If you are blading and chunking a lot of sand shots, that can be a result of your trail hand rotating over too much, as shown in the wrong picture where the clubhead rotated over so much it hit the bucket I placed next to me. When you are working on using the bounce of your wedge, you can place a bucket to the side of you slightly in front of your lead toe and hit shots, splashing the sand with the back of your clubhead and letting the grooves of the clubhead face the sky and clubhead work its way up to the sky in front of the bucket instead of rotating over into the bucket. 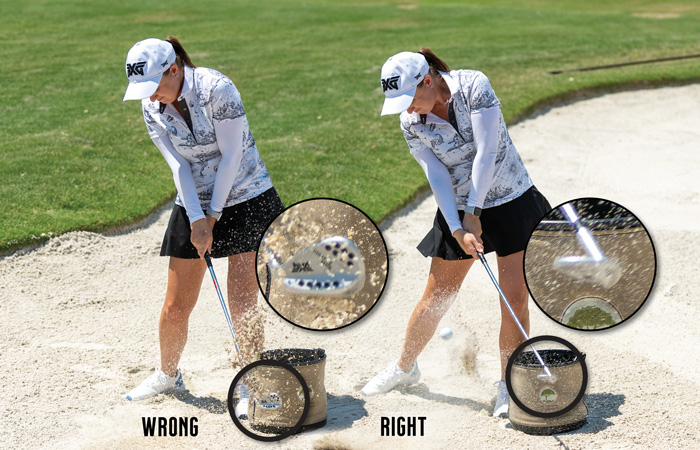 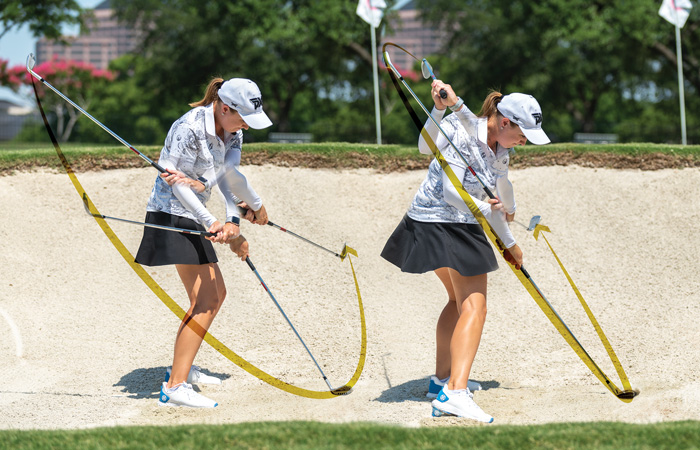 There are many ways to hit bunker shots. One of my favorite videos I’ve watched on bunker shots is when Tiger Woods and Jason Day hit sand shots, talking about the different ways they hit them. Both are incredible bunker players, but both men hit them completely different. For the advanced players out there, who know how to fade and draw the ball or for those of you who have studied swing and club path. Tiger likes to hit bunker shots feeling as if he is hitting a hook, as shown in the above picture on the left. For those of you who have too steep of divots in the bunker and the ball barely gets out, feeling a shallower club path on the downswing is a good thought. Jason Day, on the other hand, hits his bunker shots like he would a fade a little steeper angle of attack, with a swing path working more toward third base (if you are a right-handed golfer). If you like experimenting, try having a steeper angle of attack, swinging left on your downswing. And then try some shots with a shallower angle of attack, swinging more to the right or to the inside of the ball on your downswing for a shallower angle of attack to see which way you are more comfortable and have the best results. Everyone is different.