The cold fronts are now swooping in, bringing snow to those up north and chilly temps and brisk winds down south.

For golfers, that means either pulling out the long sleeves and beanies, or stowing away the clubs until spring … late spring (for some). That also means scouting the top-100 lists and best-you-can-play rankings to see where to play or take the golf buddies to in 2020.

Let us help with our picks on where to play in 2020, and why golfers should make it a point to play there.

The Dominican Republic’s Casa de Campo Resort & Villas is home to the iconic Teeth of the Dog course. Since opening in 1974, Teeth is widely recognized as the No. 1 course in the Caribbean and is continually ranked in the top 50 courses in the world. Pete Dye’s design hallmarks are all present: railroad ties, vast waste areas, peninsula greens and tees, hand-sculpted putting surfaces and a unique assortment of pot bunkers. The oceanfront holes – affectionately dubbed “The Heaven 7” – are astoundingly beautiful, causing the legendary Dye to famously quip: “I created 11 holes and God created seven.”

The 27-hole Dye Fore course joined Teeth of the Dog in 2002. Its three nines – Chavon, Marina and Lakes – are distinct. Chavon features seven holes running atop cliffs dropping 300 feet; Marina meanders down to a harbor ringed by restaurants and shops, and Lakes is artfully crafted across tumultuous terrain. Golf course architecture aficionados call Dye Fore “the most underrated course in the Caribbean.” 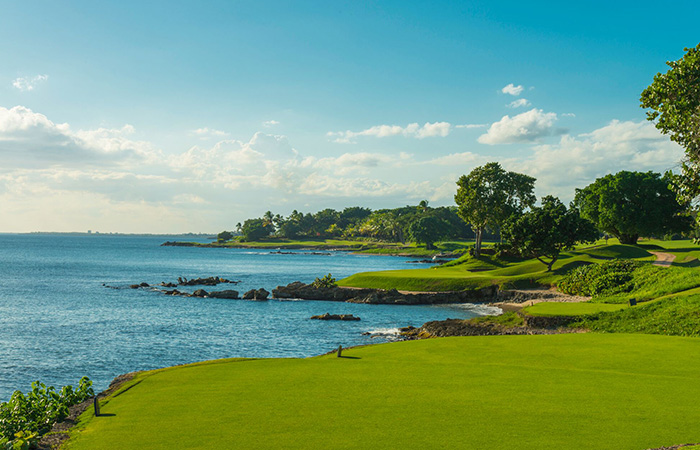 Located in the interior of the property is the resort’s third Dye layout, The Links. The moderately hilly track with tall Bahia grass framing bunkers and undulating greens presents spectacular Caribbean views. Slightly over 7,000 yards from the back tees and playing to a slope of 126, The Links is considered one of the most-forgiving courses Dye has designed.

Whistling Straits’ The Straits will be the site of the 2020 Ryder Cup. Perennially ranked among the finest layouts in the world, The Straits has previously hosted to three PGA Championships and a U.S. Senior Open. As the first resort course to host a domestic Ryder Cup in nearly 30 years, golfers of all skill levels will have an opportunity to play it before 24 of the world’s best come to town in September.

Just inland of The Straits sits The Irish. By masterfully routing the course through large dunes, Dye sculpted a little piece of Ireland in the Badger State. Named “Blind Man’s Bluff,” the 13th hole features a sunken green obscured by a large dune like the famous “Dell Hole” at Lahinch Golf Club in County Clare. Both memorable and traditional, The Irish proves there is no need to purchase a plane ticket to the Emerald Isle to experience golf in the Old World. 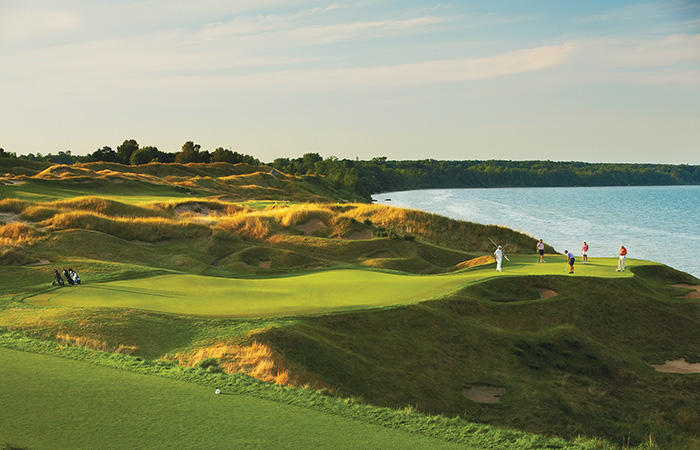 Set in a river basin formed by glacial runoff and a short drive from the charming town of Kohler sits The River and The Meadow Valleys courses at Blackwolf Run. The Meadow Valleys flows along the natural features of the surrounding terrain, winding through pastures and ravines. Tipping at 7,404 yards, The River is characterized by small landing areas, strategic bunkering and large undulating greens. It’s a classic risk-reward Dye design that GOLF Magazine has called “the nation›s finest public-access course of modern times.”

Accommodations include the iconic American Club, the only Forbes Five-Star hotel in the Badger State, as well as the newly-renovated Inn on Woodlake, which works exceptionally well for buddies’ trips.

A convenient three-hour drive along I-35 from the Minneapolis – St. Paul metro area, Giants Ridge boasts two of the highest-ranked layouts in state, The Quarry and The Legend.

The aptly-named Quarry is built on the site of a former sand quarry and iron ore mine, and dramatically raised tees and hazards provide dramatic Iron Range vistas. Carved out of the Superior National Forest, The Legend is a true “northwoods” course featuring towering pines, giant fairways and majestic views of Wynne and Sabin Lakes.

Golfweek recently honored both of Giants Ridge’s courses by placing them among the top resort courses in the nation. The publication also honored The Quarry on its Top Courses You Can Play list. 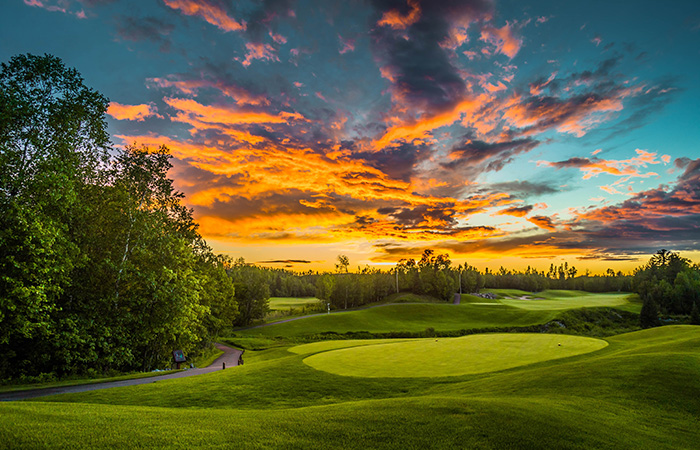 In 2019, GOLF Magazine placed Giants Ridge 11th in the Best Resorts For Families category in the publication’s inaugural ranking of North America’s Top 100 Golf Resorts. Giants Ridge also received the “Editor’s Choice Award” from Golf Digest in the “Best Golf Resorts in the Midwest” category, and The Quarry 31st in the publication’s biennial rankings of America’s 100 Greatest Public Courses.

Situated in Port St. Lucie and a short drive from Florida’s major metropolitan centers, PGA Golf Club’s three golf courses annually earn awards and accolades from numerous national golf publications. Yet, what makes them special is each offer a different and thrilling experience and are playable for every golfer.

Designed by the game’s most creative course architect, the Dye Course offers Celebration Bermuda fairways, Tifeagle greens and some of the most amazing bunker complexes ever spotted on a golf course.

The Tom Fazio-designed Wanamaker Course is often considered one of the most picturesque layouts in the Sunshine State. And because it’s a Fazio course, it is widely regarded as the most challenging of all the PGA Golf Club layouts. 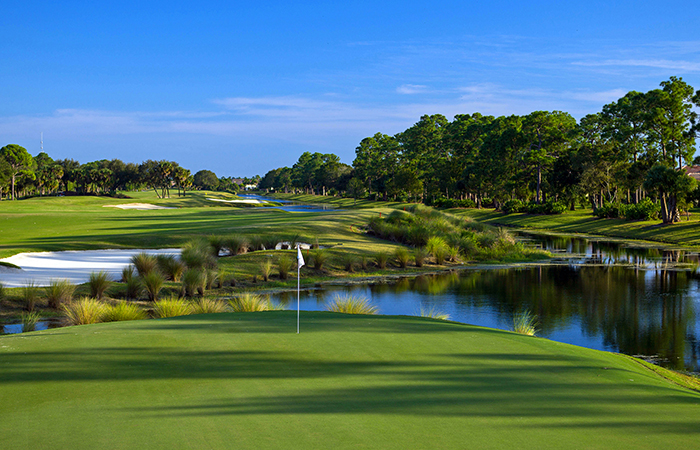 Named after Samuel Ryder, the namesake and founder of the Ryder Cup, the Ryder Course at PGA Golf Club recently underwent a renovation project that enhanced the greens and surrounding areas, and updated the faces of the greenside bunkers.

PGA Golf Club will host the 2020 Boys and Girls Junior Championships in July, and the PGA Professional Championship in 2021. This year might be the right time to play where the pros and future pros play.

In 2017, Pinehurst hired world-renowned golf course architect Gil Hanse to build a 789-yard short course called, The Cradle. After this fun and inviting course opened to critical acclaim, the resort’s leadership brought Hanse, along with his partner Jim Wagner, back to reimagine the property’s course No. 4.

Hanse equated re-designing No. 4 as a chance to “play in the sand,” as nothing in golf compares to the Sandhills region of North Carolina and its underlying soil. His team set out to revive its original sandy, scrubby and rugged aesthetic by restoring the course back to its original landforms. They recreated the hole corridors, reconnected the elevations and restored natural features native to the region. 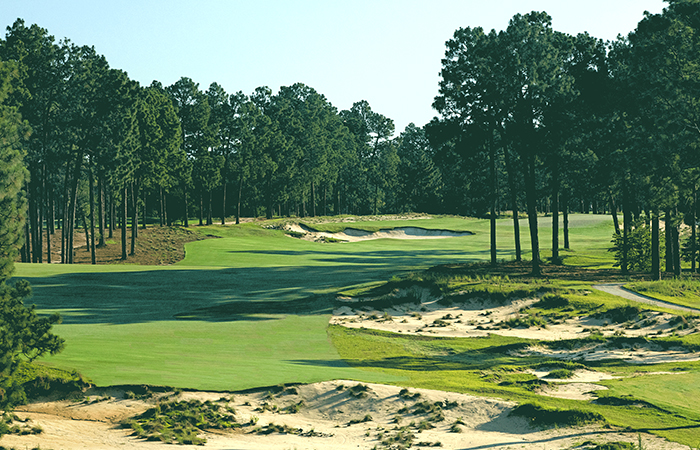 With a gleaming lake as the centerpiece and natural ridgelines defining corridors, golfers are now treated to a brazen blend of sand, native wire grasses and wider fairways. Golfers of all skill levels will surely appreciate Pinehurst’s second rendezvous with Hanse, as both parties continuously set out to create an enjoyable, interesting and welcoming golf experience.

Located just over an hour from Raleigh-Durham International Airport and within a half-day’s journey from many East Coast cities, Pinehurst is a surprisingly accessible property. With the many entertaining and unique additions that have been made to the property, including the brand-new Pinehurst Brewery, now more than ever it’s a golf oasis worthy of an annual pilgrimage.