Great golf and great food are two must-haves for any golf trip and the Mississippi Delta region offers them in abundance with the added attraction of a rich history that includes being the home of the quintessential American music form, the Blues.

A recent visit began by learning a geography lesson. The area called the Mississippi Delta, which runs approximately from Memphis, Tenn. to Vicksburg, Miss., is not the delta of the Mississippi but the Yazoo River. Centuries of flooding by the Yazoo left a layer of rich topsoil several feet thick which along with the favorable climate makes the gently rolling landscape ideal for raising a variety of crops. 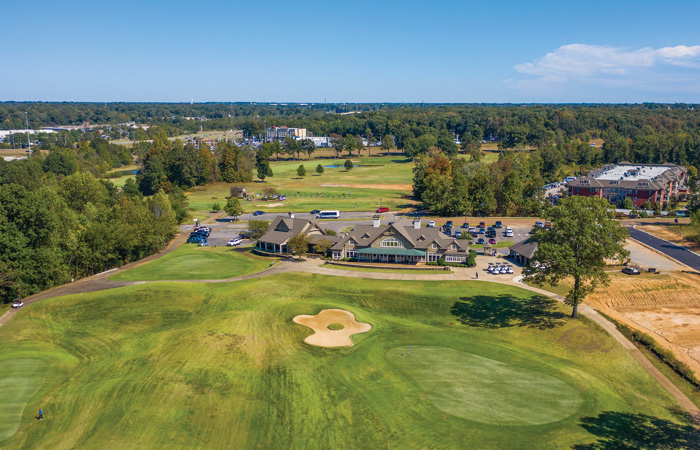 Our golf adventure began in Olive Branch, Miss. in the northwest part of the Delta, a convenient drive from Memphis International airport, at the Cherokee Valley Golf Club. Cherokee Valley is a vibrant family operation owned by Keith and Carol Allen and managed by Cody Allen and the welcoming smiles from all the staff is worth noting. With four tee sets from 4,422 yards back to 6,751 yards players of all skill levels will find the right distance to enjoy the course routing which winds around 11 lakes making use of a large hill as a feature on several holes. We were impressed with the Champion Bermuda greens that were a treat to putt while the generous Zoysia fairways gave lots of room off the tee. The practice facility offers a three-tiered range, a chipping green and two putting greens.

Moving on to Oxford we found the University of Mississippi’s Ole Miss Golf Course where we played from the middle markers on the layout designed by Nathan Crace who took advantage of the natural topography in creating the undulating fairways and green complexes. The hilly terrain means lots of approach shots will have the ball above or below your feet, but an especially vivid memory is the eighteenth hole. Just a modest 321 yards from our tees it calls for a drive over a waste area to a sharply sloping fairway leaving a second shot that is both uphill and blind to a large green fronted by bunkers. What fun! 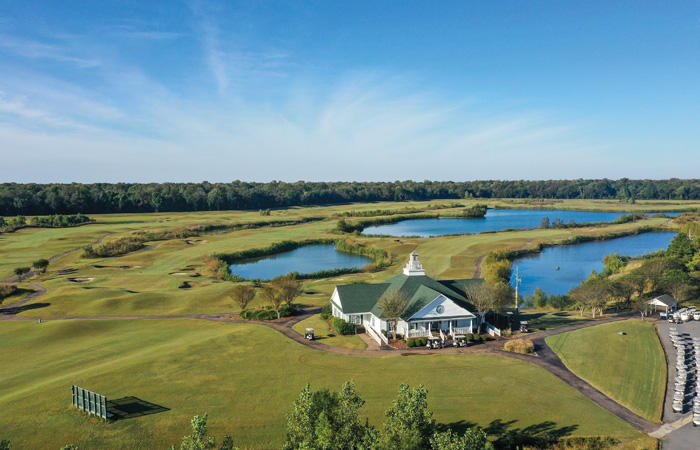 River Bend Links outside Tunica is near the Mississippi, billing itself as a Scottish links-style course laid out in “a field of dunes” and like an oceanside links the wind is always a factor. Rebuilt after a flood that devasted the course in 2011 we came away with two lasting impressions. The greens were super-quick making proper placement of the approach shot very important and, since they are large in size, leaving your ball below the pin is also critical to avoid three-putt stress. Playing to 6,922 yards from the back tees and a par of 72, River Bend is great experience for everyone.

Nearby, also in Tunica, is the Tunica National Golf & Tennis course and we agreed with its reputation of being a severe test. Walking up to the proper set of tees to match your game is always important and especially true here but not a problem since the five tee sets range from 4,972 yards to 6,923 yards. The topography is flat, so routing is dictated by the course’s many fairway bunkers and water hazards. Scoring well will be accomplished by keeping the adage of “fairways and greens” in mind. The practice areas are first rate complimenting the well-stocked golf shop. Playing from the middle markers my evaluation of Tunica was certainly colored by making two birdies on the front and then a birdie on the back plus an eagle on the par-5 16th. Go figure. 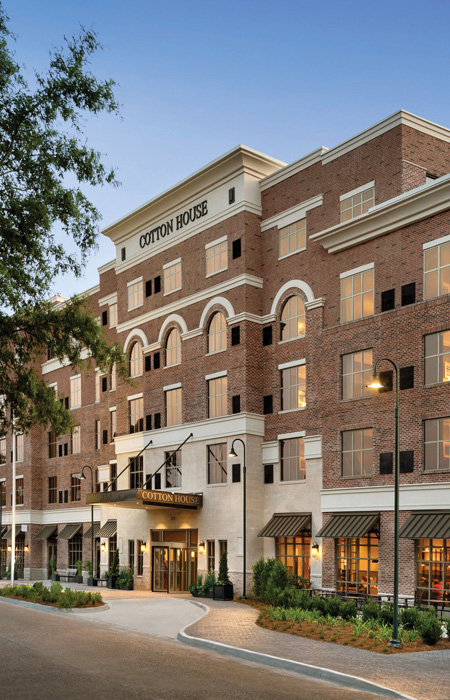 At the North Creek Golf Club in Southhaven the layout is similar to courses located near the ocean with large mounds not unlike dunes dictating play. With a par of 72 and tees from 4,559- to 6,433-yards this is a fun layout with Champion Bermuda greens and fairways of Mississippi Choice Bermuda. One of the most memorable features at North Creek is the tunnel underneath the double green serving the 13th and 15th holes, believed to be the only time has been done on any golf course in the world.

The wide variety of Delta golf will suit most every player and prices are certainly in the “value category.” The highest 18-hole weekend rate we found was $65 but more likely you will see prices of $40 or less depending on the time of year.

Even the most avid golfer can’t play all the time and the Mississippi Delta has lots of things to see and do, the most famous being the region is the home of the Blues, our country’s unique contribution to music that had an immense effect on modern composers and performers. The Blues grew from music played by slaves and later tenant farmers often on homemade instruments to express the feelings of happiness and sadness in their lives. 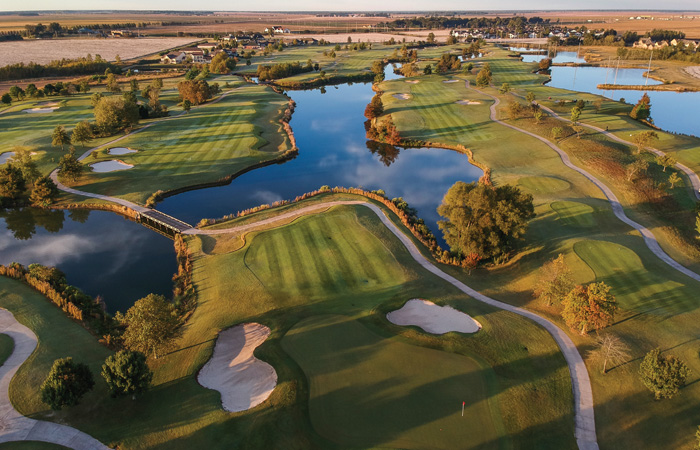 Prior to World War II residents migrated to Chicago, New Orleans and Nashville looking for a better life and took the Blues with them and gradually it became an influence on not only jazz but every genre of popular music. Musicians from Elvis Presley to the Beatles have admitted a debt to this most original form of American music.

The Mississippi Delta is also in the middle of the Americana Music Triangle (Memphis, Nashville, New Orleans) and the Mississippi Blues Trail is a good way to see the important sites. Muddy Waters, Robert Johnson and Son House all came from the area and you can visit the Crossroads in Clarksville where, as the story goes, Robert Johnson sold his soul to the devil in exchange for his amazing ability to play the Blues. Clarksville also has live Blues played every night in places such as Red’s Blues Club and actor Morgan Freeman’s Ground Zero Blues Club.

“The Birthplace of the Blues” is said to be the Dockery Plantation outside Cleveland and worth a stop for those looking to discover a sense of the real history of the people and times. The Gateway to the Blues Museum in Tunica is especially interesting and we also enjoyed an afternoon in the GRAMMY Museum in Cleveland.

Regarding our accommodations during our Delta tour they were first class, think “old South,” and included the Graduate in Oxford and The Cotton House in Cleveland. Both have a feeling of a graciousness hard to find now days in a charming, relaxing atmosphere with a staff of friendly, courteous employees.

Two nights at the Gold Strike Casino outside Tunica gave us the opportunity to test our afterhours luck at cards, roulette, and slot machines. There is plenty of action in an entertaining atmosphere with the Casno’s Chicago Steakhouse a memorable place to dine. 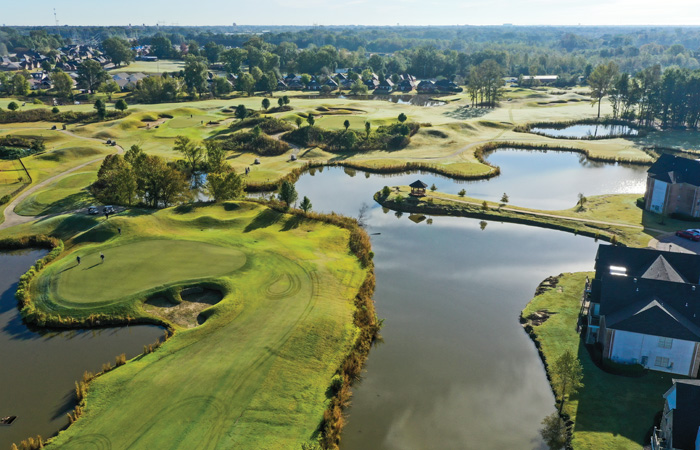 And, as long as we are talking about food, the Delta is world famous for its barbecued brisket, ribs and pulled pork with sauces you won’t soon forget. Locals and visitors flock to the Memphis BBQ Company in Horn Lake that can boast World Championship baby back ribs memorably cooked by a world class pit master, chef Melissa Cookston.

Personally, I can recommend the Shrimp and Original Grit Girl Grits (spicy cheese grits, sautéed garlic shrimp, mushrooms, scallions, white wine, lemon juice and Big Bad bacon) at the City Grocery in Oxford. For some of us this meal made the trip worthwhile all by itself but if beef is your thing and a two-pound rib eye is on your diet, the Delta Meat Market is definitely worth a drive to Cleveland.

As we said at the beginning, the Mississippi Delta is a memorable destination for lots of reasons and you will want to return often.