It’s January, and we all know what that means – only three months until the PGA Tour rolls into the Lone Star State for a run of six professional tournaments stretching across a roughly eight-week span. The PGA Tour kicks off the golf season in Texas at the Houston Open, before jumping over to the Hill Country for a few weeks and then finishing off in style in DFW, with the two-headed monster of the Nelson and Colonial. Add in the LPGA event in April in the Metroplex, and you can pretty much see every major golf star on both Tours play under the Texas flag this spring.

As exciting as that is, there are also going to be some new looks, new venues and long-asked questions answered by the end of May. The Houston Open and Colonial Invitational will have new sponsors, the Byron Nelson finally makes the move to Trinity Forest, the LPGA tournament has a new home and the Hill Country events look to grow even stronger.

So, here are some big-time story lines we will be watching come springtime as the best players in the world descend on the Lone Star State: 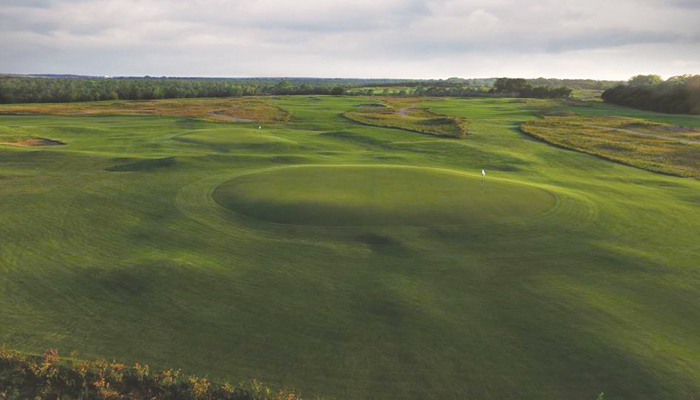 We will FINALLY get to see Trinity Forest Golf Club in all its glory.
It feels like we’ve been talking about Trinity Forest for a decade, anticipating the AT&T Byron Nelson’s move from the TPC Four Seasons down to the south Dallas club, but Trinity Forest has been officially open for less than a year. While this will be the first PGA Tour event on the golf course, Trinity Forest is already battle-tested, having hosted the Texas State Open and an American Junior Golf Association event in 2017. The golf course is certainly different than its brethren in North Texas, and while it is hard to anticipate if that will mean lower or higher scores for the Tour guys, it should certainly mean an exciting, unique viewing experience for patrons both at the course and on television. We also won’t be surprised to see a few big-name players make the trip who usually don’t, simply to play the golf course, another great plus for fans and sponsors.

Can the Dell Match Play and Valero Texas  Open continue their exciting runs?
When the Tour decided to move the WGC Match Play event to Austin two years ago, they couldn’t have possibly written a better script for the first two years of the event. In 2016, Jason Day beat Rory McIlroy in the final match, and this past year, World No. 1 Dustin Johnson beat rising star Jon Rahm in the finals – could you ask for much more? If we get a Jordan Spieth-Justin Thomas final this year, our heads might explode.

The biggest knock on the Match Play event has always been the potential for a completely lackluster weekend, and in the past, there have been years where most (if not all) the big-name players failed to make it out of pool play, leaving the actual match play part of the event with a sub-par field. Maybe it is just luck that has produced such great weekends the last two years, or maybe something about Austin Country Club fits the top players’ eyes. Whatever it is, keep it up!

About an hour down the road at TPC San Antonio, the Valero Texas Open has its own kind of excitement, of the lovable champion kind. The last three winners have been Kevin Chappell (his first Tour win), Charley Hoffman and Jimmy Walker, all three journeyman-type guys that are beloved by fans. The golf course also seems to produce exciting finishes, and we expect nothing less again this year. 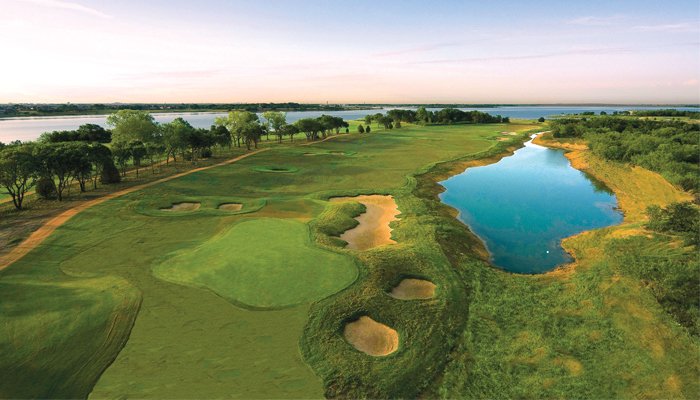 The LPGA Tour moves to Old American Golf Club.
The LPGA enjoyed a great run at Las Colinas Country Club, and we are sad to see them go, but moving the event to Old American offers some exciting opportunities and challenges. The Justin Leonard-designed course seems to have been built for the Tour pro, and it will be great for fans to be able to play the golf course (Old American is open for public play) and then watch how Tour pros play it. It can also be quite daunting and difficult, especially when the winds pick up coming off Lake Lewisville. It is an exciting move for the LPGA Tour and a fresh reset for the tournament at a great venue that should produce an exciting opportunity for fans to see the best female golfers in the world really put to the test.

Two classic tournaments with slightly new names.
In Houston, the 26-year partnership between Shell and the Houston Open came to an end, leaving the Tour favorite (and great Masters preview event) without a sponsor for the first time since George H. W. Bush was President. The Houston Golf Association is currently employing a different sponsorship model, pursuing multiple smaller-sized investments for the tournament instead of a title sponsor. While it will be strange not seeing that classic yellow shell at the event, the golf course – the Golf Club of Houston – is still one of the best on Tour, and will likely again draw a great field.

In Fort Worth, Colonial and title sponsor DEAN & DELUCA have parted ways after only two years. For a while, rumors swirled about the status of the tournament as a whole, with some speculating that Colonial’s run as a PGA Tour host club may come to a quiet end. Luckily for DFW golf lovers, that is not the case, at least in 2018, as American Airlines announced in December that they would sponsor the event. It is unclear if the company will serve as the title sponsor and how long the agreement will last, but at least for this year, the Colonial Invitational looks to be alive and well.

Will 2018 be the swan song for any of  these tournaments or their host venues?
The PGA Tour schedule has been, for the last few years, in a constant state of flux, with new tournaments coming on line, the wrap-around season becoming more established, and constant rumors of new dates and new venues. The biggest rumors lately have surrounded The PLAYERS Championship and the PGA Championship. If The PLAYERS moves back to March and the PGA moves up to May, how might that affect the Texas tournaments?

The PGA Championship could, possibly, slide right into the date currently occupied by The PLAYERS (second weekend in May), which would hopefully minimize any affect on the Nelson and Colonial, but there wouldn’t be any guarantee that both of those events would emerge unscathed. If the PLAYERS moved back to March, there would certainly have to be some re-shuffling, and maybe the Match Play gets moved around. If that has to occur, the Tour may eye the Valero’s date or one of the two DFW tournament dates as a landing spot for the Match Play. Or, maybe it moves to opposite the Zurich, which seems to have found success with the team format, and could serve as an alternate-field event.

This is all conjecture and guess work, of course, but if either big domino – movement of The PLAYERS or the PGA – were to fall in the next few years, there will undoubtedly be some serious shakeups to the schedule. It will certainly be interesting to watch.