Back in 2015, Richardson’s Sherrill Park #1 underwent a multi-million-dollar renovation, and in the years since, the course has matured and grown into one of Dallas’ finest municipal tracks. The Miniverde greens roll fast and true and are some of the best AG has seen over the last several years.

Originally designed by Leon Howard, both Sherrill Park courses have become a must-play for locals and tourists alike. PGA TOUR Veteran D. A. Weibring and Design Resource, Inc. completed the redesign of Sherrill Park Course No. 1 in 1997 and Course No. 2 in 2001. The facelift to the No. 1 course back in 2015 made it one of the top options for daily fee players in the North Dallas area. 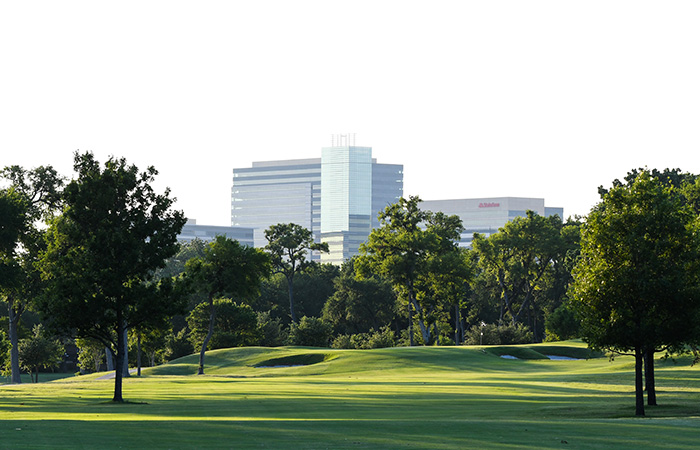 A scoring opportunity awaits as players begin their round on the No. 1 course, with a manageable par-5 that plays just north of 500 yards from the back tees. A small pond guards the right side of the fairway at about 220 yards, so the longer hitters can fire one right by it. If you look to play this hole as a three-shot par-5, then be mindful that the water is there. A pair of greenside bunkers can collect approach shots from those that are bold enough to attempt to get home in two.

The second hole is a short but demanding par-4. Shorter hitters can fire the driver down the pipe and be short of a water feature, but for longer hitters, especially when the fairways are running fast during the winter months, an iron should do the trick. A wedge should be next for a reasonable chance at a birdie.

No. 3 is the first par-3 on this layout and it is also the No. 18 handicap hole. Playing at 197 from the back tees, this hole does feature some water to carry. So, a par may not be as easy as the scorecard may lead you to believe.

After the short par-4 fourth hole comes the second par-5 on the front. This one is narrow off the tee and plays close to 600 yards from the tips. Water right of the green can collect any erratic attempts at reaching the putting surface in two.

A final front-nine par-3 is followed by three straight tough par-4’s to round out the front nine. The toughest of that trio being the par-4 eighth hole, which rings in as the fourth toughest hole on this layout. A narrow landing area off the tee will test even the best drivers of the golf ball. The approach can be north of 160 yards depending on your length off the tee. A tee ball of 270 yards will leave a remaining approach or about 175. So, this is definitely a hole where the longer players have a distinct advantage.

No. 10 is a demanding par-4 with a water feature on the right. Favoring the left side of the fairway will leave a longer approach, but it’s worth it to avoid a watery grave to kick off the inward nine.

The first par-5 of the back comes at No. 11. Be wary of missing too far left and ending up among the trees. Find yourself over there and getting home in two is impossible, while hitting the green in regulation becomes a toss-up. A pair of greenside bunkers will collect anything short and make par a tough proposition. 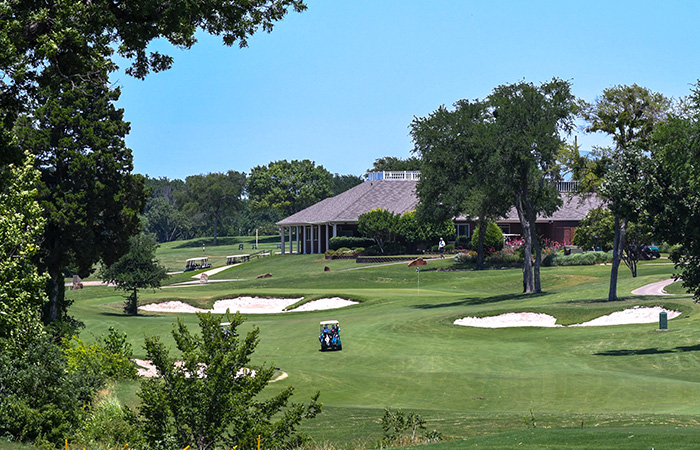 The 12thhole is one of the most interesting at Sherrill Park No. 1. Although it reads on the scorecard as playing a little over 400 yards, a speed-slot in the center right portion of the fairway can send balls careening into a greenside water feature, especially when the grass is dormant and the fairways are running fast in the winter. If you choose to play an iron off the tee, you will have a mid-iron into a slightly elevated putting surface.

The first par-3 of the back nine comes at No. 12. This one registers at about 150 yards or so depending on which tees you choose. Be careful leaving shots short here, as anything that misses the green up front has the potential to catch a severe slope and possibly end up in a pond about 40 feet in front of the green.

After another long par-5, the second par-3 of the back appears, and playing at 188 yards, this one is the second longest of No. 1’s par-3s. It also plays a bit uphill, so be aware that you may need an extra half club or so.

Back-to-back-back par-4s round out the finish at Sherrill Park No. 1. All three holes are gettable, as none of the three play longer than 430 from the tips. Although on No. 17, be aware of the water across the fairway, as driver can chase through and end up wet. A hard-hooking right-to-left hybrid or three wood might be a more reasonable play.

The ultimate hole at Sherrill is a 423-yarder that usually plays with a dominant right to left crosswind. Favor the left side of the fairway to take the water on the right out of play. A small green protected by bunkers left and long requires a pinpoint iron shot.

As much as I enjoy this layout, the greens are really the great equalizer on No. 1 at Sherrill. There is no other way to describe them other than FAST. If you are above the hole, hang on for dear life, because a 6-foot comebacker is likely. If you’re headed for Sherrill Park, make sure you take some time on the putting green pre-round to get accustomed to the speeds. That being said, they are extremely smooth. Good putts that are online are going to fall, but just be aware that they will be a significant bit quicker than some of the other local municipal courses you may be used to. 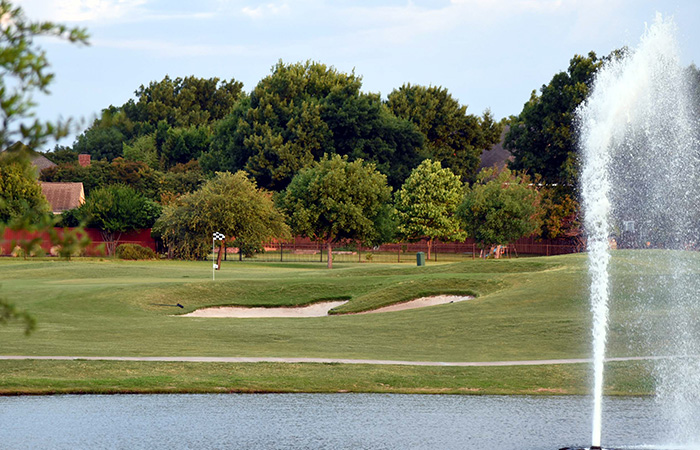 Sherrill Park No. 1 has a sister course, called appropriately, No. 2, which is the more difficult of the two and sees about 35 percent of the total play at Sherril. No. 2 is also the more affordable option, so it can be a nice retreat if you’re willing to tackle the tougher 18.

The clubhouse has all the things you’ll need as a daily fee golfer. Need a cap or a shirt? No problem. A beer or a sandwich? They’ve got you covered.

Head Pro Ronnie Glanton says there aren’t any plans for the course moving into 2020, saying that the renovation in 2015 has the property exactly where it needs to be. We agree. Sherrill Park is one of the best values in the north Dallas area. A great layout with fantastic greens and a pair of courses for you to choose.