When we last published a preview for the AT&T Byron Nelson, we had yet to enter the pandemic and the tournament was scheduled to be contested at Trinity Forest in south Dallas. My, how things have changed since the 2019 Nelson, which was won by Sung Kang with a score of -23.

Since then, tournament officials pulled the plug on what is universally considered a failed bit at Trinity Forest, which never could get any footing as a legit PGA Tour venue. Rumors were abundant of a possible return to the TPC Four Seasons Las Colinas but, alas, no deal could be reached. 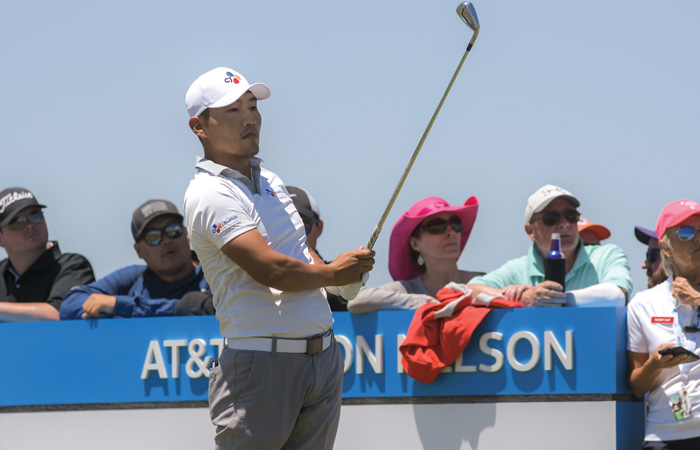 In stepped an unlikely candidate in TPC Craig Ranch, a McKinney course that has some chops, but was never really considered as a front-runner to capture the homeless Nelson. But it happened, as Craig Ranch and ClubCorp made their pitch, along with the city. And just like that, the Nelson has a new home.

The course itself has all the necessary tools to be a great host site. The 7,400-yard Tom Weiskopf design has plenty of teeth, as well as an abundance of room for hospitality areas and other amenities. One of the best parts of the new layout will be the stadium seating around the par-3 17th hole. This will feature an almost enclosed seating bowl similar to that at the TPC Scottsdale 16th hole, which, during non-pandemic conditions, is one of the most electric, entertaining holes in all of professional golf. 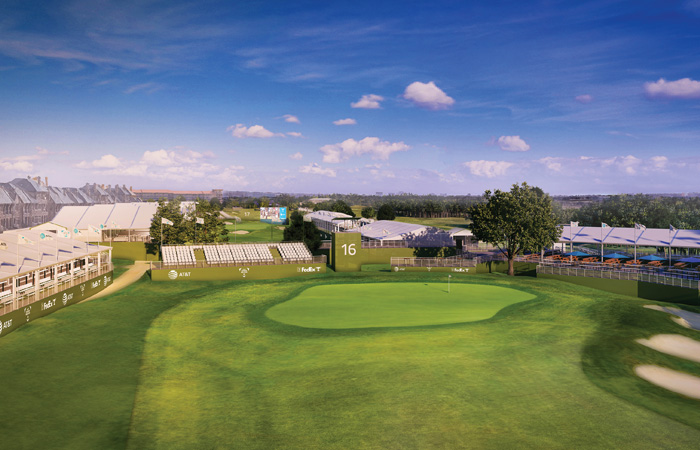 There inevitably will be some growing pains, as there are with many new tournament venues, but odds are this will be a much better overall product than we saw at Trinity Forest.

So, who is showing up to play at the AT&T Byron Nelson?

Although the final field won’t be official until May 7th, these are the current players who are scheduled to attend. To begin with, 2019 champion Sung Kang will be back to try to defend his title. It will be a bit different, as not only has the course changed, but Kang will be defending a title that is two years old. In addition, 2009 winner Rory Sabbatini will be in the field, as well as 2013 winner Sang Moon-Bae and two-time champ Sergio Garcia, who captured the title in 2004 and again in 2016. Aaron Wise, the 2018 champion from the inaugural tournament at Trinity Forest, is also scheduled to compete.

Not only are there some former champs in the field, but the world number one Dustin Johnson is also committed to play, along with world number three Jon Rahm and the number five player in the world, the long-hitting Bryson DeChambeau. Masters champion Hideki Matsuyama is also set to play, as well as up-and-coming star and runner-up at Augusta, Will Zalatoris. 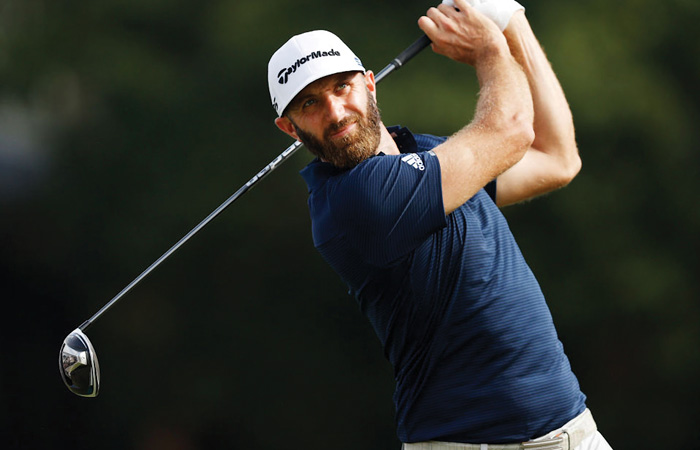 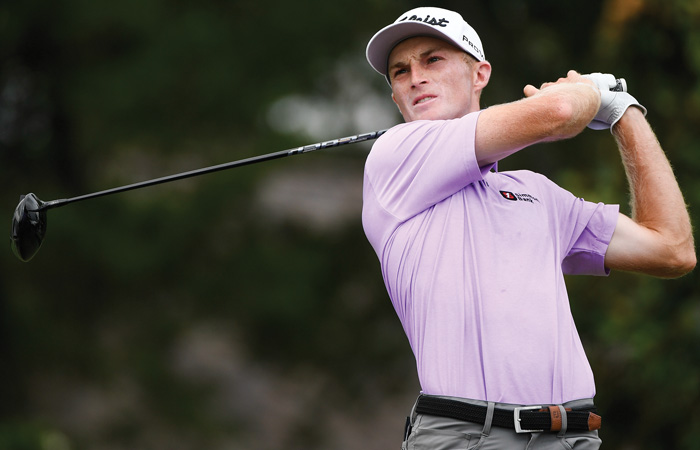 Where are the best places to watch the action unfold?

That’s a great question and, to be honest, we will have to see for ourselves since it’s the first time at TPC Craig Ranch. What we do know is that there are some really great holes for spectating.

Of course, I already mentioned what they will be doing with No. 17, so of course that should be a great place to post up and watch, especially down the stretch in the final round. No. 18 should be a good spot as well, with a fun approach shot in which some guys can make a birdie or either a mess of things. Other notable holes are the par-4 sixth, which will play just north of 350 yards, giving some of the bombers *cough* DeChambeau *cough* a thought of maybe gassing one up and trying to get there. 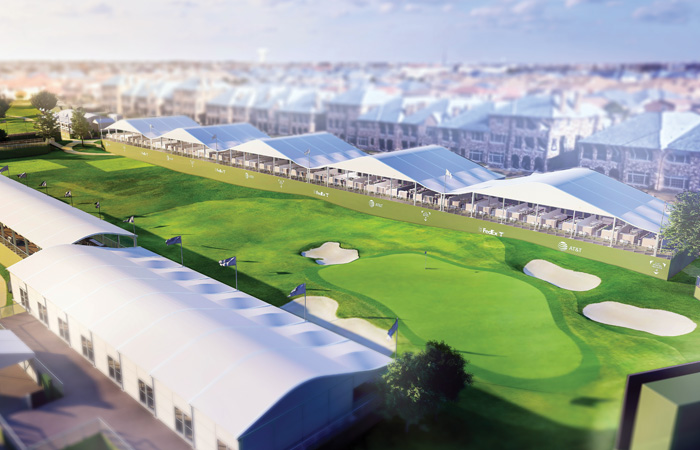 Other fun holes are the long, uphill par-4 13th, which may give players fits, considering it plays over 500 yards from tee to green. Immediately following that bear of a hole are a couple great places to settle in and watch some groups. The downhill, drivable par-4 14th plays just 330 and, again, could be a hole the longer players try to reach for a chance at eagle. A 216-yard par-3 follows. And with water up front, this one could be a make-or-break swing for some of the players down the stretch.

Speaking of tickets, how much are they and how do I get them?

Obviously, tickets are in very limited supply. There are two options available.

The Bourbon Bunker sells for $100. Overlooking the ninth green, this open-air club features a Texas-themed menu, specialty Garrison Brothers cocktails, beer and soft drinks all for purchase.  In addition, the outdoor patio has views of the par-3 seventh hole. Unfortunately, as of the writing of this article, Friday and Saturday tickets were already sold out. Check the website for details.

The other option is the Choctaw Club, which will run $425 per day. This experience has up-close views of the 16th green, a premium III Forks Steakhouse menu and full bar. Guests have access to 8,000 square feet of climate-controlled space, with access to expansive outdoor, socially distanced patio space that includes views of the 12th green and 13th tee. Full packages, as well as limited single-day tickets, are available.

Again, it should be mentioned that these tickets are in limited supply. So if you would like to attend, it’s best not to wait around.

With the COVID-19 pandemic changing our way of life for over a year now, the sports landscape has been infinitely different. In 2020, the AT&T Byron Nelson was scrapped, essentially ending the Trinity Forest years and opening the door for a venue change to TPC Craig Ranch.

The Charles Schwab Challenge, however, was the first event back from the pandemic hiatus, although it was decidedly different with no fans, limited media and required testing for all players and any personnel who were allowed on the grounds. In the end, a playoff belonged to Daniel Berger, as he took down Collin Morikawa, who went on to win the PGA Championship in August. 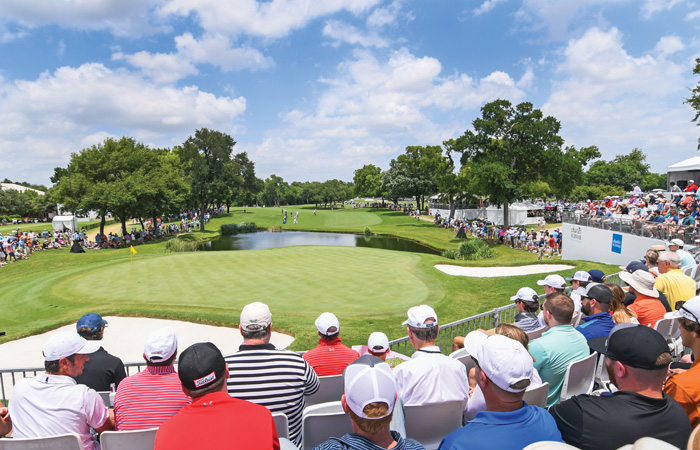 The Colonial event was first held in 1946 and has been contested every year since 1950, making it the longest-tenured Tour event at a single venue. It also means the 2021 tournament is the 75th anniversary, so expect to see signage celebrating that milestone during the tournament.

Although things are trending in the right direction, with people being vaccinated and the possibility of herd immunity on the near horizon, the tournament schedule and ticketing will still be a bit different for 2021, with limited fans allowed and some changes to what a normal tournament at this historic venue would look like.

Who’s going to be in the field?

Let’s start with former champions. Keith Clearwater returns to Colonial, now 37 years removed from his victory in 1984. As of the writing of this article, he is the only commitment to the tournament field who claimed the plaid jacket in the 1980s. Other former champs include 2020 winner Berger, who will attempt to make his first Charles Schwab Challenge title defense. The 1999 winner, Olin Browne, will also compete, as will 2007 champ Rory Sabbatini. In addition, two-time champ Zach Johnson, Kevin Kisner, Kevin Na and three-time major winner and 2016 champ Jordan Spieth will be in the field. 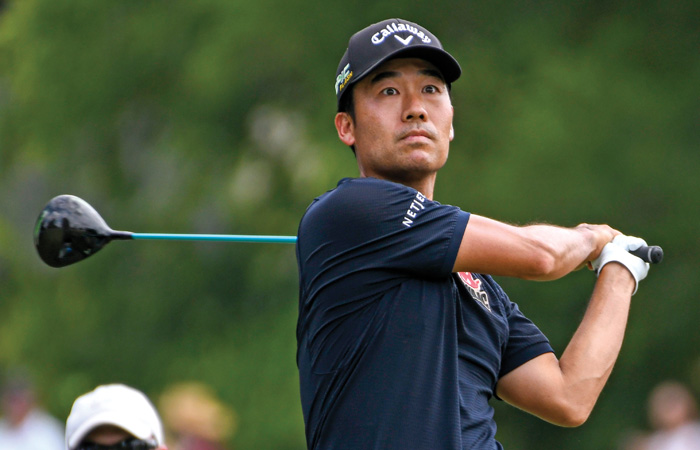 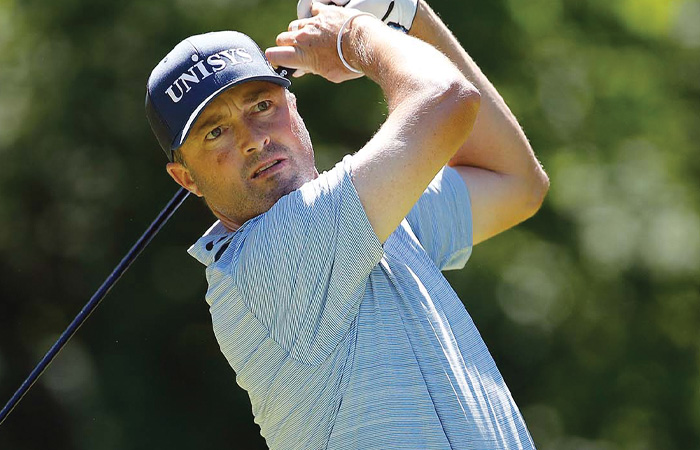 More commitments could happen from the time this article went to print and tournament week, so keep your eyes on the Charles Schwab Challenge website and social media accounts for additional players who will tee it up at Hogan’s Alley.

As previously mentioned, fan attendance will be limited this year, so the ticketing situation is a bit different than in years past. The top-of-the-line ticket, which is known as the 75th Anniversary Ticket, is what tournament organizers are calling their “All-Inclusive Ticket.” This pass gets you full access to the grounds, including admission into both the Palmer Village at No. 13 green and the Crenshaw Village at No. 15 & No. 16 holes. Exclusive Villages include ambassador greeters, wait staff, shaded seating, TVs and elevated views.

All 75th Anniversary Ticket holders will also have access into the private Colonial Country Club pool house and spacious adjoining patio upon arrival and throughout the day. Enjoy concierge amenities, full bar, food, restrooms and air-conditioning just steps from the clubhouse. Complimentary beer, wine and food are also available at refreshment stands across the course. 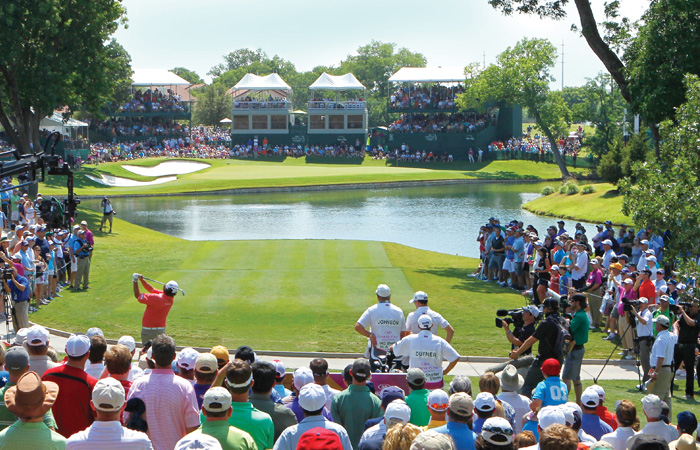 Now, this 75th anniversary ticket will set you back $475, but the return on investment will be worth it, as you won’t have to take out your wallet once you get to the course, as well as having access to just about everything on the grounds. It includes some really good food, too. For example, Thursday in the Crenshaw Village, they are serving fish and chips, while Friday patrons will have BBQ salmon over field greens. Saturday is a snapper Veracruz with rice pilaf and Sunday is baby back ribs or a club sandwich.

The Patio Club ticket is another option. This elevated patio offers views of No. 16 green and No. 17 tee, exclusive to Patio Club ticket holders. Cool down inside the spacious clubhouse ballroom, where Patio Club guests are treated to an exclusive menu from Colonial’s Executive Chef, with full-service bar. For $575, you essentially become a member for a day. It includes comfortable seating and table space on the patios and inside the private ballroom for all guests. Again, this pass will cost you, but it’s very exclusive, as only 400 will be sold. As of this publication, the Friday allotment was already sold out.

The final, and most affordable, option is the Premium Grounds ticket. This daily ticket will run you $175, but they are only offering 2,000 per round, or 8,000 for the week. This, again, is an all-inclusive ticket that entitles holders to free beer and wine at concession stands (liquor cocktails not included). You also have access to the Schwab Performance Center and the fan shop. These tickets are going fast, so don’t dawdle.

If I get tickets, where should I take in the golf action?

Of course, if you have access to the patio, then the 16th is a great spot to watch. But if you are just inside with a premium grounds ticket, then the trio of holes known as the “Horrible Horseshoe” is a great place to start. The third, fourth and fifth holes always are fun watching spots for spectators. If you want to see guys swing away, then the par-5 11th is a good spot, as most everyone will gas up a driver on the longest hole on the course. The par-3 13th has long been the best spot for the party atmosphere, but with limited capacity this time around, it may not be as electric as in years past.

Daily tickets are available at www.charlesschwabchallenge.com