“Here we are” my mom remarked. Her voice possessed a softness that only she could accomplish. She promised she would video this moment, the moment I took one giant leap into my future, but in a tired haze we marveled at the sight before us, free of the obstruction of her cracked phone screen.

I looked up to see a row of USGA flags waving in the wind. The unrelenting fog of “June Gloom” had temporarily loosened its grasp on the grounds of Olympic Club, and the sun shined upon the backs of players and coaches alike. No Apple technology could’ve accurately captured the beauty of this image, for through the busy practice green and cypress trees, sat a glimmer of hope that I would soon secure the object of my envy, an opportunity to compete at the U.S. Women’s Open.

As I stepped out of our car, we were greeted by a growing line of Lexus SUV’s, with the only break in the repetition being our silver Hyundai. With the luxury Lexus courtesy cars being one of the many perks of being in the U.S. Women’s Open, they served as a persistent reminder of my first alternate status, the same status I held for exactly 20 days. In an instant, I was taken back to the memories that stuck out in my mind more than our rental car. 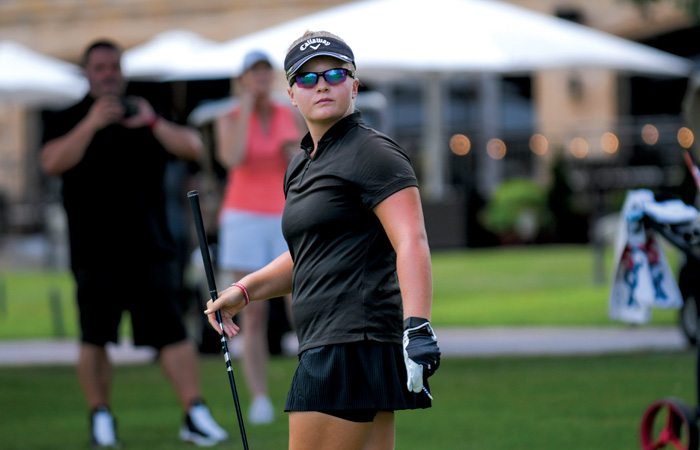 A mist left everything in sight slightly damp, and the constant cloud cover provided a break for my tired eyes. In my hands was a box made of walnut with the USGA logo carefully etched in white paint on the front of it. Inside was a silver medal I received for my low amateur performance. I stared at the medal fully aware that this was a notable accomplishment, that this was something to be proud of. But in the absence of pride was the presence of apathy, and the only real attachment I held to this medal was my loose grip on the box, as if the satisfaction of it possibly falling to the ground made up for the floodgate of emotion that would open within minutes. Never in my career had I left so much of myself in 36 little squares on a scorecard, and never in my career had I been so close to my long-standing aspiration of playing and experiencing professional golf. I stood in the Oakmont Country Club parking lot with a bitter nostalgia of the time where I believed my own excitement to be a premonition of what was to come. The time where the only uncertainty I encountered resided in an in between yardage.

Clutching my player identification badge, I walked into the Olympic Club clubhouse. There was a steady chatter about my surroundings, and everyone behaved with a certain courteous tenacity, only halting their afternoon routine for a conversation with a passing acquaintance that typically included a comment or three about the rough. I was fully aware that excelling on a U.S. Open set up would be no easy feat, but as I wandered off into an abyss of possibilities, I found myself just as lost as a golf ball on a missed fairway.  The thought came as quickly as it fled, for I soon realized that I was directly barricading the heavily trafficked entrance, and most likely inconveniencing some of the LPGA’s biggest stars. Players that I have tried to emulate in every shape or form sat right there before me, casually enjoying the scenery and dining on a pre-round meal, just as I knew I would within minutes. 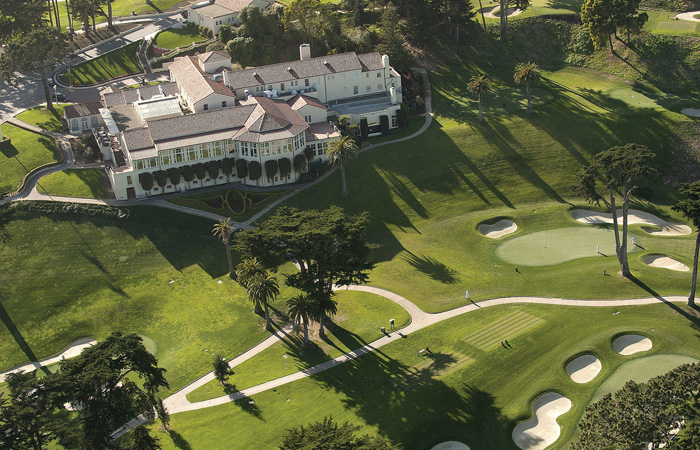 The dining area was filled to the brim with sunlight radiating through the tall windows, and the air was heavy with scents of the world’s finest cuisines. The conversations of players echoed throughout the room much like the Olympic Club’s rich history, and there was a quality to the vast dining area that left me in complete awe. These walls have held the greatest in the game, and they perpetuated the bright surroundings for me in the same way it did them. From any table in the room, you could view the course perfectly. Some of the most special moments in the game had played out on the land adjacent to where I stood, and they were constantly relived by the same love for the game that continues to enchant golfers around the world.

I eagerly climbed the many staircases of Olympic Club on my way to the first tee and was met by the smiling face of a woman in a blue blazer with pins of various golf associations displayed all over it. She introduced herself as a rules official, but I had already made this conclusion by the sheer sharpness of her attire and my brief history with the first tee of USGA events. The sound of my name with the words “Play away please” attached to it was both the most exciting and nerve-racking experience of my career, so I braced myself for the remote possibility that this was in my near future. “There’s no need to announce you, it’s just practice. So, whenever you are ready, you may play,” the official noted. I teed up my golf ball on the left side of the tee box and recalled a bit of information I learned from an informational video courtesy of the USGA. In the depths of my mind were the words of a host that was filled with remarks regarding the first hole as a great scoring opportunity. “Easy enough” I thought foolishly. I addressed the ball fully convinced that I was instantaneously blessed with the swagger of Koepka, and the distance of DeChambeau. My false sense of confidence paired with a U.S. Open set up was about as chaotic and confusing as the pair’s relationship, and I was robbed of my naivety within seconds. My opening tee shot was less than stellar, and the Golf Channel’s live broadcast booth just off the fairway was suddenly in jeopardy of a broken window, and my golf ball was in danger of an eternity in the nasty jaws of Kentucky Bluegrass. “Easy enough” I repeated. 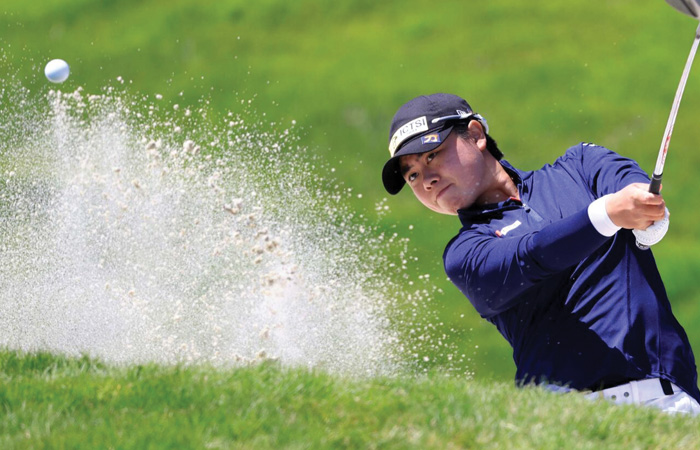 As I made my first steps onto the narrow first fairway, I was greeted by rows of trees that towered over every part of the golf course. With every swing I made, I knew I was farther away from hearing a USGA official say my name with the words, “Play away please” attached to it. But there was one thing that remained completely untouched by the unfriendly nature of disappointment, for as I desperately attempted to conquer the difficulties that stretched all throughout the hallowed grounds of Olympic Club, I felt the same joy for the game of golf that has captivated me for ten years. Through every missed fairway, I continued to enjoy every second of my time in the enchanting environment of major championship golf, for I knew that if it was in a year or even ten years, I would be here again.