To perform a technically sound swing, the lower and upper bodies need to be able to disassociate from one another. For the lower body to disassociate, however, the upper body must be stable enough to support itself independently or it becomes nearly impossible for the club to return on the same impact plane line initiated during the backswing. Variations in the impact plane line will lead to inconsistent ball trajectory and, often, injuries. The inability to disassociate also leads to a major loss of energy flow from the lower body to the upper body and, ultimately, to the club … hampering clubhead speed.

With that in mind, please see my three favorite upper-body stability exercises. Each exercise should initially be conducted with deliberate and slow repetitions.

Keep the back parallel to the floor, forearms flush to the ground, hands apart and elbows at 90 degrees. Swivel the hips gently back and forth around the lumbar spine, while never allowing the glutes to drop lower than the flat of the back. Find a breathing rhythm and draw the stomach to the spine  Complete three sets of 15-20 repetitions on each side, or “swivel” for 30-45 seconds. 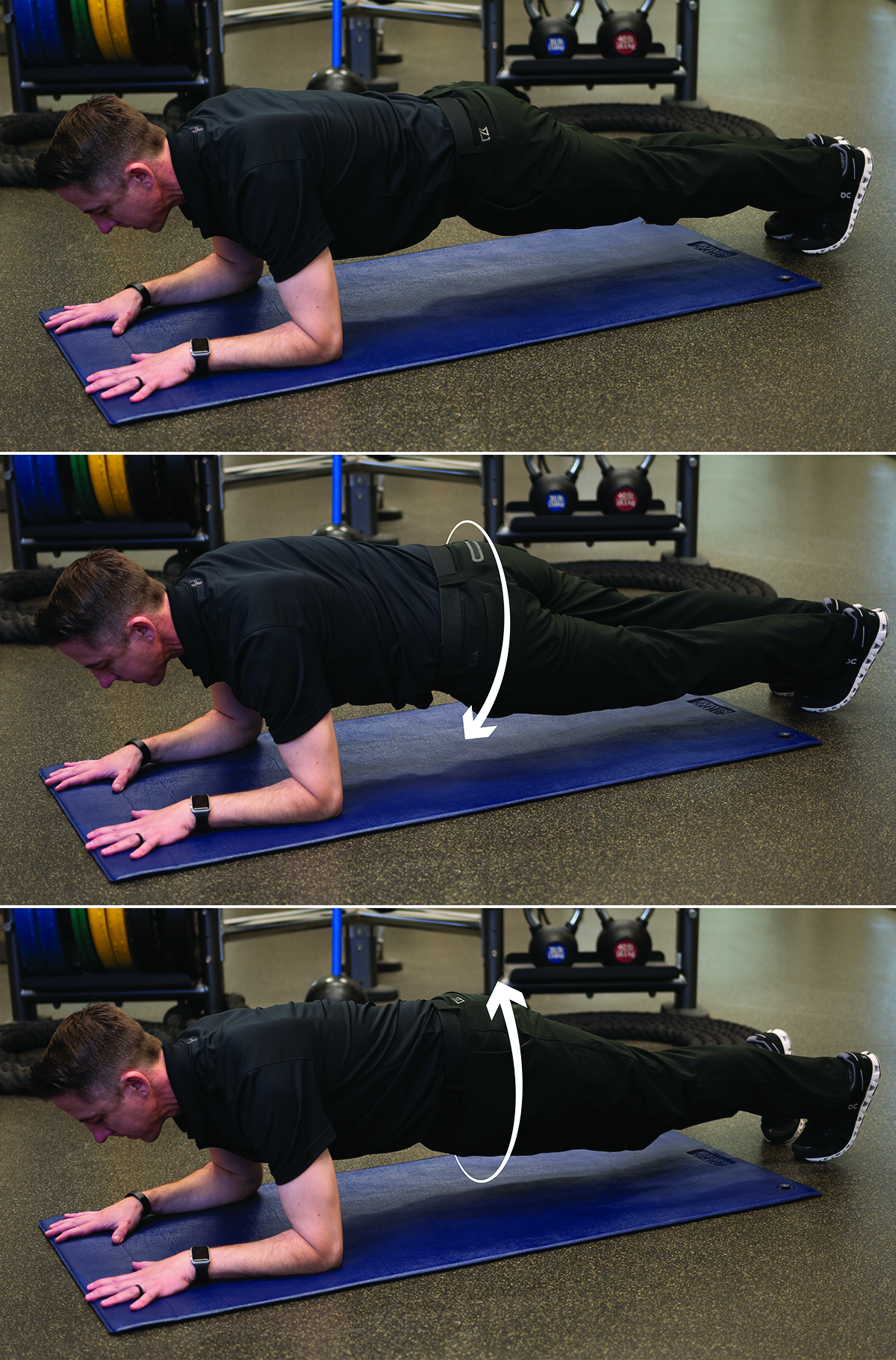 Keep the back parallel to the floor, palms flush to the ground and hands apart. While keeping both hips level to the floor, drive one knee internally, then return to neutral. Work to the point that the leg in motion doesn’t touch the ground. Find a breathing rhythm and draw the stomach to the spine. Complete three sets of 10-12 repetitions on each side. 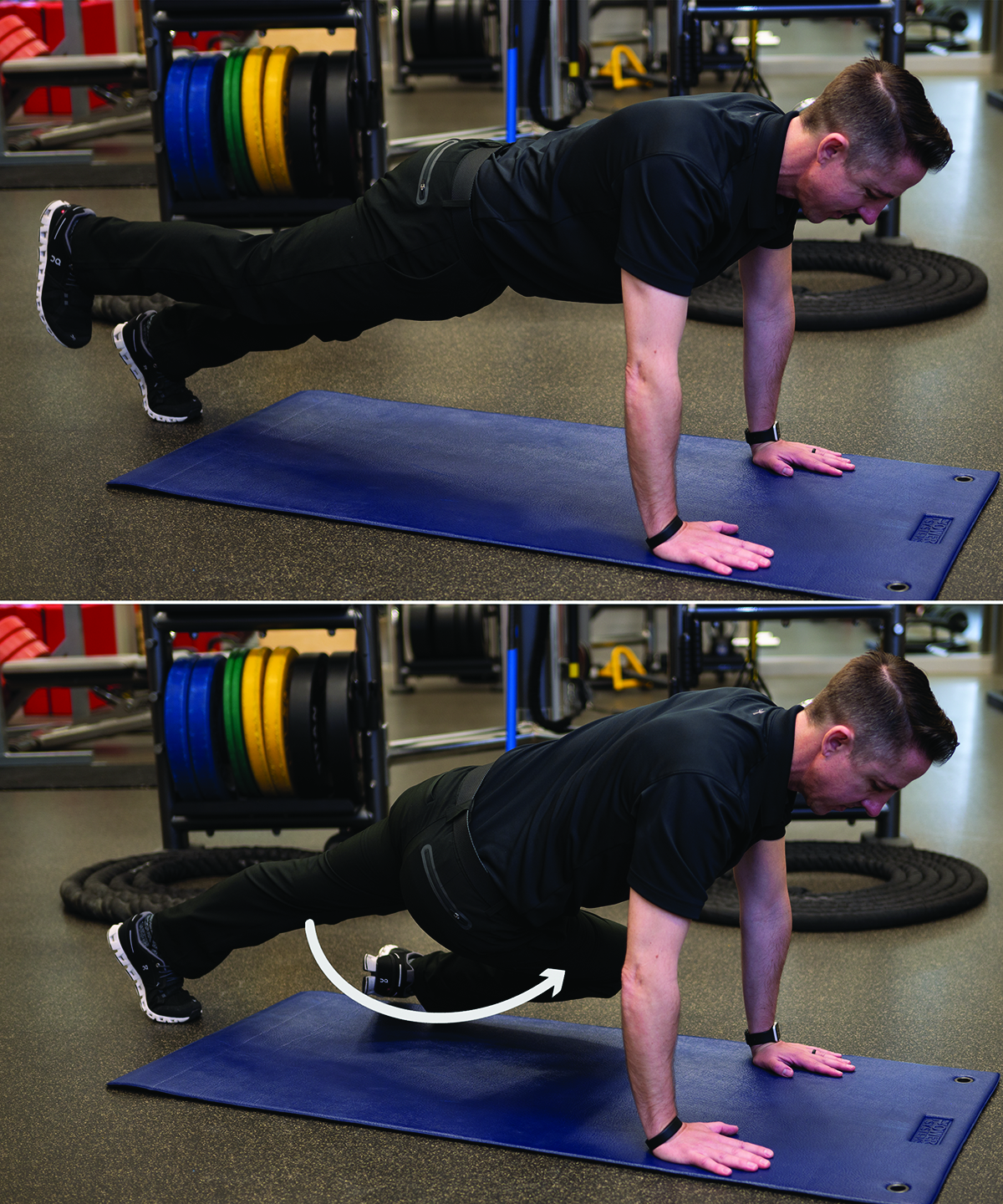 Lay with the spine and shoulders flat to the ground and keep the arms straight out with palms to the sky. Place each foot flat on the ground with the heels about 12” from the glutes. Gently rock the knees toward the ground while keeping the same distance between each. Allow the ground to stabilize the upper body, while the lower body rotates each way around the lumbar spine. The slower, the better, in the beginning. Complete three sets of 10-12 repetitions on each side. 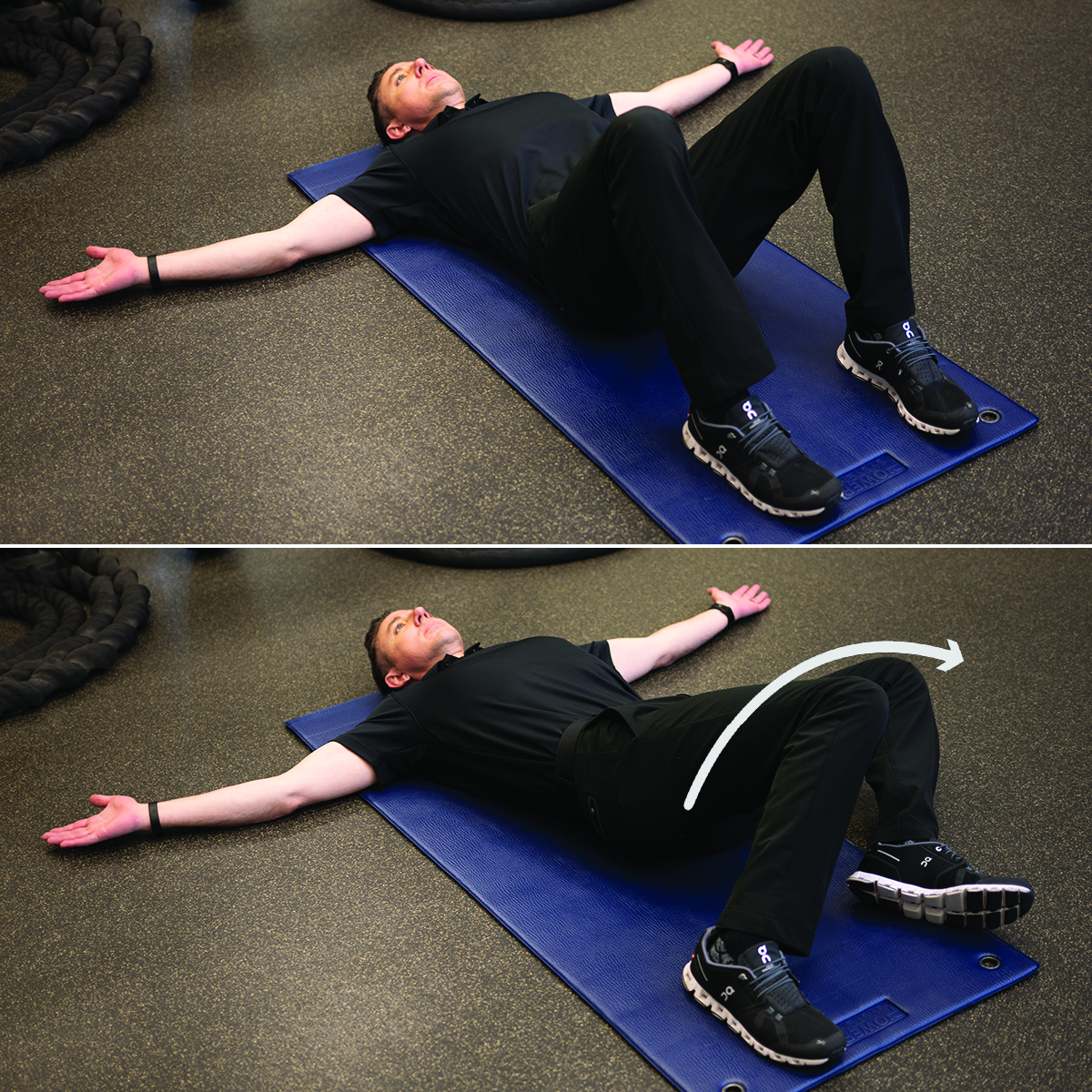 Matt Greenemeier is the Director of Fitness at Four Seasons Golf and Sports Club and is a TPI Certified Personal Trainer. You can email Matt at matt.greenemeier@fourseasons.com