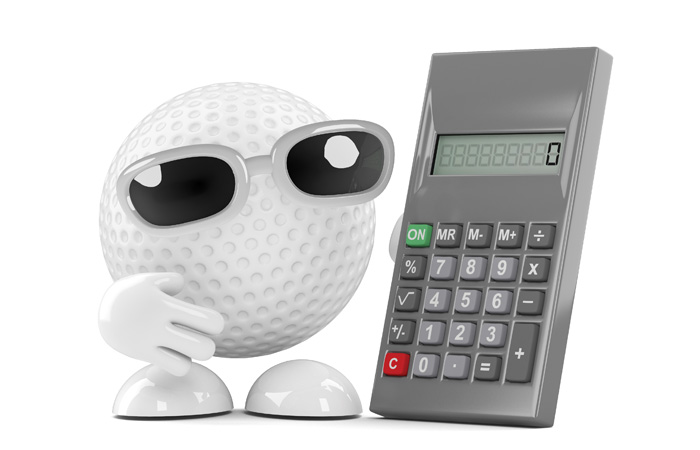 May is an exciting time for North Texas golf fans who have the opportunity to attend first the Volunteers of America LPGA Texas Classic at Old American Golf Club, followed by the AT&T Byron Nelson at its new home at the Trinity Forest Golf Club, and finally the Fort Worth Invitational at Colonial. So, golf fans, who’re your favorites going to be? How will you know which groups to follow? Here’s some scientific advice to help you pick the winners, and it comes from Dr. Mark Broadie, a man who has a B.S. from Cornell, a Ph.D. from Stanford and is currently the Carson Family Professor of Business at Columbia Business School.

One day, while trying to understand where the difference comes from between a 90s shooter and an 80s shooter (or between a 5-handicap golfer and a pro), he realized that one cannot get that information from the typically available statistics of how many fairways and greens hit or how many putts made. He also realized that every shot has to have the same unit of measurement – a stroke! That is why he came up with the concept of “strokes gained” (SG) which can help us fans understand our favorite player’s strengths and weaknesses as well as help the players themselves practice better and measure how well they’re doing.

Here’s an example of how SG can help us understand performance better. The typical “sand saves” statistic tells us how many times per round a golfer got up-and-down in a round of golf from a greenside bunker. This involves a bunker shot and a putt. Which one is he really good at? He could have had a poor bunker shot with a great putt, or the opposite. With SG it will score his bunker ability and his putting ability separately (when compared to the rest of the field on any given day).

So how can one understand what exactly SG means? A positive SG score indicates the player is better than the field on a given course compared to all the players present on that day. So, for instance, if a player has SG scores of +0.5 driving, -0.9 approach, +0.1 short game and +0.3 putting, he should work slightly more on his approach shots, as he’s better than the others in all the other aspects of his game. The method for calculating SG is based on the actual distance from where the ball lies to the hole, and the type of shot he must make (tee, fairway, bunker, green). For details and some math check out an article titled “Assessing Golfer Performance on the PGA TOUR” or read Dr. Broadie’s book, “Every Shot Counts.” There are even some websites where we average golfers can input our own scores and use SG for our own games.

Now that the math lesson is out of the way, we can get to the fun part. To figure out whether a golfer is likely to win on a given weekend, we should know his “fit” and his “form” (details may be found by making a search for “golf.com fit and form”), and it would require us to look up “Strokes Gained – PGA Tour” and “Stat – SG: Tee to Green – PGA Tour” for the actual SG numbers from previous events.

A golfer’s form is the most important factor. It depends on how he has played both in recent years and in recent months, and on his ability to “hang in there” through four rounds. The fit, on the other hand, depends on the course to be played and which aspects of the game the entire field typically does well (or not so well) in, on a particular course. For instance, is the Colonial easier for most players with respect to the tee shots or the approach shots? Does the field perform better there (based on SG, of course) in short putts or long? Simply look up which aspects the top players in the field performed better in than their opponents to figure that out.

So, if you’ve a head for math, make all your calculations and go armed with knowledge to the three exciting events in store for us all in May. If your scoring fails, don’t shoot the messenger, folks, because, according to Dr. Broadie, there is a third important variable to winning besides form and fit. And that’s the “intangibles.”