Upon learning that the cover story for our magazine’s September issue would be about Scottie Scheffler, it was exciting to study this young man’s background a bit, as he has increasingly, over the past season, had his fair share of weekend prime time on TV. In fact, in 2021 alone, he has finished in the top-10 several times, and in the top-5 on three occasions, so his game has come together in recent months.

Now to do a good detective job on understanding the spectacular rise of Scheffler means one should understand a bit about his anthropometrics (mainly height but also, to some extent, girth), his golf swing, and his golf statistics.

The first thing one learns is that this Texan is only 25-years-old (and just turned pro in 2018). Also, that he is 6’ 3” tall. Why might his height matter? Because he has natural long levers with which to hit the ball longer, an important requirement on today’s pro tours. It turns out (as mentioned in a 2018 article that the most productive height on the PGA Tour is 71.8” or practically 6’. While it is certainly not the only determining factor of how far a Tour Pro hits the ball, or how well he performs overall, height certainly helps. So does Scheffler utilize those levers in his swing and does he, as a result, hit the ball really far?

Scheffler has a wide takeaway, a huge shoulder turn and hands that are really high, not excessively cocked, and directly above his head at the top of his backswing. His spine is slightly extended too (leaning back slightly towards target). So, one wonders, how on earth is he going to reverse all those body parts in time for impact? His first move down explains how. He simply keeps his back to target (easy as he had such a huge torso turn doing back) and shifts a lot of weight onto his lead leg. So, by the time he is at the “top of his downswing” (the position from which the arms are in place to start their target-ward journey), he is in a great position to (usually) arrive at the ball from the inside. 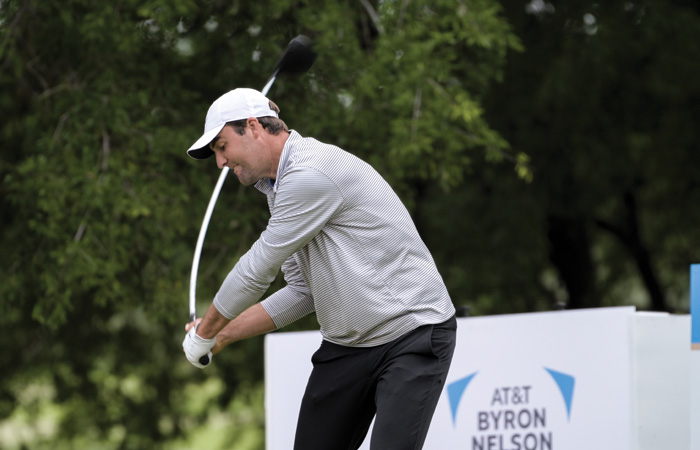 Does his big swing convert to big distances hit with his driver? He is ranked 37th in driving distance, with the average being 304.5 yards, a shortfall of 17 yards from fellow-Texan – 6’1” tall Bryson DeChambeau, who is ranked first. Is a distance average for such a tall golfer as Scheffler doing justice to his long torso and arms? We cannot know for certain without a detailed analysis. However, what is more important is that Scheffler, along with his 37th rank for driving distance, is ranked 49th in driving accuracy, compared to DeChambeau’s 190th position.

Now the PGA Tour has an extremely interesting statistic that adds the driving distance and accuracy ranks together for a statistic known as ‘Total Driving’. And that solves a part of the mystery of why Scheffler has been doing so consistently well of late, even in the majors. Scheffler is currently ranked second in that statistic, while, for comparison, DeChambeau is 191st, and the Tour average is 207.

Eventually, the golfer’s combination of driving distance and accuracy should together help to determine his ability to make greens for regulation, which, while not essential, makes putting the final stroke to the hole – a much more reliable movement. Now although Scheffler makes 65.13% fairways, he makes 67.18% greens in regulation (GIR) – a rather similar percentage. Why then is he ranked merely 62nd in greens for regulation, which means that many more pros are converting approach shots to GIRs than he is, although he hits the ball further and straighter than many? It could be that the others make up with better accuracy on the par 3s. Or that in general, his approach shots even from slightly close distance on the fairway do not result in GIR as often. It might mean he is able to do a much better job with his (Ping G425 LST) driver than his irons, and given today’s technology, that is a good guess, because drivers have far more research put into them than other clubs. 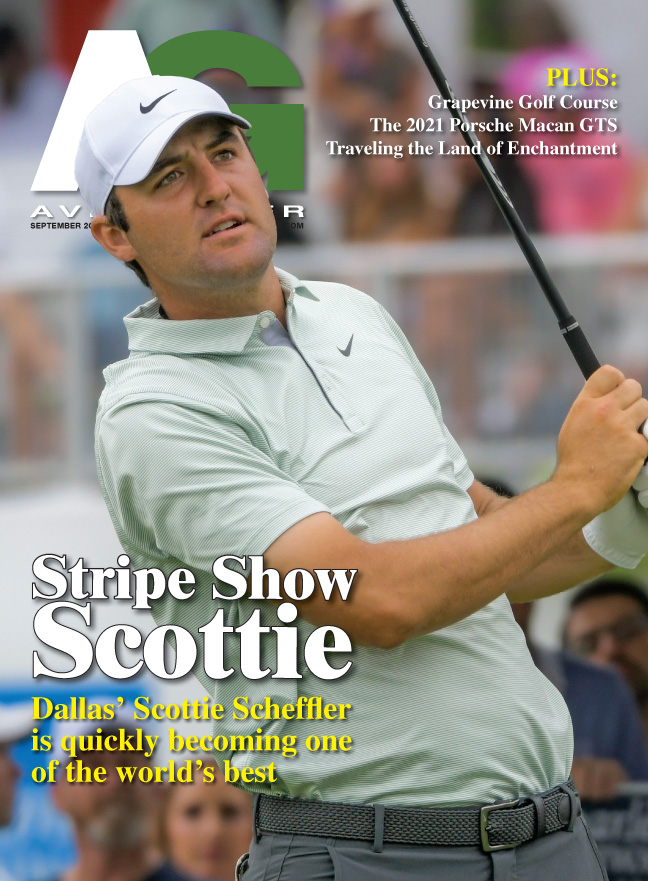 Maybe looking at some other statistics besides Total Driving might shed some more light on why Scheffler is currently playing so well. Once again, looking at those pieces of information that Scheffler has a top 10 rank in. One thing of interest is that his right rough tendency for driver is only 8.71%, which gives him top rank in that statistic, with a field average of 15.11% and our comparator golfer DeChambeau’s rank being 178th. On the other hand, for left rough tendency with the driver, Scheffler’s rank is 186th, and Dechambeau’s 190th, with their percent tendencies being 16.22% and 16.47% respectively, while the field average is 13.23%.

What all this means for Scheffler is that he can rely on a one-way miss to a greater extent, as he is very unlikely to miss the fairway to the right. To my mind, left side misses, if not in a terrible lie, are easier for right-handed golfers, as the next shot will have the body alignments facing slightly right, which is much easier for right-handed golfers than a leftward body alignment, which can occasionally result in misaligned hip joints at address.

While all the above information might combine statistics and swing information to tell us where he is good and where he needs improvement, we still need to know under which precise circumstances he is able to score well. His next top 10 ranking statistic appears in the strokes gained putting statistic (he does not stand out in strokes gained approach to the green, or strokes gained around the green numbers). Here, he is ranked 8th in his ‘birdie or better’ conversion percentage, which means that once he in on the green for regulation or better, he is able to convert 35.42% of the times, while the rest of the field only converts, on average, 29.97% of the times. While his putting performance over specific distances from 25’ and in is not at all spectacular, Scheffler performs some magic – either physical or mental – once he is on the green for regulation. And that, above all else, is perhaps the secret to his success. One can break this down further, because his par 4 scoring average gives him 6th rank while birdie or better rank on par 4s is 2nd. Luckily for Scheffler, he performs his main magic on the par 4s, which are in a majority on any championship course.

So now we know folks. Scottie Scheffler is a great example for what the rest of us ought to try to achieve – drive long and straight for show, and then putt well, once on the green, for dough.