One unending debate in golf is whether the golf swing should be improved through mental imagery or through physical or technique changes. Many golfers believe they are “feel” players and so should not do anything “technical” to improve how they swing the golf club. Actually, one without the other is pointless. Unless the body’s joints are in the positions they’re designed to move efficiently from, they will not be able to swing consistently well. Also, unless the golfer avoids certain swing thoughts, especially during the 1/3rd second or less that the downswing lasts, the interference or noise created by technical thoughts will change the swing, often in undesirable ways.

So which swing thoughts can produce undesirable changes and how to combine the need for essential technical changes with relevant thought processes? One recent paper, titled “Effortless Motor Learning? An External Focus of Attention Enhances Movement Effectiveness and Efficiency” by Gabriele Wulf and Rebecca Lewthwaite, makes some useful suggestions for how to channel any required technical thoughts into useful imagery.

In the paper the authors say that any movement made by someone who has a substantial degree of skill, involves motor patterns that are reproduced with considerable accuracy, consistency and efficiency. They quote the famous behavioral psychologist E. R. Guthrie, who has said that skill “consists in the ability to bring about some end result with maximum certainty and minimum outlay of energy, or of time and energy.” Skilled performers are able to produce a movement with far less muscular energy. We see that in golf all the time, when, for instance, the swing of Adam Scott is described as an effortlessly flowing movement. 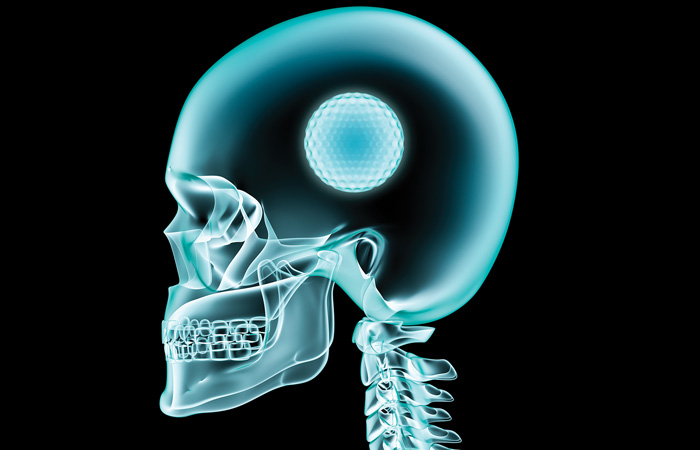 So how might both skilled and less skilled golfers make any needed swing improvements? Through the use of appropriate attentional focus. It has been said that an external focus of attention is better than an internal one. Gabriele Wulf is a pioneer in attentional focus and she, along with some co-authors, were the first to formally define the two types of focus. Internal focus is directed toward a performer’s own body, while external focus is directed at the effect of the performer’s movement on the environment. The “effect on the environment” could include the effect of the golfer’s swing on the golf club or the golf ball, for instance. Wulf was also a co-author in a paper that explained the “constrained action hypothesis,” which states that an internal focus of attention tends to constrain the motor system and interfere with the automatic control process.

Research has shown, according to Wulf and Lewthwaite, that an external focus of attention is beneficial for both those with advanced and novice skill levels. In their paper they discuss how an external attentional focus can improve both the effectiveness (achieving a desired outcome, such as a specific ball flight with maximum certainty) and the efficiency (using the least amount of energy or the least amount of both time and energy) of movement, because these two qualities are the hallmark of any skilled movement, as stated by Guthrie.

Much research, as cited by Wulf and Lewthwaite, has shown that when attention was directed toward something in the performer’s environment, effectiveness improved. For instance, the accuracy of golf shots improved when both novice and expert golfers were told to focus on the swinging of the golf club rather than the swinging of the arms. Similarly, an external focus was shown to improve movement accuracy in basketball free throws, dart throwing, football and soccer kicks and volleyball serves.

At the end of their article, Wulf and Lewthwaite explain why they believe that minor wording differences in instruction and thus in focus of attention can improve performance and reduce energy expenditure. With an internal focus, a performer might just follow instructions and deconstruct available automated control sequences into separate body sensations which might not allow for the effective transition of movement between body parts. Conversely, an external focus might prevent the breaking up of a movement into chunks, each of which have a separate body-related feeling, and allow an automated, linked sequence to occur instead. The authors then speculate that an internal focus might lead to an attempt to also control emotions, and result in a series of “microchoking” events.

So, golfers, it is better to think in terms of the golf club, some part of your clothing, the ground under your feet or the target, rather than to think of any movement changes you wish to make in terms of specific body parts. For example, instead of “rotate your hips,” one might think “turn the belt buckle to face target.” Or instead of “push down through your feet,” one might think of “put pressure into the ground.” It’s a small and easy thing to do to get better performance, increase your speed and reduce your energy outlay all at once.