This article is for those golf aficionados who love to predict eventual winners of golf events and are even, perhaps, enthusiastic punters. It involves a fun “experiment” that was designed to predict (or not) which of a few selected golfers in a four-day pro tour event would have the best scores at the end of it. While there are too many factors to enumerate, and Lady Luck will always have her way in golf, one can certainly get some starting ideas by looking at some relevant research and comparing statistics.

Step 1: Choose a couple of golfers to study.

Step 2: Look at some relevant research, if any.

Step 3: Find their year-to-date stats from the LPGA website.

Step 4: Make a prediction and see whether it pans out.

The LPGA Mediheal Championship was held at the Saticoy Club in the farmland of Somis, California – which presented an opportunity for me to attend an LPGA event in 2022 and a boon for local golf fans. It seemed appropriate to choose three California golfers, as they would probably all have the “hometown” advantage of friends and family present to cheer them on.

How to decide which of the 20 California natives scheduled to play in the event to follow? In a word, serendipity. Lilia Vu was just getting out of her car as I drove up to the course; Cristie Kerr was practicing on the driving range with her coach and commenting knowledgeably about what she could and should do on the course; and Andrea Lee was invited to meet the press, as she had just won the previous week’s LPGA Tour event. 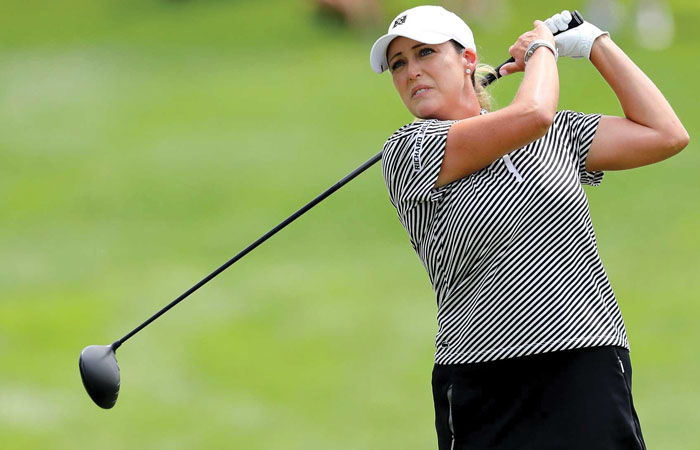 One bit of “insider” information came from a fellow golf journalist who studies results on the LPGA Tour. He noted that there did not seem to be a direct correlation between driving distance and performance for women, unlike on the PGA TOUR where the two are highly correlated. How to factor that in given that the Saticoy Club was set up by the LPGA to be 6,635 yards long, while on average their course lengths range between 6,200 and 6,600 yards? And the fact that the course is hilly, meaning that many holes might be considerably uphill, reducing the distance balls might travel? Surely distance would be at a premium at this venue, right?

So, what line of research to follow? Perhaps how age affects performance, as there turned out to be two decades between two of the females in the event and the third one? One study (Alvero-Cruz et al., 2021) compared several factors between different groups of athletes who all participated in a World track and field championship in 2018. The groups were power (such as sprinters, throwers and jumpers), mixed and endurance (5,000 or more distance runners) athletes. As the golf swing takes place within a very short time interval (less than 6-10 seconds), it is considered to be a power sport. So, it was interesting to note that power athletes had, among many other factors studied, greater appendicular skeletal – core – muscle mass compared to endurance athletes. Conversely, percent body fat was inversely correlated with vertical jump performance, a known predictor of golf club speed. And body fat increases by an average of two percent per decade.

Given all this, perhaps Cristie Kerr at age 45 might have a disadvantage over the other two in the experiment, who are 24 and 25 years old?

At this stage some might omit Kerr right away for having both lower driving distance and accuracy. They might consider Vu to be a bit of a wild card, given her mixed bag of success, going from the LPGA Tour in 2019 to the Symetra Tour, before just making it back to the LPGA Tour in 2022. Or they might believe that Vu was the best bet of the three, given that she had a better ranking in driving distance than the other two, and decent accuracy, too. Andrea Lee could be considered a safe bet, given her considerable accuracy and her “home crowd” advantage, especially as she had performed so well at the Palos Verdes Championship earlier this year, and cited the benefit of the presence of friends and family for her success. 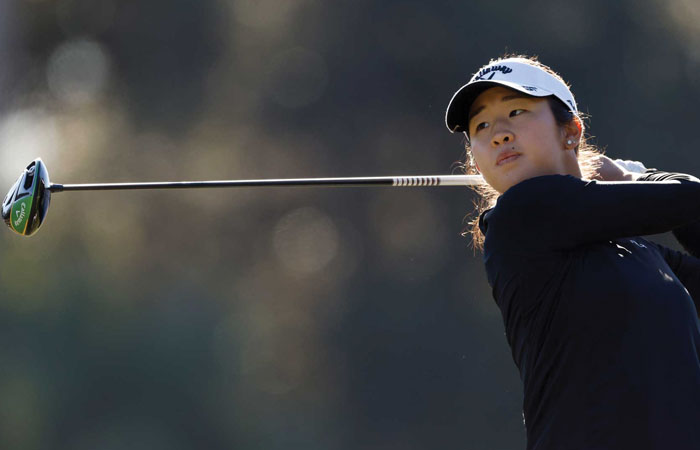 What about greens in regulation and putts per round, though? After all, the game does not end with the drive, and the golf journalist had said there was no correlation to be found between driving distance and eventual performance. Both Lee and Vu had had 72.3 percent greens-in-regulation to date, while Kerr had had just 63.7 percent. And there was nothing much to choose between them when it came down to putting, with Lee having an average of 29.34 putts per round (rank 21), Kerr having 29.36 (rank 22) and Vu having 29.49 (rank 31).

At this stage, one might place the three in the order of Lee (she had won the week before and so would be in good form, enjoyed having friends cheering her on and had overall better TYD rankings), then Vu, and finally Kerr. This even without the meticulously conducted research and from the stats alone.

In the end, this prediction was correct, because Andrea Lee finished sixth, hitting 55 of 56 fairways (on the par 4s and 5s), even she made only 56 of 72 greens. Her driving distance average of 246 yards over the four rounds may have been a factor in her inability to make more greens, but her putting average of 29 putts per round was certainly decent, and she had 27 putts only in each of the final two rounds.

Lilia Vu finished tied 15th and made 50 of 56 fairways, and 60 of 72 greens. Her driving distance was 259 yards on average, which was not reflective of her ball-striking capability as she started with an average of 269 yards on day one and petered off to an average of a mere 245 yards during the fourth round. She still finished tied 15th. However, as her driving distance decreased, her number of putts per round went down, too, so that she made fewer putts when she drove shorter distances. She had 34 putts in the first round and only 29 putts in the last.

What about Cristie Kerr? She had to withdraw due to an injury after the first round, but her stats might be of interest just to complete our mini experiment. She had a score of +5, while hitting 12 of 14 fairways and 10 of 18 greens. Her putting average was 31. Her most interesting statistic was her driving distance average of 262 yards. How did she go from a year-long average of 249 yards to 262 yards in this event? She had said earlier in the year that, “I’ve been working really hard on my game,” which could be responsible for her improved statistic. However, that could also be responsible for the injury that caused her to withdraw, which, of course, is speculation as the type of injury is not known.

It could thus be said that combining some relevant research with the stats could be a partial basis for predictions, but another vital input would require an analysis of the golfers’ swings, as it may be seen from some impact positions that inconsistency of direction is more likely. However, this “experiment” leaves out many, many other causes for good versus bad performance and was simply meant to be a fun exercise.