Single-length irons (all irons in a set have the same length as a typical 6- or 7-iron) were first manufactured in about the 1930s, according to golf journalist Brent Kelley. Since then, many companies have sporadically made single-length clubs, including Tommy Armour, Edel Golf, Zynk Golf and Value Golf. Some custom fitting brands such as Wishon Golf have also offered such iron sets with personalized fittings factored in.

Why should golfers care about single-length clubs anyway? Don’t clubs that are longer give greater clubhead speed which would eventually translate into greater distance, something that most golfers want? The single length clubs came back into the limelight in a few years ago, when then upcoming PGA Tour professional Bryson DeChambeau began to use them. He believed that they would allow him to perfect the single plane swing he was keen to master as a result of his studies of the famous book “The Golfing Machine” by Homer Kelley. As a result of DeChambeau’s interest in single-length clubs, Cobra Golf became the latest entrant into the market and is now the only dominant player in that segment. 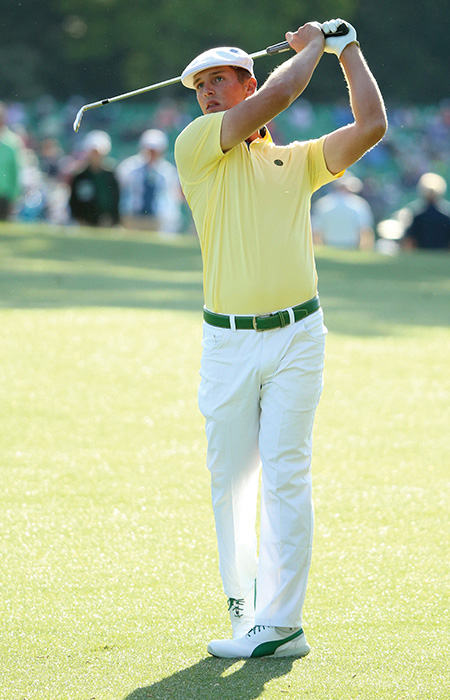 The proponents of single-length irons say that golfers have to adjust the ball position, posture and swing plane for regular clubs, but with one length for all irons these issues would go away and simplify the swing. Moreover, as golfers tend to have their best results with shorter clubs, if all clubs were of medium height, they would all be easier to control, while the distance that might be lost from longer clubs could be regained by adjusting loft and weight.

One engineer, Dave Tutelma, who is also a keen golfer, has been a consultant to many leading club manufacturers on several complex club-design issues. He built himself a set of single-length irons using Pinhawk brand clubheads and has a lot of information to impart, based both on computer modeling and his own experiences of the clubs (see https://tutelman.com/golf/clubs/singleLength3.php#components

for details). According to Tutelman, who is quite pleased overall with the performance of his single-iron set, the main issue with a set of single-length irons is that the higher-numbered irons have an extra high trajectory (he himself tended to chunk shots when he first tried them out) while the lower-numbered ones have a lower one. 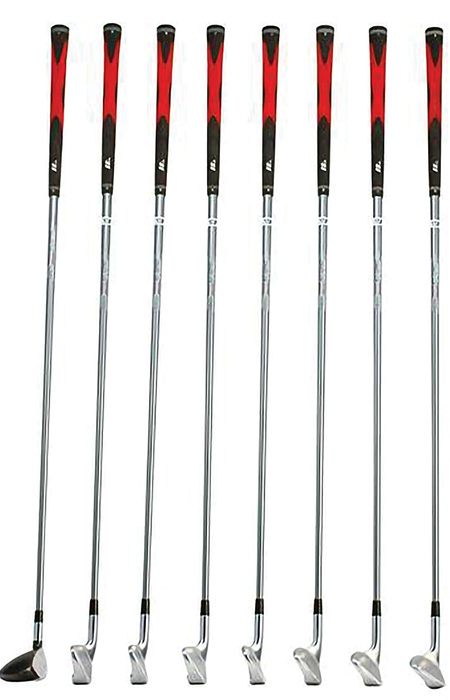 Having made a big splash into the market with their One Length irons, thanks to their association with DeChambeau, the Cobra golf research and development team have learned a lot about the clubs. According to Tom Olsavsky, VP of Cobra R&D, the swings with all the clubs are similar, and golfers have a much tighter dispersion pattern when using single-length irons. The company has also been able to address the issues that have been seen so far, by fitting individual golfers for specific gaps between clubs, using suitable shafts, and positioning the club’s center of gravity (CG) for longer clubs so that users can get the ball airborne more effectively. On the subject of suitable placement of a clubhead’s CG, the company also offers hybrid clubs of one length, with the CG placed lower in the head.

Given all of the information about the advantages and disadvantages of single-length golf clubs, it is a personal ambition to have some fitted and experiment with them, using a swing which would itself be able to address some of the issues that golfers have seen, especially of chunking the more lofted clubs and hitting the less lofted ones thinner. Longer length irons would also help reduce strain on the lower back if golfers were able to work with them, so definitely worth a try for many groups of golfers, depending on their requirements.