If a person were to have charged a dollar for every time someone has, over the past several years, said, “This is the end of the road for Tiger Woods,” that person quickly would  have become quite rich. The chatter has only increased all across social media after Tiger’s latest, unfortunate car accident in Los Angeles. It is always better to make an objective analysis of the situation rather than to make random, unfounded guesses. To make an objective analysis of whether Tiger Woods can compete successfully again requires an answer to two important questions: 1) will he be able to walk 18 holes again? 2) will he be able to swing safely and efficiently again?

Dr. Jason Snibbe was able to help answer the first question. He is a board-certified orthopedic surgeon with a Beverly Hills practice. As a leading surgeon at the Cedars Sinai Hospital to which Tiger was transferred, as well as the team physician to the University of Southern California’s athletic teams, and orthopedic consultant to the Los Angeles Clippers, the Los Angeles Lakers and Los Angeles Sparks, he has the experience and knowledge to make a meaningful prognosis. After all, surgeons from all over the world visit to observe his techniques, and he travels internationally to give lectures or instruction on his subjects of expertise, which include the shoulder, elbow, hip and knee. 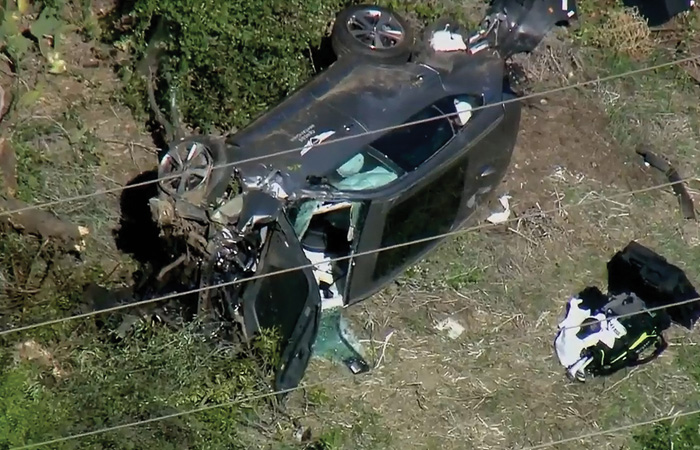 Woods’ injuries included a fractured right tibia, which is the larger of the two leg bones; a fracture-dislocation of the right talus or ankle bone; and a Lisfranc injury of the right foot, which affects the bones and other structures of the mid foot. The latter two injuries are complex ones. According to research, (Timing of Surgical Reduction and Stabilization of Talus Fracture-Dislocations, Buckwalter et al., 2017), 50 percent of similar talar injuries studied resulted in either post-traumatic osteoarthritis or avascular necrosis (cell death from lack of blood supply). The Lisfranc injury, according to Dr. Morrison, MD, in an article in Medical News Today, can also result in arthritis and chronic pain and take a long time to rehabilitate.

Dr Snibbe hastened to add, “He is an extremely dedicated athlete, and if anyone is going to overcome this, it’s him. He will be able to play 18 holes of golf again. It is unclear if he will be able to participate in the Tour again. If anyone could ever make this work, it’s Tiger.”

So, what is the answer to the second question? Clearly repeating the same, or a similar, swing to what he had before his first back surgery has resulted in a total of five surgeries, which have prevented him from performing more frequent repetitions and availing of enough competitive opportunities that are essential to playing winning golf. Factor in the trail side (right side for a right-handed golfer) leg and foot injuries, and what do we have left? Given that Tiger is running out of both options and time, he should not make just any old swing movements, without a detailed analysis of how each might affect his existing injuries.

What does “any old” mean? The golf swing, over the past few decades, has been subjected to much research. Most of it involves the creation of greater club speed, with no thought given to better directional control or, more relevantly, methods for the reduction of injury risk factors. As a result, the 21st century swing is a collection of ever-increasing movements of the body’s segments with no specific rationale or strategy toward putting them all together. 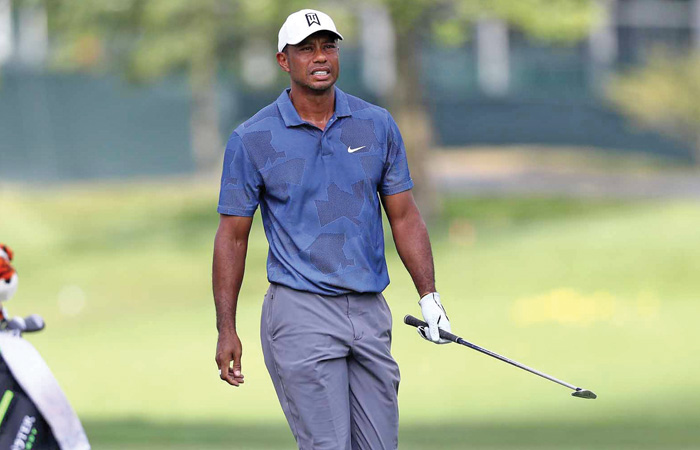 A suitable analogy might be the mixing together of many architectural styles, over time, in a single mansion, with no well-understood overall plan. Might some new part of the roof not align with the rest? Might some more recent plumbing be mismatched? Golfers are being told to make a variety of movements without any known understanding of whether the body parts will all come together, consistently, in time for impact. Moreover, no thought has ever been put into asking whether each joint involved in the golf swing does have the required movement capabilities. A joint positioned and moved based on its design constraints is one which can both perform better and be safer from injury, much as a well-aligned roof might not leak rainwater.

Enter a researcher who, for over 28 years, has been studying and testing various aspects of the golf swing to make it more effective, efficacious and safe. Someone, moreover, who even went to graduate school for over eight years with the avowed goal of deserving to be Tiger Woods’ next golf instructor. The result was a deep understanding of anatomy through a Masters’ degree from a chiropractic school (Logan University) and through a Ph.D. minor from a medical school (UNT Health Science Center, Ft. Worth), as well as through Ph.D. coursework in biomechanics from Texas Woman’s University.

What were this researcher’s findings with respect to injury? From a review of injury at all joints among golfers, it is apparent that the three positions and movements that affect the lumbar spine the most are forward flexion, lateral flexion (side bend) and axial rotation (twisting of the lumbar spine), especially during the downswing and at impact, which are made at great speed. For Tiger to even attempt to play golf again, these positions require to be reduced or eliminated. Additionally, a forceful push-off from the trail leg now seems less desirable.

Fortunately, the Minimalist Golf Swing (MGS), developed by our intrepid researcher, is designed to address both issues, as well as many performance ones. First, let’s look at how MGS may reduce some risk factors of low back pain. The set-up is as upright as a club will allow; lateral flexion is greatly reduced from maintaining the trail side level with the lead side during the backswing; and a pelvic rotation is induced, rather than a lumbar one, through the mechanism of a perfectly horizontal, pre-backswing rotation of the pelvis. MGS has significantly less backswing axial rotation than a “typical” golf swing, which was also seen to be the only significant difference in a study that compared golfers with and without back pain (A Comparison of Physical Characteristics and Swing Mechanics Between Golfers With and Without a History of Low Back Pain, Tsai et al., 2010).

What about Tiger’s newer injuries? Fortunately, although that aspect of MGS was not developed with Woods in mind, body weight with MGS is positioned during set-up, and maintained, during the backswing, slightly closer to the lead side in order to require less toward-target weight shift during the downswing. When there is an active “weight shift” away from target during the backswing, the golfer requires the help of the trail foot and leg to push the weight back forward. However, as the MGS requires pressure to be maintained slightly forward of center throughout the backswing, any trail leg and foot action are not essential, but merely cosmetic.

Most importantly, MGS, which has taken 28 years to fully develop, gets rid of all non-essential movement. It also delivers the “stiffening pulse” of force at impact that Dr. Stuart McGill, world-famous biomechanist, discusses in a presentation titled, “The New Science of Golf,” based on his decades-long study of golfers. MGS’ reduction of overall motion results in greater precision of impact for greater ball speed, while the body and club’s positions at impact prevent a pull group of shots, generate a more inside club path and a shallower angle of approach. Moreover, MGS has been fine-tuned through having had many of its positions and movements being subjected to research since 1993. So it makes no sense for Woods to now, at this stage of his career, either revert to his old injury-exacerbating movements or try some other new-fangled, not experimentally researched, ideas. MGS basics are easy to personalize to any golfer’s skill level and specific capabilities.

Tiger Woods, dear reader, is no ordinary mortal, and he is certainly not done – unless he wishes to be. He has a special je ne sais quoi quality about him that has engendered in generations of golfers (and golfing parents), the world over, the ambition to be just like him … The Tiger Woods Syndrome, one might call it. He has suffered through unimaginable pain through his many injuries but, as Dr. Snibbe says, if anyone can overcome this, it’s Tiger. Moreover, his beloved father, Earl Woods, may have been prescient rather than projecting when he said that Tiger would do more than any other man in history to change the course of humanity and to impact nations. Not people, nations. And Tiger has only just begun, with his many forward-thinking activities and charities, which all depend on him for their future success. See you back soon, Tiger.