How often do you practice putting? When I played professionally I spent at least an hour a day working on putts inside 6 feet. I would be willing to bet that if you asked any professional golfer how much time they dedicate to putting each day, you would get a similar answer. I know the average person does not have that much time every day to commit to practicing their putting, but it is important to do drills that will help you line up the putter correctly and hit putts solidly. Putts inside 6 feet are holed mostly due to alignment. Here are some things that can help you with your putting: drills, green reading, and your putting routine.

Let’s talk about some alignment drills that helped me when I was playing my best. I used a chalk line and a string to work on my alignment. The first thing I would do is identify a straight putt and either pop a chalk line down or set up a piece of string. The chalk line or the string allow you to see what proper alignment with your putter looks like. The goal is to make 50, 25, or 10 putts in a row and keep the ball rolling down the center of the line the entire putt. Once you complete the chalk line or string drill, then it is time to work on breaking putts. To work on breaking putts, set up 8 tees three feet away from the hole in a circle. The goal of this drill is to make each putt around the circle all in a row. 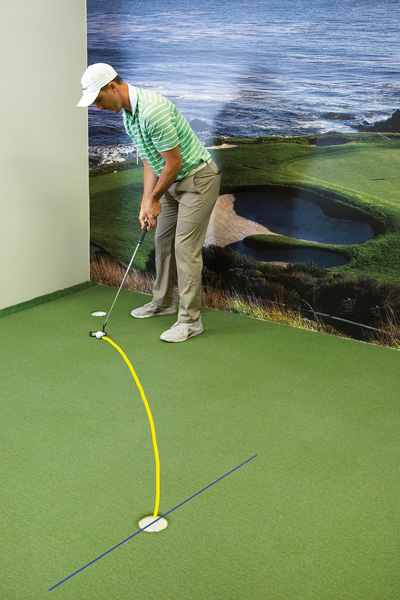 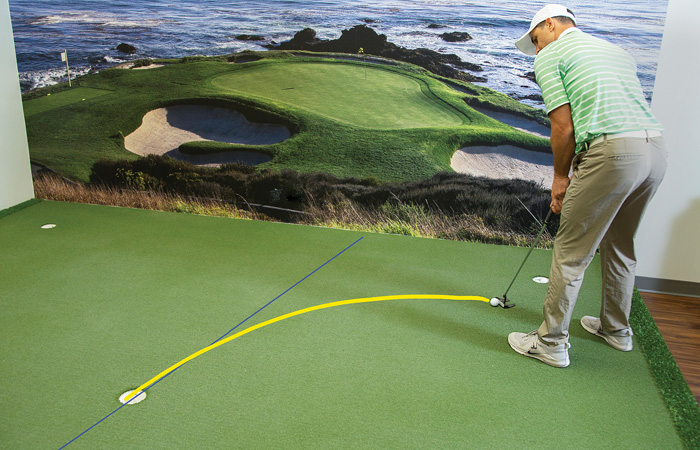 If you pay close attention to the best golfers in the world, you will notice that they all have the exact same pre-shot routine before they roll their putt. They always start from the same spot behind the golf ball and then start their routine. Whether they take zero practice strokes or 5 practice strokes, they do it the same every time. So, if you are struggling with consistency, establishing a consistent routine will help you to get set up the same and in the correct frame of mind before each putt. 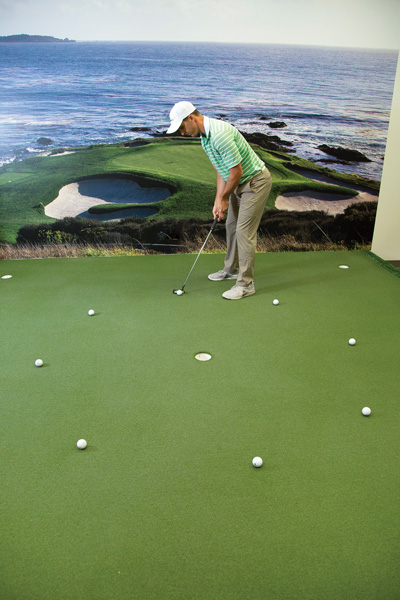 Anthony Broussard is the founder of Pure Swing Golf, an indoor golf training facility, in Dallas, Texas. Anthony played collegiate golf at The University of North Texas and has over eight years of high level professional playing experience including playing in the 2014 U.S. Open at Pinehurst, winning the 2014 Texas State Open, and winning three other professional tournaments. Follow Anthony on Instagram @psgdallas and visit his website www.pureswinggolf.com to learn more.