The takeaway starts with the movement of the shoulders, arms and hands. They move in synch with one another. However, all three body parts have very specific movements to get the takeaway right. The shoulders must turn, the arms are swinging back and the hands are hinging the club up. These three distinct motions have to work in unison and blend together to get the desired result. The shoulders typically are not the problem in the equation. Getting the arms to move back and the hands to hinge the club properly become the main challenge.

The hands play a key role in the takeaway. They must hinge properly to allow the club to come up and on to the swing plane. As they hinge, the right hand palm should face toward the target line to control the loft of the club and to keep from the club bending too far inside. Halfway back in the swing, the club will be in line with the feet. The club will be parallel to the target line and to the ground. 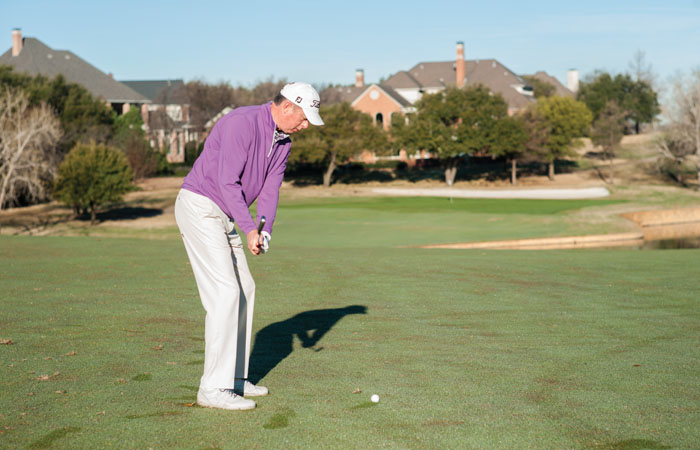 Organizing the takeaway motion correctly allows the rest of the swing to fall into place. The momentum of the swing is moving in the proper direction and a successful result is a higher probability. Practice the takeaway in the mirror to get the desired look. Rehearsals are key to develop a feel and look in your mind. Then you can take your new and improved takeaway to the range or course without much thought.