The leader on the PGA Tour in greens in regulation for the entire season is generally under 13 greens per round. That means the best ball striker on the PGA tour is faced to get up and down at least 5 times during a round. If you want better scores, chip and pitch your ball closer to the hole. Tour statistics show that the closer you are to the hole, the higher the make percentage. The two techniques I am going to cover will give you a roadmap as to how to play these two basic shots. I believe most people’s short game struggle is not because of lack of coordination or ability, but a lack of knowledge of how to hit the shot the person wants to see.

There’s nothing that saves you more strokes than being able to get your ball up and down around the green. A good short game is like shooting free throws and playing good defense in basketball. The teams that play good defense and shoot a high percentage from the free throw line generally are the best teams. The same can be said for golfers that pitch and chip their ball close to the hole and get the ball up and down from inside forty yards often. In the four professional tournaments that I won, my up and down percentage was always over 90%. When I won the second stage of web.com qualifying school at Deerwood, I only missed one up and down for the entire week. Needless to say, being able to chip and pitch your ball close to the hole is invaluable to scoring.
So how do you do it? What are the two basic shots? When I first started working with Chuck Cook, he explained these two basic shots as a pinch and a sweep. A pinch is shot that rolls further than it flies. A sweep is a shot that flies further than it rolls. A pinch would be your basic bump and run shot, whereas the sweep is the one that flies higher and stops quickly. Let’s go over the technique for both of these.

On the pinch, we are to start with the ball position in the middle of the stance or in the back of the stance and the handle of the club should be pressing forward at least a few degrees. As you take the club back, the club face should stay closed or square to the target line. On the way through, the handle should stay forward of the club head as the handle travels around your front pant pocket.
This is a shot you play when hitting a sweep or a flop shot is an extremely low percentage. We chose this shot whenever we have a lot of green to work with and obviously we want to get the ball rolling. This shot could be played with a 7 iron all the way down to a lob wedge. 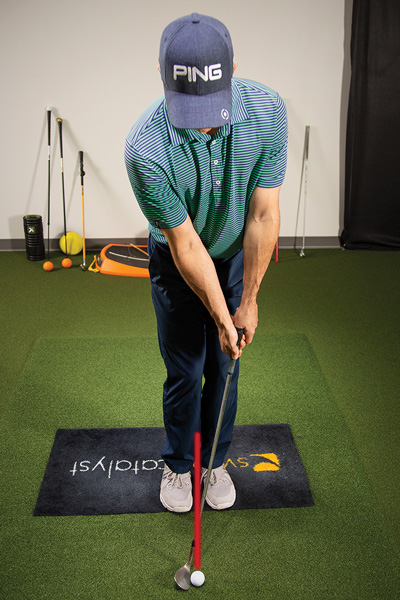 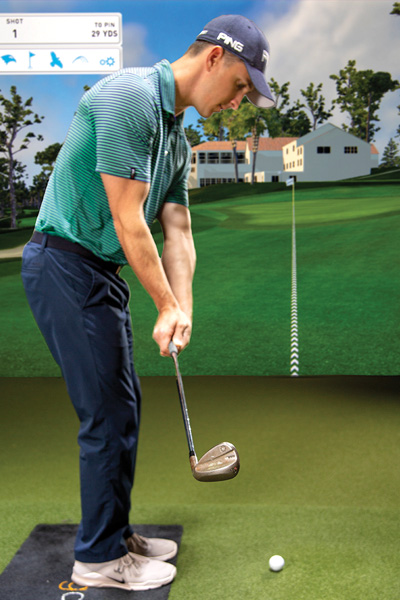 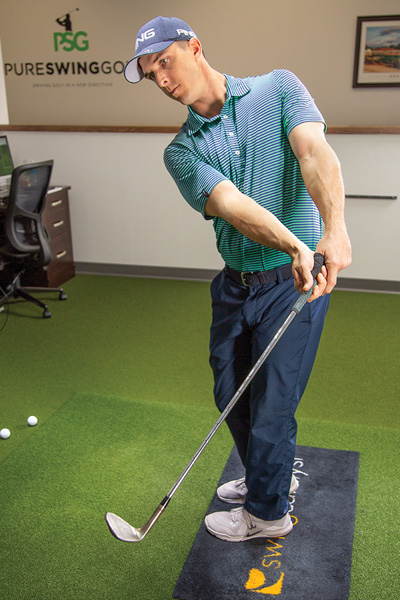 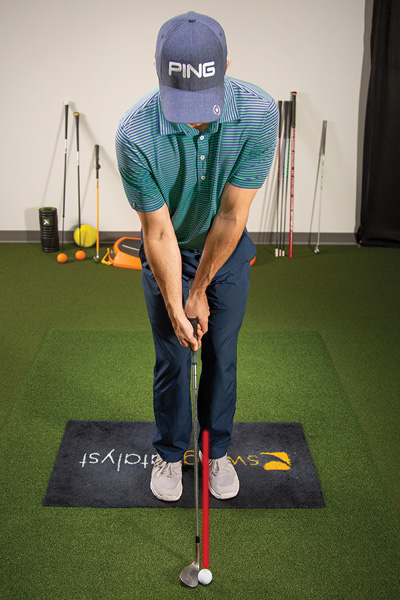 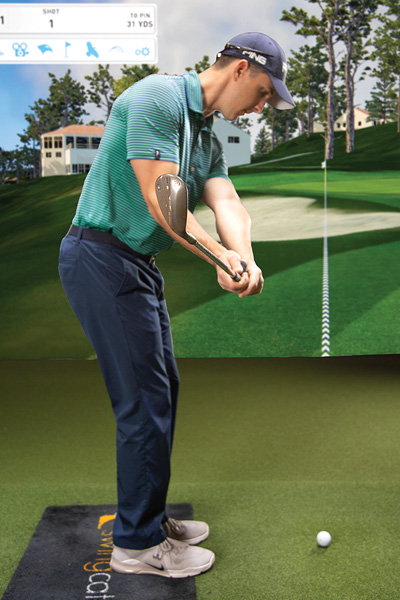 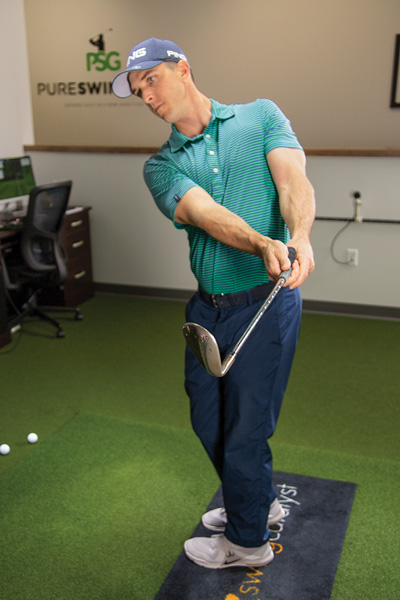 You can vary the height of this shot by moving the ball up in your stance or by opening up the club face at address and using the same technique.

The guy that gets the most spin around the greens on the PGA Tour is the Luke Donald. He gets his club face the most open on his back swing. The reason this is important is because to get the most friction between the golf ball and the face of the club, the club face has to be closing going into the ball. If the club face is opening as it goes into the ball, that is when you get a shot that rides up the face and comes out high with no spin running past the target. So, if you want to get that shot to one hop and stop around the greens like the pros, work hard on getting the face to open on the back swing.

I believe having an idea of how and when to hit each shot is most helpful. Try using these two simple techniques around the greens when the situations present themselves.

Anthony Broussard is the founder of Pure Swing Golf, an indoor golf training facility, in Dallas, Texas. Anthony played collegiate golf at The University of North Texas and has over eight years of high level professional playing experience including playing in the 2014 U.S. Open at Pinehurst, winning the 2014 Texas State Open, and winning three other professional tournaments. Follow Anthony on Instagram @psgdallas and visit his website www.pureswinggolf.com to learn more.