Last month’s column was about “mind over matter,” or about how various focus-of-attention styles can change putting results. Research shows us that whether one focuses on a body part (internal focus) or the club or the target (both external foci) changes how effectively a putt is made. The focus of attention, however, is only a small part of all the tasks the brain must undertake successfully in order to make a good, consistent stroke, for any movement from the putt to the full swing. It must coordinate “sub movements” of the arms, hands, legs, shoulders, head and hips all at the same time as well as in sequence. It has to do this all without feedback from the senses because the movement happens within a very short time frame, and, in addition, the brain must help the body perform different movements for the various swings from partial to full. 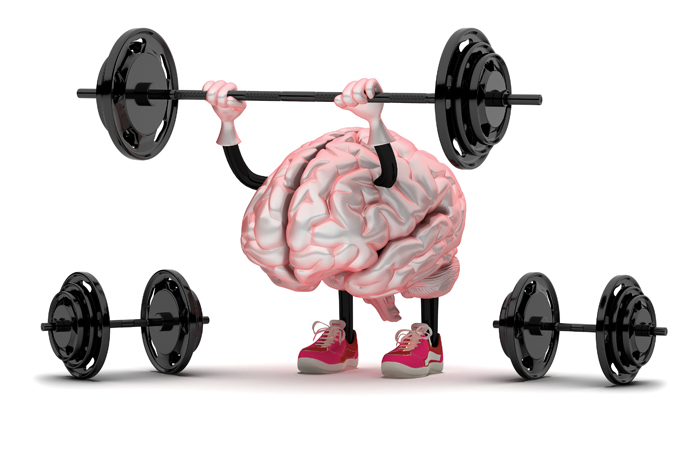 One amazing research study, titled “The Architecture of the Golfer’s Brain,” studied whether there are any long-term adaptations to the brain after years of practice. They looked at 40 male golfers, 10 from each of 0 handicap (pros), 0-14, 15-36 and non-golfers. Participants had to respond to a questionnaire that served to collect information on participants’ years playing golf and time spent on it; as well as have MRI scans of their brains taken. The scans were then assessed for gray matter and white matter content of participants’ brains, by a technique that looks at how water molecules move within the different types of brain matter.

So, what then are gray and white matter? The brain is composed only of nerve cells bathed in a rich supply of blood. A nerve consists of a cell body and an axon, and together they look similar to a balloon on a string. The balloon could be thought of as the cell body, which is responsible for all the life processes of the nerve cell, and the string or axon is the part that conducts messages to other nerve cells in the form of electrical impulses. Gray matter (GM) comprises mainly nerve cell bodies, and white matter (WM) is made up of axons.

The study found that the total volume of GM and WM did not differ between groups. However, many brain regions had different amounts of GM and WM, which were similar for the 0 and 0-14 handicap groups (skill 1 group), and also similar for the 15-36 and non-golfer groups (skill 2 group). The parts of the brain involved in sensorimotor behavior (i.e., areas in which information from the outside world is received and then suitable messages are sent to muscles for action) is where the major differences existed. Skill 1 golfers had greater GM volume in the main sensory areas as well as an important motor (premotor) area. Skill 2 golfers had more WM volume in the white matter areas that send messages to the muscles to contract in order to produce movement.

The authors believe that because golf handicap is associated with amount of total practice since first commencing golf, the changes in the brain were induced by intense golf practice. Even though 0 handicap golfers practiced up to eight times more than 0-14 handicappers, they had the same amount of brain change, which the authors surmised as meaning that changes take place within the first 800-3000 hours of practice. The age of starting golf did not make any difference. So, when, during early training a golfer practices enough to reduce his/her handicap below 15, there are changes made to brain GM versus WM. The most change was seen in the areas of the brain reserved for processing spatial information and for the cognitive aspects of movement such as that required to prepare for and generate movement.

The authors could find no reason for the decrease in WM, and surmised that it was a result of acquiring more “automated movement” circuits, which are controlled by other brain areas. They concluded that decreased WM was therefore perhaps because the fibers that decreased in volume may not be directly linked to muscle movement control in golf. The authors concluded that either GM and WM reorganization is a result of either differing practice intensity or existing brain area variability, which one might term innate ability, Mostly, however, as it is known that the human brain has great plasticity, so the authors believe it to be a case of “practice makes perfect.”