When it comes to golf sequels, the second edition is rarely as good as the original.

Does Caddyshack II ring a bell? Sadly, it probably does to anyone who paid good money to see the disappointing sequel to the original. What about Tommy Armour 855 irons, Greater Big Bertha driver or any other club which tried to follow the classic model? More disappointment.

But the Jack Nicklaus designed Ocean Course at Hokuala is proof that sometimes golf course version 2.0 can outdo the original. Because the original course, opened 20 years ago, was once known as the 36-hole Kauai Lagoons.

New owners turned it into an 18-hole waterside layout a few years ago and in keeping with its new name, kept the most spectacular holes by the surging Pacific waters, making holes 13-17 the longest sustained coastline in Hawaiian golf.

As part of the upscale Timbers Resort on the southeast edge of this golf-rich island, it combines a leafy, tree-shaded front nine with the ocean dominated back side.

“The course has become popular during the pandemic where it could be played by resort guests who took part in the resort bubble for transpacific visitors and by locals as well,” said Kellie Hines, one of two female head pros in Hawaii, and a 6th generation native of the island.

“The locals can come and play here and the resort guests inside the bubble have complete access.”

The Ocean Course comes complete with a full practice center, driving range and short game area along with a large clubhouse and well-stocked pro shop. 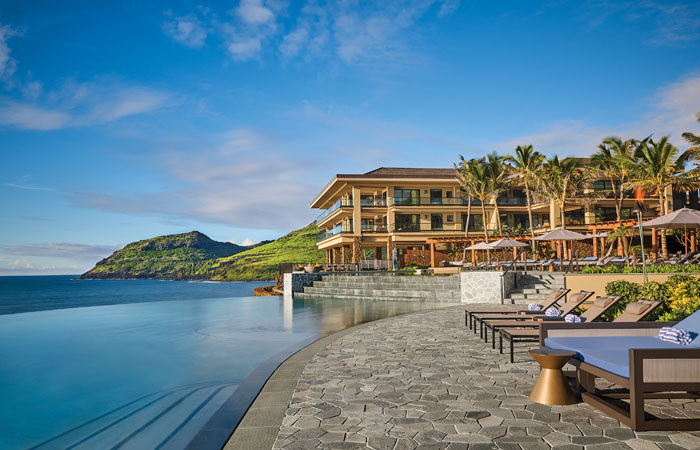 “It’s a very popular place for golfers to experience the course and all it has to offer,” said Hines.

While the front nine could look like a golfing journey through Jurassic Park (not surprising since parts of the original movie was filmed here), as it winds its way through papaya and guava groves, the back nine is where all the drama comes in.

After two holes which skirt the international airport on the island, the par 4 13th turns decidedly toward the ocean. You’re faced with a slender fairway and a bunker guarded green located directly in front of the tumbling surf.

The par 3 14th has water all along the left side of the fairway, leaving your next legal dropping spot likely Australia. There is a narrow green and force arroyo carry off the tee box.

The par 4 15th offers water along the left side with generous landing area on the right. It’s also lined with houses you can rent out during your stay here, if you want to memorize the hole before you play it.

No. 16 is another par 4, with a very tight landing area and the boat-lined harbor all along the left side and the fairway dramatically slopping downhill. In fact a well-struck tee shot can catch the fairway slope and roll almost to the green giving you a birdie or even an eagle possibility.

The par 3 17th is the last water on the back nine with the harbor emptying into the lagoon which forms an island green. This hole boasts a dangerous tee shot which can be rinsed or reward in equal numbers.

A 2016 renovation added sparkling white sand to all the bunkers, framing holes to be even more vivid, if such a thing is possible, on the Ocean Course.

As for the forgotten 18 which was part of the original Nicklaus 36? It was transformed into a working farm along with walking and biking trails. The only evidence of its previous life is the metal yardage markers which still line the concrete cart paths.

If you’re still an original course type of golfer, Kauai has plenty of offer there as well.

While sometimes overlooked when focused on its more flashy neighbors, Wailua Golf Course, is the oldest golf course on the island, one of the oldest in Hawaii and offers classic, golden-era seaside, walkable golf holes, a mere few steps from the Pacific Ocean. First built as a 9-hole golf course in the 1930’s, and expanded to 18 holes in 1961, Wailua has hosted 3 USGA Public Links Championships, the only USGA championships held on the island. 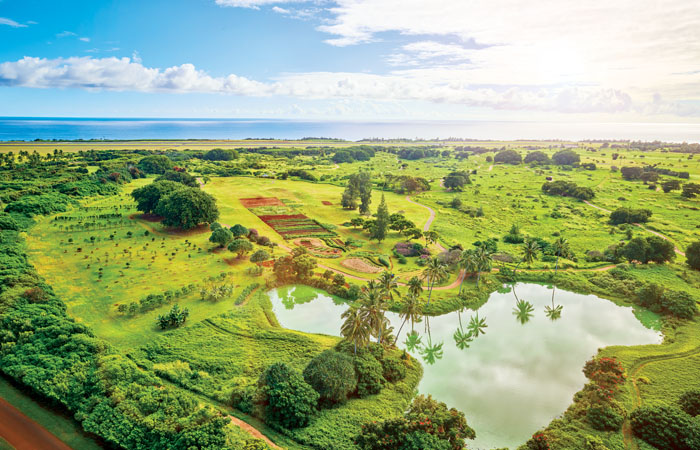 Regarded by the USGA as one of the top municipal courses in the country, Wailua was designed by Toyo Shirai and is highlighted by great mountain views along the Coconut Coast, and multiple ocean holes – all of which combine for a value friendly golf experience at Wailua.

The largest resort property on the island is the master planned Princeville Resort, which contains the Princeville Makai course, the first solo design by Robert Trent Jones, Jr., after working for his equally famous father. RTJ, Jones, Sr.

It contains 27 holes – the 18-hole Makai Course and the 9-hole Woods Course – with jaw dropping scenery against surrounding mountains which were used for the epic movie South Pacific.

The Makai course was completely renovated in 2009, introducing new Seashore Paspalum, a saltwater tolerate turf grass on all fairways and greens. Princeville Makai features surreal vistas of Bali Hai and Hanalei Bay, including the signature par-3, 7th hole that offers a 213-yard shot over scenic cliffs, brilliant white sand bunkers with the ocean is an ever-churning backdrop.

The adjacent nine holes are known as the Woods Course which features natural Hawaii hardwoods instead of the ocean scenery. 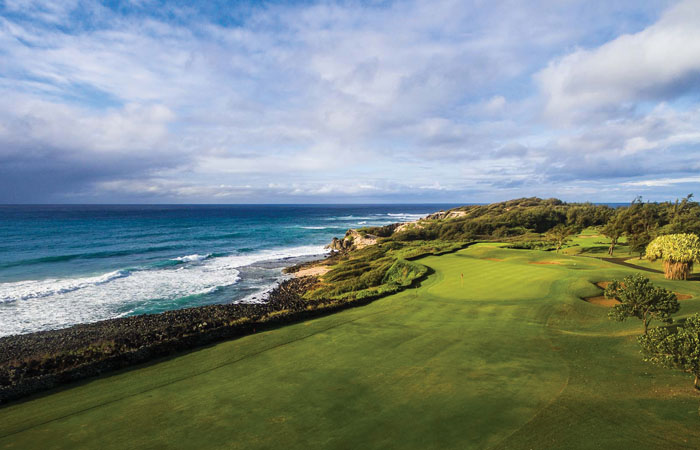 If you want to get really original, the Prince Course, which was ranked as the No. 1 course in all of Hawaii for years, is currently out of service while developers try to figure out how to bring back the great course surrounded by high dollar real estate.

“I’ve been hearing they will start construction on the real estate this spring and the golf course will be open in a year, I certainly hope so,” Jones said.

Another Jones design on the island is the Poipu Bay Golf Club, the former site of the PGA of America’s Grand Slam of Golf. The par 72 course, designed Jones, Jr., is next to the 500-room Kaua’i Grand Hyatt Resort and Spa where Tiger Woods and the rest of the PGA Grand Slam competitors used to stay each November.

The best holes are those alongside the ocean, Numbers 14-17 where the wind can be a real factor either helping or hurting any shot.

The fourth Jones designed course is the Kiahuna golf layout where Jones built the course on the many ancient remnants of an authentic Hawaiian village which includes local history and scenery.

It’s the newest public course on the island and framed by sweeping views of the Pacific Ocean, historic Mt. Ha’upu, and the lush tropical landscape. 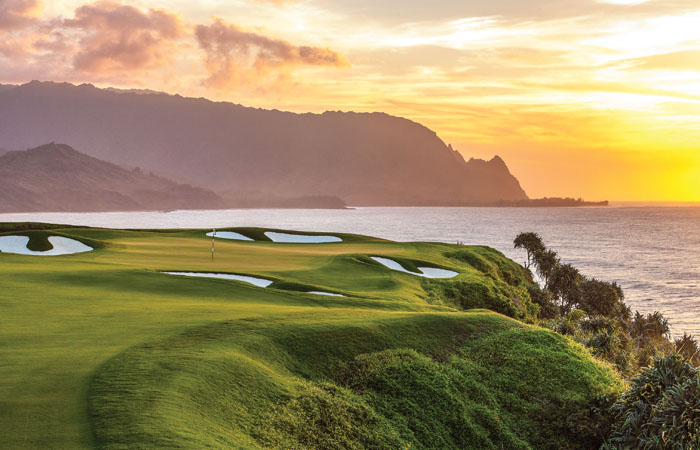 “Kauai is what everybody in the states think Hawaii looks like all the time, while Honolulu could be Miami Beach.” Jones, Jr., added,  “Natural, lush, following the natural contours of the land and beautiful everywhere you look.”

Where the Hawaiian links the sequel and the original both offer plenty of Garden Isle Golf Challenges.

For more Kauai golf information, including the latest COVID-19 golf restrictions for mainland travelers go to, www.timberskauai.com, www.gogolfkauai.com  or www.gohawaii.com