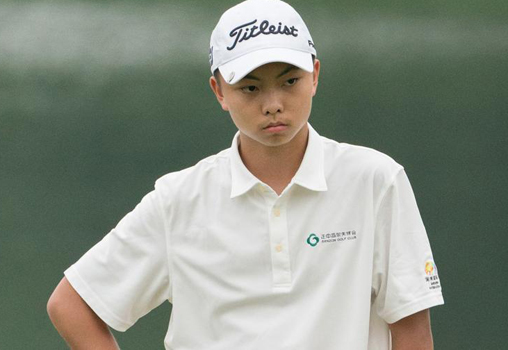 Yang Kuang became the second youngest to make a European Tour cut. And, he did it in great fashion by holing a 15-foot birdie putt on the last hole to make the weekend on the number. Golf.com’s Daniel Rapaport has the details.

A moment to cherish forever 😋

14-year old amateur Yang Kuang drains his putt on the last to make the cut!#VolvoChinaOpen pic.twitter.com/fAHGKs3v71

Kuang’s heroics have only been eclipsed in history by another Chinese golfing prodigy, Guan Tianlang, who was just one month younger when he made the cut at the 2013 Masters. Tianlang is now a sophomore golfer at the University of Arizona.

“Unfortunately, I don’t have a lot of time to practice as I have just finished my mid-term test in school and this week I only played two rounds,” Kuang said at his pre-tournament press conference. “I am still young, so school is still my main focus. On top of that, I can get 15-20 hours of golf every week.”

“I know it may not be enough but I am still young and still have lots of potential to improve.”