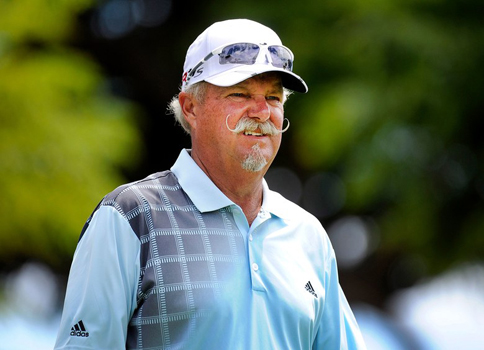 Gary McCord responded to questions revolving around he and Peter Kostis’ contracts not being renewed by CBS. GolfWorld’s Dave Shedloski has the illuminating details (okay from one side of the battle).

“This is not how I would have preferred to see it end,” McCord said. “I’m going on 72. I’ve been doing this for 30-odd years. I knew I was coming to the end of the deal, but I was going to go out on my terms. That’s not happening now.

McCord, who began his CBS career at the 1986 Memorial Tournament, had an inkling what was coming after learning close friend and colleague Peter Kostis, who has been with CBS since 1992, was informed last Wednesday that his option was not being picked up, either. “I looked at my phone, and I had a message from a 212 area code Wednesday night and thought, Uh oh,” said McCord, who got the news from McManus on Thursday.

“He [McManus] tells me, and he told Peter the same thing, that ‘We think CBS golf is getting a little stale, and we need to go in another direction,’ ” McCord told Golf Digest by phone from his home in Scottsdale. “I’ve been called a lot of things, but one thing I’ve never been called is stale.”

McCord, a former PGA Tour player and winner of three PGA Tour Champions events, is smarting over the decision mostly because he didn’t have a chance to personally thank all his CBS teammates behind the scenes who have supported him through the years, people who have become like family. “You just don’t do something like this,” he said. “You shouldn’t do it this way. No chance to say thanks to the viewers, to all my CBS friends? That’s what you get for 35 years?”

A CBS spokesperson said that the two men were offered the chance to work the first two events of 2020, the Farmers Insurance Open and the Waste Management Phoenix Open but both declined. McCord and Kostis are based in Scottsdale and are partners there in the Kostis McCord Learning Center at Grayhawk Golf Club.

McCord confirmed that he declined because, he said, “The way it was presented, I felt it was more for them than for us.”

Then who is potentially taking their places?

Rumblings picked up by Golf Digest suggest that the network is going younger by making Trevor Immelman, the 2008 Masters champion, one of the new mainstays. He is expected to be join by his brother, Mark, a former All-American golfer and currently a college coach at Columbus State, who also does broadcasting on PGA Tour Live and on SiriusXM Radio. And 1997 PGA champion Davis Love III, a close friend of golf producer Lance Barrow, also could be in the mix at select events, including the Masters, according to sources.

Hmmm. Not sure those are the groundbreaking subs who immediately come to mind for enhancing the telecasts.

Share: Gary McCord Speaks Out About CBS Letting Him Go