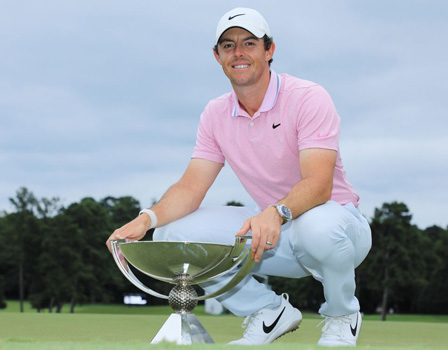 Putting has long been thought as the most important part of a golf game. However, it appears a strong tee-to-green game (ball striking) might be the pick to click.

To illustrate just how much more important ball striking is than putting, here are the top 10 finishers in strokes gained tee to green:

Eight of those 10 player made the Tour Championship.

Here are the top 10 finishers in strokes gained putting:

None of those 10 players made the Tour Championship.

Share: Is It Now Ball-Striking For Dough, Putt For…?