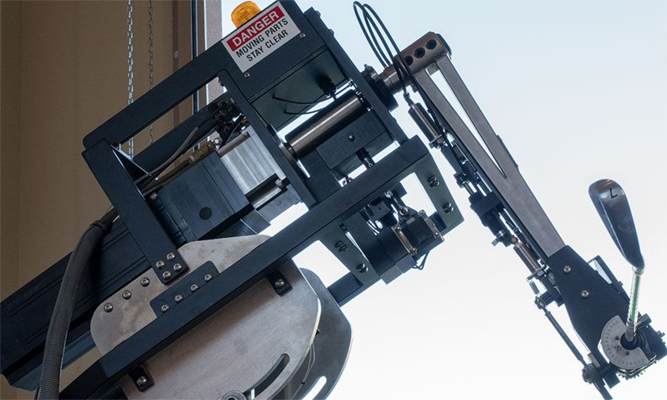 Golf ball studies fascinate me. For one, I seriously doubt the average golfer can honestly pick their favs via a blind test. To me, it comes down to ego, wallet size, susceptibility to marketing and maybe the logo (years ago I loved Precept’s bold double-digit markings).

Yet, ball fittings have become a popular testing ground to match your swing for optimal distance, spin and feel. MyGolfSpy.com conducted their own laboratory testing to deliver best/worst results for various swing speeds. It was that site that first publicized the performance/cost benefits of Costco’s Kirkland premium ball to the ever-popular Titleist ProV1.

So, what were the findings this year and do we have a new favorite off-brand to stock up?

There’s so much myth and misinformation around the golf ball, it’s become next to impossible for average golfers to know what ball to play. The fact of the matter is that performance differences are real, though there is some evidence to suggest that some manufacturers are hoping you don’t notice. Confirmation bias is a powerful drug, and with so many factors contributing to the success of each shot, it’s far too easy for any of us to see the performance we want to see.

That said, the ball you’re playing today might be costing you strokes.

If that is not enough to convince you, consider this; at the fastest speed tested, the distance between the longest single ball and the shortest in the test was an astonishing 38.77 yards. For most golfers, that’s a 3+ clubs difference.

There’s going to be some manufacturing variance between individual balls of the same model, but it’s nothing compared to the performance differences between models. Golf is hard enough, so it makes sense to eliminate every variable you possibly can. Choose one ball, and play it every round and every shot.

Here are the overall results… 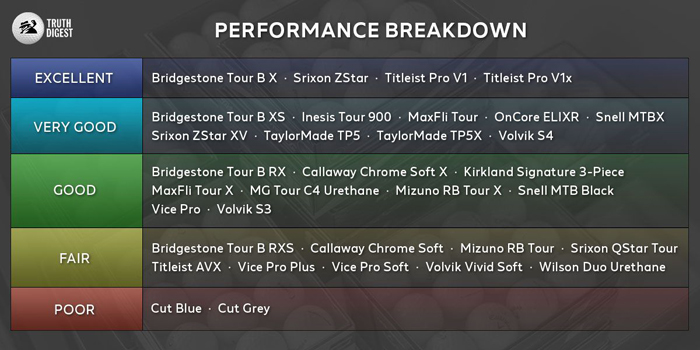 There’s little surprise the ProV1 line is at the top. Tiger’s ball is the Tour BX and we offer the Z-Star with our AG Passbook. I do use and like the Zs.

What I didn’t know was Mizuno has a ball and who the heck is Inesis?