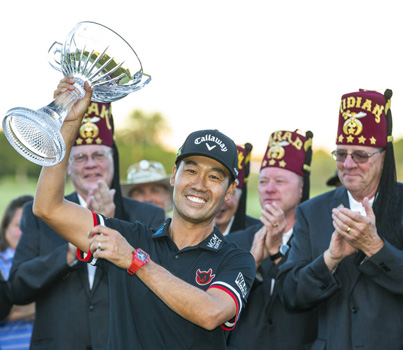 Kevin Na proved that great putting can indeed lead to great things–even if the rest of your game is a struggle. At the Shriners Hospitals for Children Open, Na was a magician with the flatstick leading to a playoff win against Patrick Cantlay. Steve DiMeglio files the report.

Most strokes gained putting by PGA Tour winner (stat has been kept since 2004):

Talk about a Yin and Yang golf career…