The DFW golf landscape is ever changing, and there are always movers and shakers in the industry that we follow so closely. The PGA of America’s move to Frisco, the emergence of Topgolf as a global technology sensation and a trio of fantastic young PGA TOUR stars make this one of the best times ever to be a fan of the game of golf here in the Metroplex. Whether it be tournament directors, CEOs, super agents or world-class instructors, there is some real diversity to those who are considered to be the most powerful in the golf industry in DFW. AVIDGOLFER Magazine spent some time last month compiling our list of those we feel are the most influential to the game in North Texas.

Pillsbury has a storied career in the golf business, starting his career at American Golf Corp. He then pivoted a few times, running golf for Nike, and then working for the PGA TOUR, where he was often rumored to be next in line for commissioner before Jay Monahan was named.

Pillsbury came to ClubCorp (now Invited) in 2018, and dramatically changed the culture, hunkering down and investing in the company’s 200-plus clubs across the country. Having more than 430,000 members nationwide, and playing over 5 million rounds nationally, Invited controls a significant portion of the golf played. Locally, Invited runs 13 clubs and 21 golf courses, controlling a significant portion of private club golf played in our market. Pillsbury also was pivotal in bringing the AT&T Byron Nelson to TPC Craig Ranch and helped create the new Champions Tour event, The ClubCorp Classic in Las Colinas.

While the company is quiet on the acquisition front, Pillsbury still has his hands on growth and influence. Invited owns the rights to Big Shots, a rival in technology to Topgolf, and owns or manages many university clubs across the country.

Arcis owns over 70 properties across the country and locally runs nine properties operating 11 golf courses. Arcis is a young company, starting less than 10 years ago, and has been on a blistering pace of acquiring facilities since its inception. That makes sense, as Walker cut his teeth in acquisitions at ClubCorp before he set off on his own.

Walker grew up in Dallas, went to college at SMU, and is active on many local boards and charities, which keeps him in the know of what is going on locally. Walker also just hired a prominent hotelier as his President, so look for them to continue their torrid acquisition pace, and possibly branch out into other hospitality categories that align with golf.

Having extensive success in corporate America, particularly in the financial services arena, Waugh was a great candidate to take over the PGA in 2018. Since then, Waugh has embraced our fair city.

The PGA of America is comprised of over 29,000 PGA professionals and runs some of the largest and most influential tournaments in the world, including the PGA Championships and the Ryder Cup. If you take lessons from your local pro, there is a very good chance that he is a member of the PGA.

Waugh was also instrumental in moving the PGA headquarters to Frisco, Texas, where they are spending over $500 million to build a huge complex, including two golf courses built to hold championship events. Once complete, Waugh likely might move to the top of this list.

At just 29 years old, Spieth has accomplished a huge amount on the golf course, including 13 TOUR wins and three major championships. If he isn’t the most popular player on TOUR, he is certainly in the conversation, and he won the hearts of many of us in DFW since he came on to the scene as a 16-year-old and finishing in the top 20 at the Byron Nelson as an amateur.

Given his skins and his popularity, putting his name on nearly anything in town will inevitably lead to instant success. His charisma and talent have made him extremely popular, and if his name is associated with it, success will come. Just ask Under Armour.

While many of you have visited a Topgolf facility over the years, you may not realize the real breadth in which Topgolf, Inc. reaches.

Yes, there are over 60 locations around the globe and four locally, but Topgolf has evolved into a technology, as much as an entertainment, company. If you have watched a professional event on TV and witnessed the yellow line track a golf ball, then you have seen their Top Tracer technology, which they are using to grow in many ways. Fairly soon, it may be on the driving range where you practice, or in a hotel in which you are staying.

Starrs comes from the hospitality and entertainment business, but also was an executive of the first all-digital theater company, which fits in Topgolf’s growth in entertainment and technology.

At press time, Scheffler was the No. 1 golfer in the world. He has won four times this year, including a victory at the Masters, and as Jordan Spieth will attest, that carries a lot of weight. While he is not as extroverted as Spieth, his play is giving him cache.

There isn’t much that can be said about Scheffler, aside from the fact that he is confident, engaging and a good family man who hails from a good family. If he keeps up his winning ways, the sky is the limit for his influence on the golf world.

Quietly, under Winkle’s regime, Hambric is becoming one of the top agencies in golf. They currently have the No. 1 player in the world in Scottie Scheffler, as well as two of the top draws in LIV golf in Dustin Johnson and Brooks Koepka. The agency recently signed three of the top players from college and have grown into Europe, as well.

Hambric Sports has become a huge force in the golf business, and more than one person could have been on this list. Rocky Hambric, the founder, was the most likely, but he recently moved to California. Blake Smith, whose clients have won five majors, is also one of the most respected agents in the business. Nearly every article written about him references his father, renowned teacher Randy Smith, but Blake’s success stands on its own now. 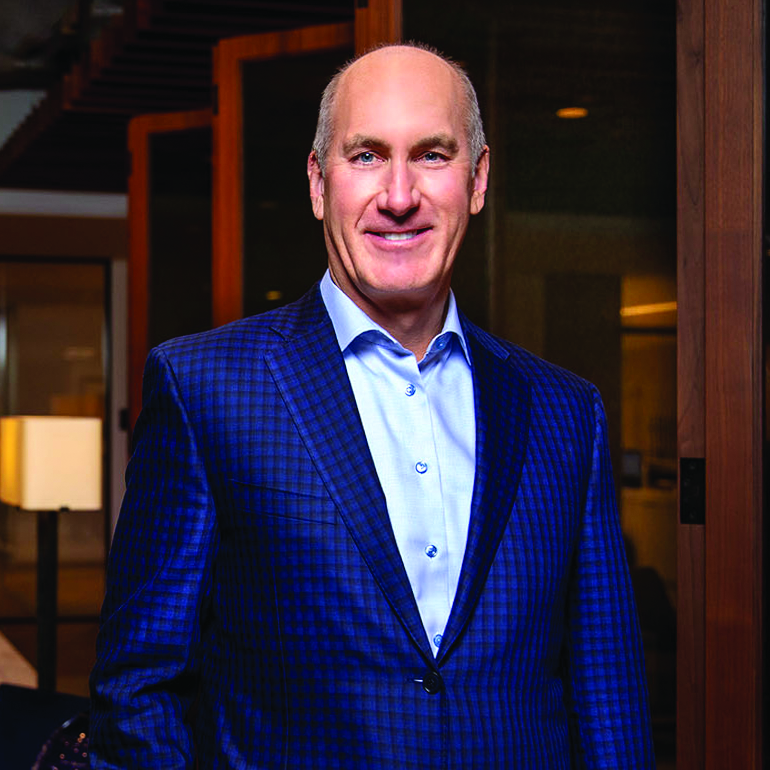 The telecommunications giant spends a lot of money on golf, sponsoring Jordan Spieth and the Byron Nelson, among other golf-related events. Stankey inherited many of the contracts from his predecessor, Randall Stevenson, but has kept the ball rolling. Stankey knows media well, as he was the COO of Warner Media, and golf is a big part of their strategy

A new entry on this list, as Charles Schwab recently moved its headquarters to Westlake. Bettinger has been the CEO since 2008, and in that time, Schwab has been the official investment firm of the PGA TOUR, and recently, the title sponsor of the Charles Schwab Challenge at Colonial. Schwab also is a main sponsor of the Champions Tour. They know their customers, and golf, and their commitment to the game continues to grow under Bettinger’s regime.

The famous line in All the Presidents Men, is follow the money. In big deals in golf in our city, the arrows point to Woods.

Woods was instrumental in getting Trinity Forest Golf Club built, and in getting the AT&T Byron Nelson moved there for a time. While the money didn’t all come from Woods, he had the vision and passion to get the project done, and he did.

When the PGA of America had grand plans to move to Frisco, it involved having a large investment, including a campus, hotel, business suites and two championship golf courses. At the 11th hour, when it looked like the deal was going in the wrong direction, Woods was instrumental in ultimately getting the deal done.

Woods has a passion for golf and a passion to make money. If you have a golf deal that needs to get done, call him … if you can find his number (we couldn’t).

Since Jordan Spieth turned pro, he has had Danzi as his agent of record. Few pros have more endorsements than Spieth, and most, if not all, can be attributed to Danzi’s work as his agent.

Morse runs the day-to-day operations for the largest owner of private clubs. Everything written about Pillsbury rings true for Morse, as well. Plus, if Pillsbury uses his success at Invited as a steppingstone for something else (next commissioner of the PGA TOUR?), Morse can step right in, as things are running smoothly since he took the reins of the daily operations.

McDonald operates a company started by him and three of his University of Oklahoma buddies, and they have quietly grown it to 19 properties across the country. They do not have any clubs in our market, but they have, however, aligned themselves with LIV Golf, scheduling a number of LIV events at Escalante properties. If LIV Golf makes it and thrives, Escalante could be a force to reckon with, as they were on the ground floor offering places to play.

The NTPGA is the local arm of the PGA of America, and Harrison has been at the helm for nearly two decades. He has a dotted line of responsibility for 900 PGA members at 300 facilities in our market. He also was instrumental in securing the move of the PGA headquarters to Frisco, which will be responsible for billions pumped into the local economy over the next several decades. 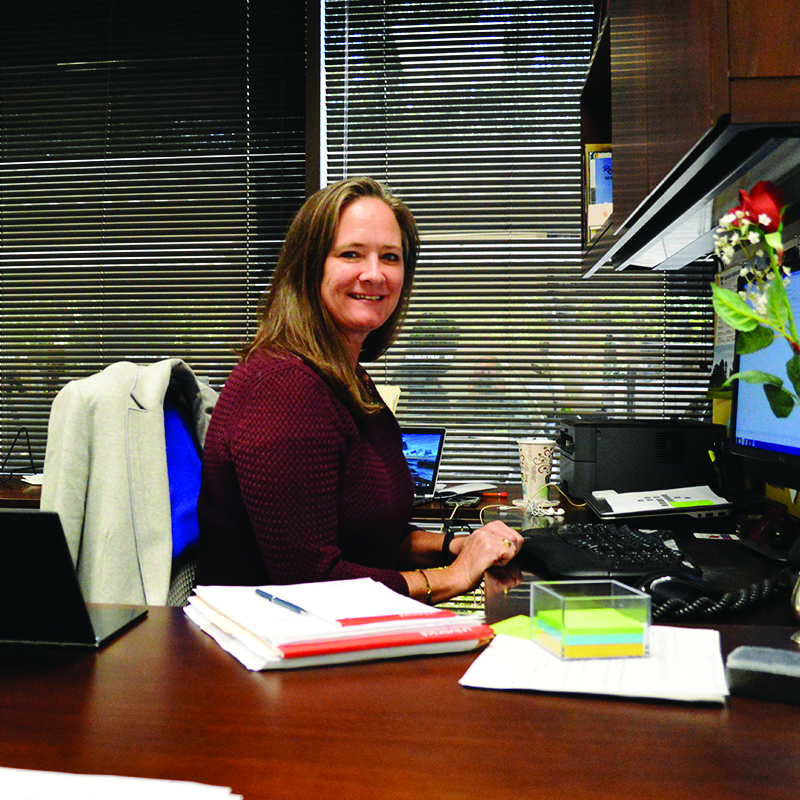 The TGA does all the dirty work for the USGA locally. They manage all golfers with a registered handicap, run all of the national amateur qualifiers, and perform all of the course ratings for the clubs in the state of Texas. Dennis, the only female on the list, has also been instrumental in growing the game for women in our great state.

Drago has been running the AT&T Byron Nelson for nearly 20 years. The Nelson has been one of the top charitable events in the history of the PGA TOUR during Drago’s tenure, and this year alone will clear north of $6 million.

There aren’t many who have had more success with their clients. Van Biezen can boast more than a half dozen majors by his clients, and they swear by him. He was one of the pioneers in active release therapy and has grown his business with services that complement through fitness and recovery.

While Zalatoris has only been a professional for a few years, his popularity has grown exponentially through his success at major championships. Though he has never won on the PGA TOUR, he has six top-10 finishes at the majors in the last three years, including runner-up three times. Seems only a matter of time before he becomes the latest PGA TOUR winner from Dallas.

There are many of them in our market and, depending on how their players are playing at the time, have a lot of influence on how the game is taught and with which training aids. Currently, Randy Smith (Scottie Scheffler), Cameron McCormick (Jordan Spieth), Troy Denton (Will Zalatoris) and Chris Como (Bryson DeChambeau) all have a high level of influence but can change daily, based on their roster of professionals.

Starting from age 16, Smith has been in the golf industry, including stops at Century Golf Partners, Arnold Palmer Golf, and an oversight career with Walt Disney World Resort in Orlando. As a member of Advance Golf, Smith was the project lead for Bridlewood, WestRidge Golf Course and Sky Creek Ranch, which has become one of the premiere daily fee courses in DFW.