Last month, Dallas sports radio giant The Ticket held its second April Fool’s Open at Prairie Lakes Golf Course in Grand Prairie. If you are a Ticket listener, you likely remember the first incarnation of the event held at the same venue back in 2016. The inaugural event featured several Ticket personalities all vying for the title of best worst golfer at the station.

The first tournament, which was a three-hole shootout, featured seven competitors, many of whom had never picked up a club, much less played any competitive golf. Mike Rhyner, Donovan Lewis, Ty Walker, Jeremy Moran, Danny Balis, Jake Kemp and TC Fleming rounded out the field, which saw several funny moments, including some of the most iconic audio ever heard on the Ticket. To wit, when Moran missed a three-inch putt that had George Dunham laughing hysterically at his expense. The moment is still re-visited on the station regularly (to Jer’s chagrin). The winner of the first tourney was Danny Balis, who managed to navigate the par-12 layout in 27 strokes, en route to the victory. 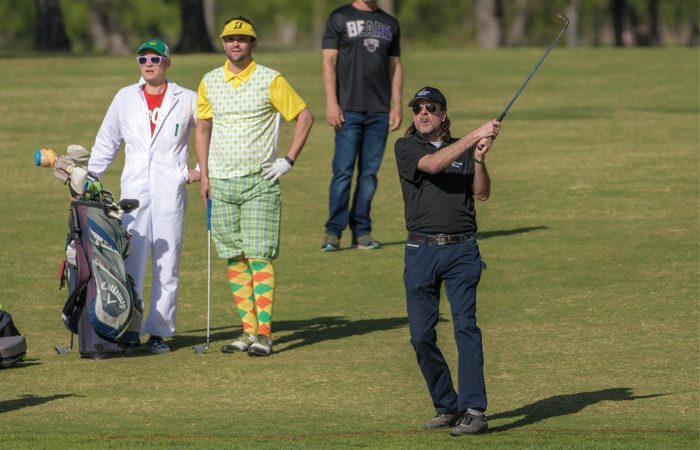 Many Ticket listeners have been clamoring for the next playing of the Open ever since, but with the other station events followed by the pandemic, the second playing of the tournament had been delayed for a little more than six years. Then in March, the announcement came down that the second edition of the tournament was to be played in April, once again at Prairie Lakes. 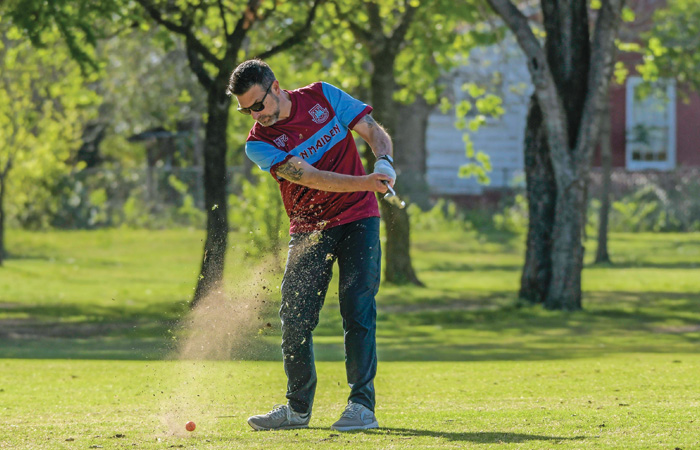 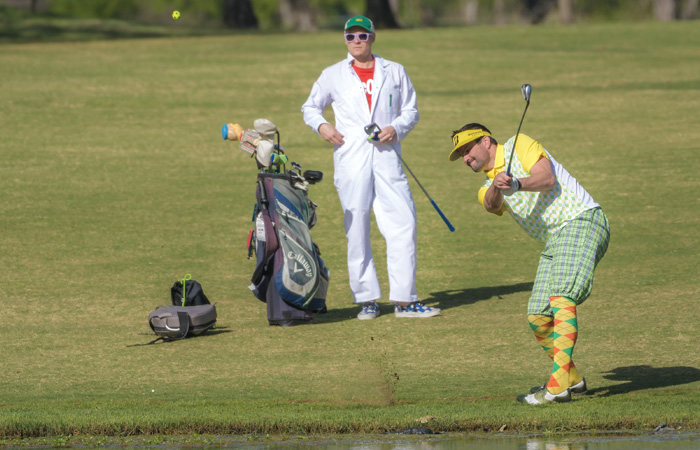 Hundreds of Ticket listeners made their way to the three-hole layout to witness the second April Fool’s Open, along with many of the Ticket hosts, who would serve as commentators for the afternoon’s events. The Hardline with Bob Sturm and Corby Davidson began their show from the area near the three-hole stretch at 3:00 p.m., with a scheduled shotgun start at 4:00.

The event was every bit as entertaining as the first Open, with plenty of hilarious moments mixed in with a multitude of atrocious golf shots. In the end, it was afternoon drive-time ticker personality and weekend host Ty Walker who emerged victorious, with a final score of +10, a new April Fool’s Open record. 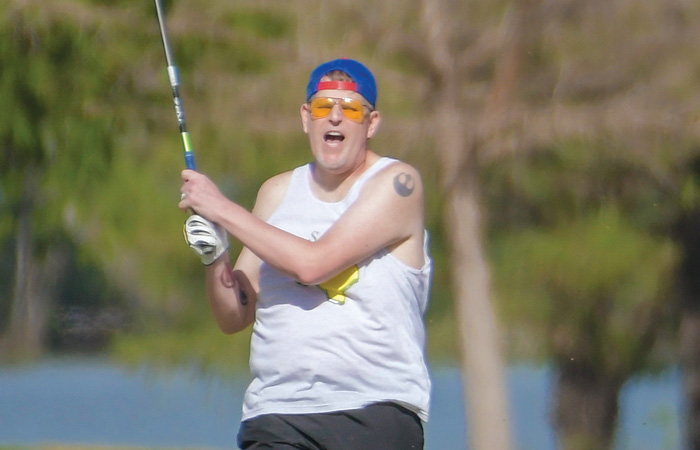 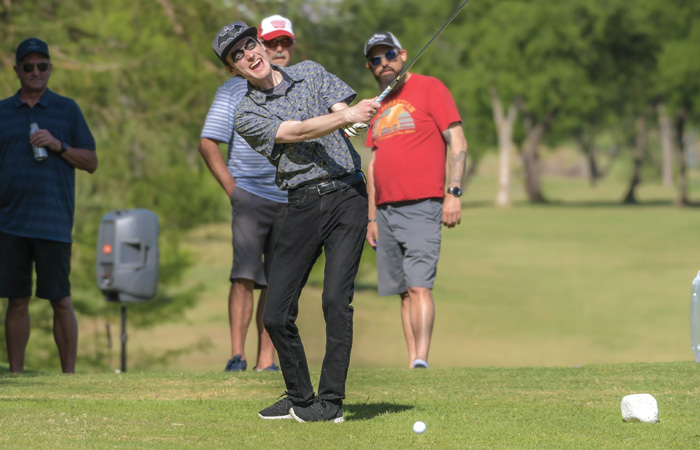 Walker began his day with a nine on the opening par 4, but then settled in to post a nine on the difficult par-5 second hole and finished by making a three-foot bogey putt at the last to defeat defending champ Balis by three shots. The grinding effort on the final hole gave Walker the first bogey in tournament history.

In his post-round interview, Walker gave credit to his caddy Eli Jordan, “I give Eli all the credit. He gave me the game plan, and all I had to do was execute. First praise goes to our Lord Jesus, and second goes to Eli,” Walker said.

Congrats to all the competitors and The Ticket for another great April Fool’s Open.