The famous Riviera Country Club in Los Angeles has been the home of the Genesis Invitational since 1929. In 2028, it will also play host to the Los Angeles Olympic Games. No wonder it is a popular stop for the PGA TOUR’s very best, who are additionally motivated to be a part of an event that supports Tiger Woods’ TGR Foundation. So, the recently held 2022 version of the Genesis Invitational was a great opportunity to find out what modern golfers are trying to achieve when they make their masterful-looking shots, and what regular golfers can learn from the experts.

Sixteen players, including one from the Collegiate Showcase, and one coach-to-the-pros responded to the question, “What is the one magic move that must happen for you to make a successful shot, and what happens when that move isn’t executed properly?”

Some pros were taken aback by the question and had never thought about such a thing before, whereas others were very quick to respond with extremely lucid responses – their answers might be an indication of the players’ personalities and playing styles, too!

Given that there are literally scores of thoughts a golfer might have while trying to pull off a good shot, it was surprising that the mini-qualitative analysis that resulted from asking so many golfers the same question could be divided up into specific themes.

The first theme that some responses could be grouped together to form could be referred to as more of a mental than physical strategy. Mainly a “don’t overthink it” strategy.

Justin Thomas said for him the most important concept is “repetition;” Maverick McNealy said “timing and tempo.” Other similar responses came from Xander Schauffele, “be relaxed;” Alex Smalley, “trust;” and well-known golf coach Dana Dahlquist, “be committed to the shot.” 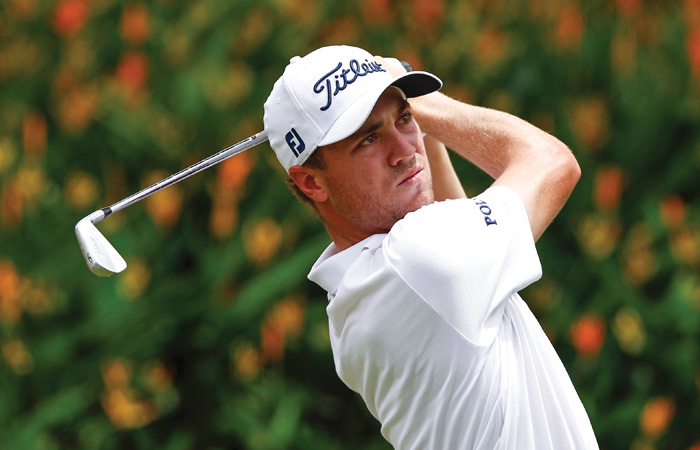 Now these concepts could be a double-edged sword. On the one hand, they could help to keep the golfer from focusing on too many body-segment thoughts (an internal focus of attention being proven through considerable research not to have the best results). On the other, it is also known that under pressure the level of the fight-or-flight hormones (the catecholamines) goes up and, as a result, muscles contract faster and more forcefully. When that happens, to try to time a swing or expect repetition might not be the best strategy. Under pressure, what might work better is getting the arms, legs, torso and head into a top-of-backswing position from which the body’s joints cannot help but move into their desired positions at the right moment;  keeping in mind that “timing” in golf refers to correct downswing sequencing of lower- before upper-body.

The next most common response was about ensuring a downswing rotation about the lead hip.

The theme here involved each golfer ensuring that he “rotates through the lead hip” in the downswing. Patrick Rodgers said “rotate hips in the downswing,” Kyle Stanley said “rotate well, through the ball,” Vince Whaley said “keep moving lower body through the ball” and Sam Ryder said “hit into a stable left side – left foot planted and chest moving to target.” Garrett Wood, a University of Kentucky student who participated in the Collegiate Showcase, said, “the left hip should clear out of the way.”

This is indeed an important swing concept as it might prevent either an early extension of the spine or prevent coming “over-the-top.” However, should it be the effect of what has transpired in the backswing or something to try to achieve consciously? In the past few years, the golf swing has once again become a swing of considerable backswing and downswing lateral (sideways) weight shifts. A case of golfers constantly being asked to “do this” or “do that” without any rationalization of whether a required movement is something the human body is actually capable of.

In order for a golfer to rotate the lead side of the pelvis over a stable thigh, the golfer must first have shifted pressure onto the lead foot (study Rory McIlroy from the rear, and it can be clearly seen that his lead knee is directly on top of his lead ankle by the time his hands are chest-high in the downswing, indicating that he has shifted pressure already). When pressure is closer to the inner or outer edges of the lead foot or closer to the lead heel, the rotation is not perfectly made – try it for yourself to discover the truth of it.

In the meantime, regardless of where pressure is halfway into the downswing, rotation will happen, because the many powerful trail-shoulder and torso muscles, which get stretched in the backswing, will contract forcefully in the downswing to cause rotation. Thus, rotation just might happen before weight has fully shifted onto the lead foot. Why does that matter? Too-early rotation (of the trail-side shoulder girdle and torso) without being preceded by the correct amount of weight-shift is what causes directional issues.

Then there were two themes vying for equal honors at third place. Two pros said “takeaway” (Rory McIlroy and Nick Watney), which is certainly one very important aspect of the swing. Do these two players believe that the club is guaranteed to continue on a good swing plane if the takeaway is correct? What would happen if the swing plane post-takeaway was not maintained? Is there any science to the concept of swing plane at all? One research paper says no, while some others say yes.

Two pros (Sepp Straka and Hank Lebioda) said “transition” was most important for them. Transition, however, is very dependent on top of backswing positions, and is often mainly involuntary and controlled by the motor control system.

Two other responses were, interestingly, the opposite of one another, and thus obviously subjective. While Pat Perez said a too-short backswing was not a good thing for him, Lanto Griffin said he had to make sure to “complete the backswing.”

Finally, Viktor Hovland said “set-up” (especially aim and shoulder tilt) were his most important concerns. Why have golfers through the ages put so much emphasis (given lack of any scientific evidence) on what is referred to as “the fundamentals” or the important set-up details? After all, those positions change quite drastically during the swing. 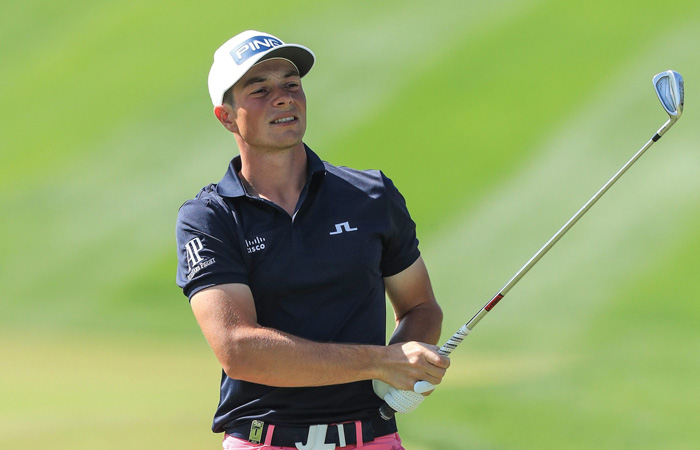 It is well known from motor control research that an elite golfer is supposed to be in an autonomous state of performance. But every time he has some swing thoughts interfering with his swing, especially his downswing which must take place in 1/3rd second or less, he reverts to the less effective associative stage. Why then do golfers have any swing thoughts at all, especially in their downswings? Are all the sciences, most importantly those of musculoskeletal and neuro anatomy and motor control being applied adequately to the golf instruction of the professionals? Additionally, could there be a “Fosbury flop” version of a golf swing that achieves everything required for ideal impact merely through a great set-up and perhaps one backswing thought with zero downswing thoughts?