Bunker play tends to be one of the most feared shots by the weekend golfer. If you ask a PGA Tour player they will likely tell you it’s one of the easiest shots. Now, I know that you know this already. So, the question is: why is there this discrepancy in the difficulty of this shot?

The fundamental component that determines the success (or lack of success) from a greenside bunker is “low-point control”. Contact too far back will likely lead to the ball staying in the bunker. Too close to the ball will see the ball fly over the green into whatever abyss awaits on the other side. That’s where the FEAR of these greenside bunker shots stems from. It’s a big swing to make the ball travel a short distance.

So, there’s good news and bad news when it comes to bunker shots. The good news: there is a wider margin for error contact-wise than any other shot in golf. The bad news: if the error is made outside of the accepted range the penalty is great (the abyss over the green). 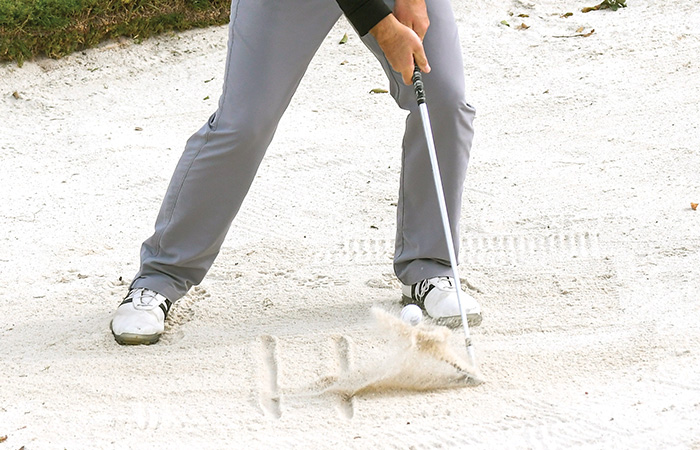 Remember, shirt buttons forward and stay forward! Now, you have the ability to land the club in the correct spot. However, it still takes a little practice. Draw two lines in the sand about one shoe width apart. Imagine the ball sitting on the font line. Now, work on landing the club in between the lines. As long as your shirt has buttons, there is nothing to fear from a greenside bunker!