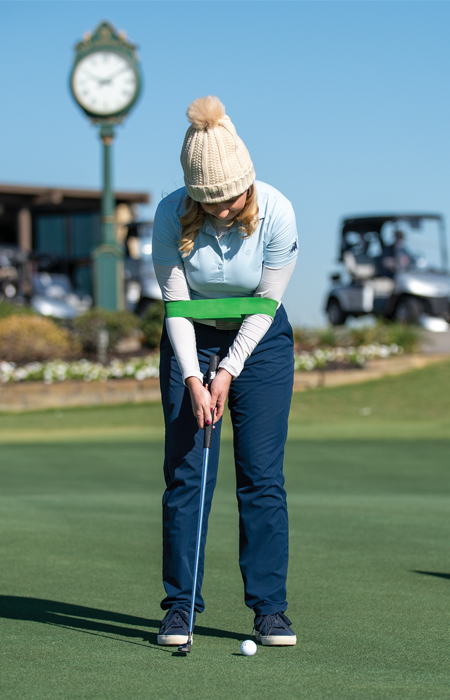 Here are some drills to work on stroke now that everything is moving as one unit.

This drill gives you immediate feedback, rather your stroke is too much inside/outside on the takeaway, as well as too much in-to-out or out-to-in on follow-through. To set up this drill, draw a line on the crease of your home course scorecard. From here, lay the scorecard down and set your putter next to the line you drew. This line will show you if your putter face is closed, open or square at setup. From here, grab four tees, placing them at the end of your scorecard at all four corners just outside of the toe and heel of your putter. From here, hit putts without hitting any of the tees with your putter face. Only practice this from seven feet and in. 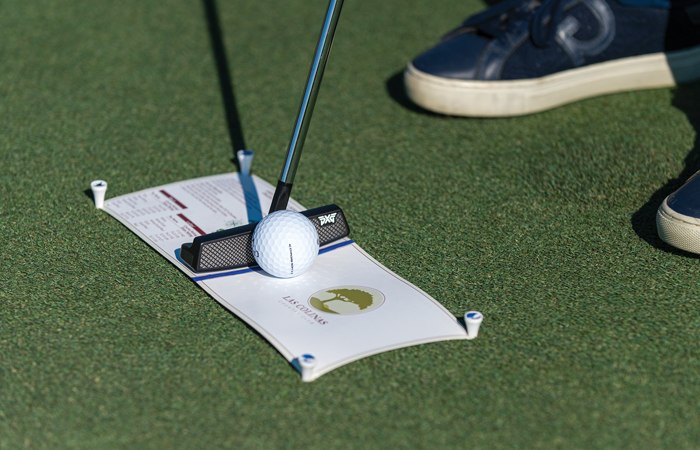 This drill works the same way as the scorecard drill but without the scorecard and tees. Grab two water bottles and place one outside the toe of your putter and one inside the heel of your putter. Grab some chalk and draw a line at setup perpendicular to your target line. This is the line to check to make sure your putter is square at setup. Hit putts without hitting the water bottles back and through. Only practice this from seven feet and in. 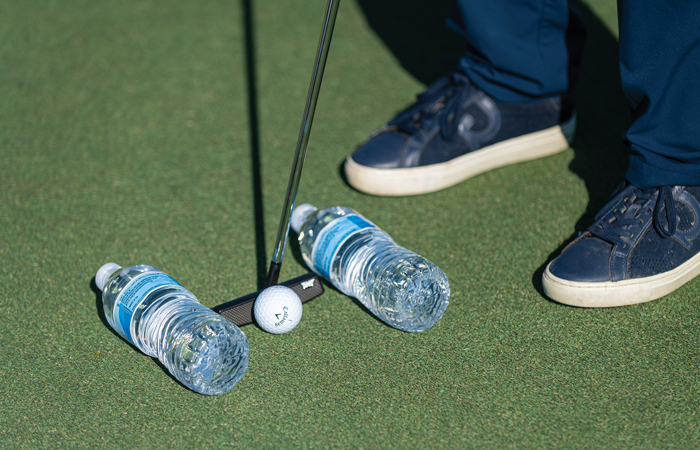 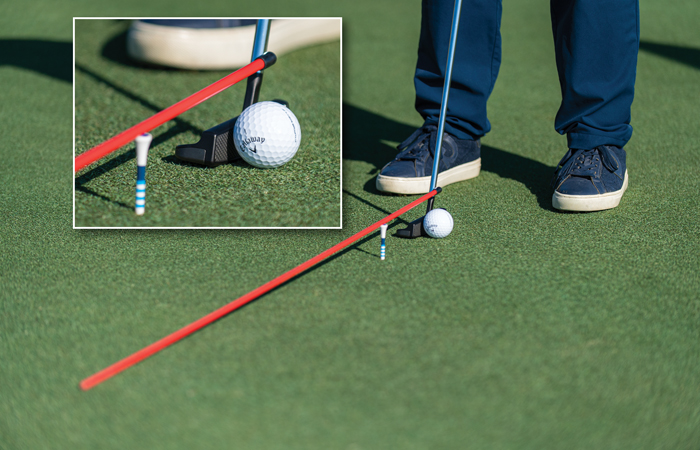