Oklahoma architect Tripp Davis has had plenty of successful and positive experiences in his two-decade career as a stellar amateur player who then transitioned to a top architect with plenty of well-respected courses all over the U.S.

But this May, he will record another significant first when his Old American Golf Course, which he designed with Dallas native and PGA Tour winner Justin Leonard, plays host to the Volunteers of America LPGA Texas Classic, the first-ever professional event an original Davis-designed course has ever hosted. 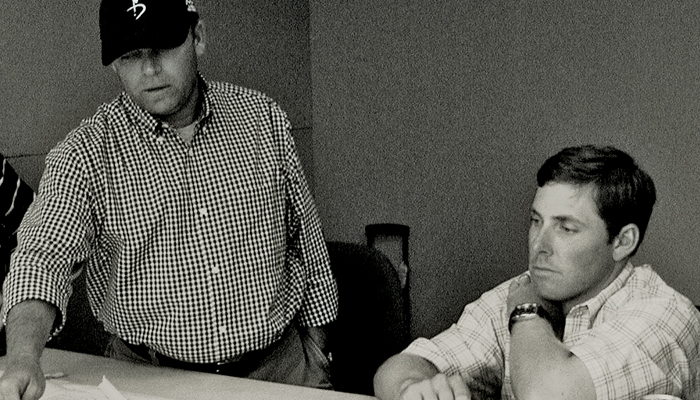 A lot of things have worked out for Davis in his playing and architecture career. He was an All-American golfer at the University of Oklahoma and part of a national championship team where he competed in college and amateur events before two unsuccessful years on golf’s mini tours convinced him to turn his full-time attention to designing courses.

He scored some success working on a variety of Oklahoma courses including the OU campus course, but Old American in The Colony, which opened in 2010, was his breakthrough as a throwback to the classic American courses of the 1920s and ’30s. Davis and Leonard traveled all over the country to see courses and bring their golf architecture inspiration to North Texas.

“I think a lot of people regard it as the golden age of golf architecture and that’s what we were hoping to reflect,” Davis said. “We did The Tribute (next door) and we called that the old course. We call this (Old American) the new course.”

Add this to his springtime opening of an extensive renovation of Dallas’ former U.S. Open site, the Northwood Club, and it promises to be a very successful and interesting spring for Davis.

“We set up the course (Old American) to be very strategic and for players to challenge it a number of different ways. With the LPGA, almost all of the top players usually play every week, so it will be fun to see Michelle Wie and Paula Creamer and the top players here,” he said.

While driving distance is typically not the most impressive part of a female professional’s game, precision, accuracy, greens in regulation and putting is, and that’s exactly what Old American puts an emphasis on with its creative layout.

Several of the holes can move up the tee boxes to add varying degrees of challenge and don’t forget the par 3 with two different tee boxes and greens.

Davis said the par-72 course will be switched up for the tournament from its regular configuration with the par-4 10th as the new 18th hole to take advantage of its proximity to the clubhouse and space for grandstands.

The regular 11th hole will become the new first hole, making the current 12th hole a very hard par 3 to start the round. There will be other changes as well as the LPGA seeks to give the Davis-designed course the nationally televised spotlight it’s long deserved.

“You can’t miss it in the wrong spot here,” Davis said. “That’s trouble all of the time. Like the current fifth hole it’s all about where you put your drive. I think the LPGA will set up the course pretty easy the first year until you see what they have here. You can set up the course so tough, it’s nearly impossible.”

The course was impossible to play after a devastating flood nearly three years ago, shutting it down for almost a year as the water covered the majority of holes and greens.

But after clearing away the water and unneeded brush around the greens, Davis said hard work by the course grounds crew has got the layout in excellent shape. 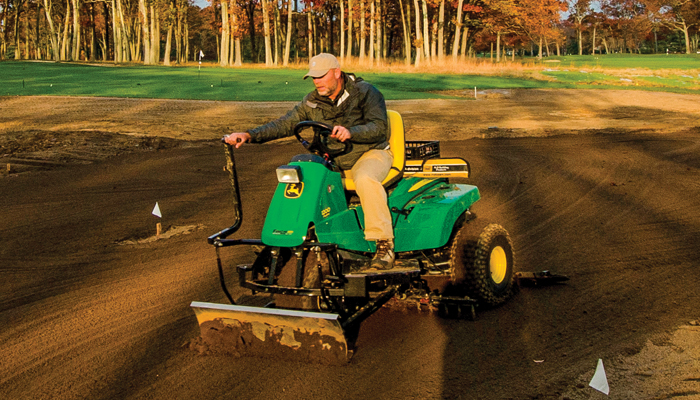 “You can almost make the argument the course is in better shape with better shaping after the flood,” Davis said. “It’s a real testament to the hard work done by so many on this course.”

Davis, 50, formed his namesake firm in late 1994 after receiving his master’s degree from OU. He is in the forefront of a group of young, talented architects nationwide, but has more designs in his portfolio, like The Tribute and his successful renovation of Perry Maxwell’s Muskogee Country Club design, plus Bill Diddel’s Northwood Club, Preston Trail in Dallas and Willow Brook in Tyler.

That’s one of the reasons we try to build the courses around an intrinsic, strategic approach and make it variable from day to day. Every hole we play here, has a lot of options on how to play it. For the better player, it’s going to be a tough course off the back tees, but for the average player, we try to get them a lot of options off the tee and try to keep the green subtle enough to challenge them. Playability, the ability to get around is key.”

He grew up in Atlanta where he was good enough to win the Georgia Junior Championship in 1984, be named a three-time AJGA All-American and earn a round of golf at Augusta National Golf Club as a junior to fuel his interest in architecture at an early age.

After his college career was over and he spent a few unsuccessful seasons playing on the mini-tours, Davis then received some sound advice from another professional.

“I called (PGA Champion) Larry Nelson who was building a course in Atlanta and asked for his advice on this career. He said to go back to college and get a landscape architect degree in grad school.”

“I just want to continue to learn and do the best I can. It’s more about the substance of the course and the hole and less about the visual impact,” Davis said.

He certainly found that to be true in his latest project to open at Dallas’ Northwood Club, which received the most major renovation since Diddel designed it in 1946 with the intention of hosting the 1952 U.S. Open (won by Julius Boros).

“It turned out much better than I thought it would. We had challenges with the work like every project, but I always thought Northwood was a good course. Now it has a chance to be great.”

While many classic elements of the Dallas golf gem (which specializes in successful ball placement) remain, the main thing Davis did at Northwood was take out more than 100 trees and also reduce the water hazards on the course.

He reduced the lake on the par-3 12th hole by 60-70 percent and totally took out the lake to the right of the 13th fairway which was once thought to contain the slot machines which helped fund the club in its earliest days.

He took out the lake on the par-5 sixth hole, the hole where Ben Hogan hit his ball out of bounds in the ’52 Open, costing him the tournament when he came in as the defending champion and heavy favorite.

On the par-3 16th, Davis actually brought the water more into play with water running all along the left side.

The grass was changed to a Bentgrass 007 type which can tolerate the Texas heat better with a smaller blade of grass which can be cut tighter and faster.

He also added a four hole short course across the street from the clubhouse along with an enhanced practice area.

“What I really wanted to do was bring back some of the William Diddel design elements and bring back the character of the U.S. Open course.”

With the LPGA televised spotlight on Old American this spring and the reopening of Dallas’ Open golfing gem, the character of Tripp Davis and his courses have never been stronger.