Live music, great food and quality spirits are all things just about everyone looks for when they are heading out for an evening on the town. Combine those aspects with a unique ambiance and you’ve hit it out of the park. The Brixton at The Shops at Legacy is a concept that combines these elements to give its patrons an overall experience they’ll want to recreate again and again.

Brothers Brian Harder and Jerry Elliott, the brains behind the bar and restaurant group Harder Concepts, which also spawned Addison Ice House, The Mucky Duck Bar, Scruffy Duffies, Saintsbury Tavern and Ringo’s Pub, have once again come up with a concept that offers up a combination of delicious food, drinks and live performances.

“Brian always wanted to open a spot for live music. We came up with the idea and sort of ran with it. I wanted it to be a little bit like a smaller House of Blues,” Elliott said during our visit. 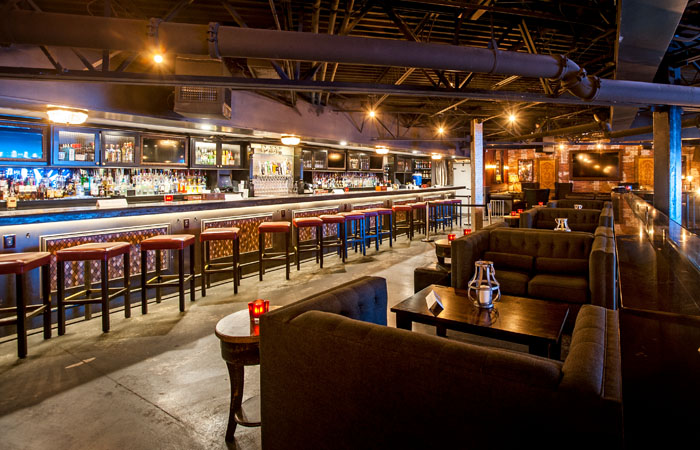 A stage in the front of the house makes for a perfect place for live bands to entertain several nights a week, and The Brixton is also a great spot to catch that Cowboys game on Sunday afternoon. Order up a pitcher of sangria, some brunch and settle in to watch some pigskin on the massive screen above the stage. The atmosphere is a little darker than your average spot because of the live music they host, so it makes the screen bright and easy to see. As far as the food goes, The Brixton has little bit of everything, from brunch fare to more traditional bar entrees like nachos and wings. Head chef Liz Fason has been with Harder and Elliott since The Brixton launched earlier this year, but she’s been creating unique dishes for much longer.

“I’ve been doing this for 16 years now. I’m a southern girl at heart, so I like to do things that are familiar, but not in the same way it’s been done before,” she said. 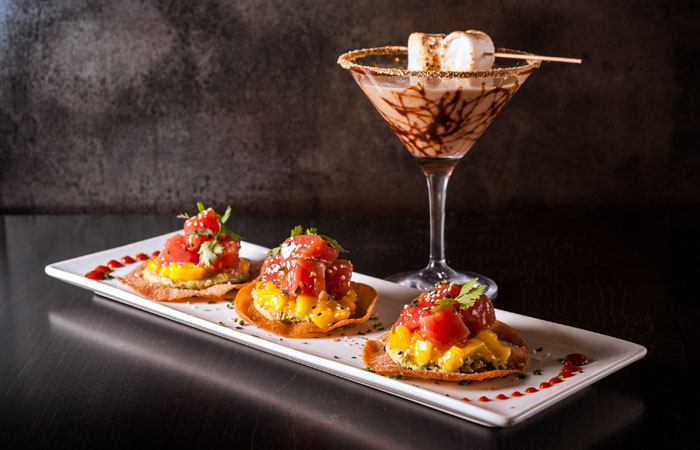 As Fason continued to pump out dishes to our table, I began to realize exactly what she meant. Everything was familiar, but just a little different. Simple concepts had beautiful presentation, and the amount of behind-the-scenes work involved really helps you appreciate the finished product. If you’re looking for something to shake off the previous night’s festivities, look no further than The Brixton’s brunch menu. Street tacos, chicken and waffles and the “morning after” chimichanga are all options, but the highlight of the brunch fare has got to be the shrimp and “grits”. This version is a testament to Fason’s southern roots. Usually the protein is the star of the show for any dish, but the most interesting part of this entree were the cakes those perfectly tender shrimp were perched on. Fason’s take on “grits” is made from the superfood quinoa. Now, before you go thinking this is a trick to turn the average Joe into a vegan, know that the quinoa blocks are formed around slices of smoked cheddar, then dredged and deep fried. The cheese melts throughout the quinoa and adds a silky texture. That, coupled with the crunchy exterior and the toothsome “pop” you get from the quinoa make these cakes delicious and texturally unique. The cream sauce prepared with blackening spice adds a bit of heat and the shaved parmesan and chopped scallions complete the ensemble with a salty note and a bright crunch. Add a Brixton Elyxir made with Absolut Elyx, Elderflower and fresh strawberries, or a flavored mimosa and you’re at the top of the brunch food chain.

The Ahi tuna tostadas are another brilliant creation by Chef Fason. Tuna is tossed in a traditional Hawaiian Poke sauce and then layered atop a crispy wonton tostada smeared with a creamy avocado aioli and diced mango. The aioli is familiar to the taste buds, but it’s different than any way you’ve had it before. It’s like guac, but not quite, and it’s enticing.

A quesadilla seems like simple enough bar fare: usually quick to the table and always delicious. The Brixton’s quesadilla is no different, except for the tremendous amount of work that goes into the preparation for these reliable handhelds. The chicken for this app is braised for four hours in a cornucopia of spices, citrus, aromatics and dark beer. The braising liquid is then strained and reduced to create a sauce that the cooked shredded bird is re-tossed in. The chicken is spread on the tortilla, along with some bacon jam, pepper jack and mozzarella cheeses and then grilled. It’s unlike any quesadilla you’ve ever had, and matches perfectly with one of the many beers The Brixton has on tap. 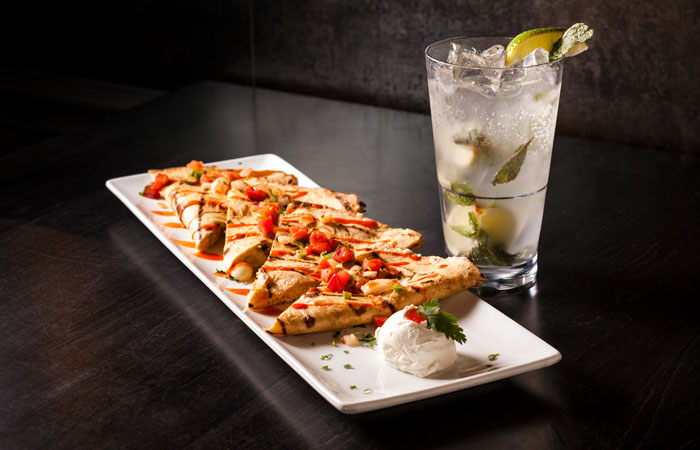 Or, if you’re not hungry (and maybe a little tipsy), you can order up the Rickenbacker 360 Guitar. Seriously. They have a Rickenbacker 360 in a display case on the wall, and it’s listed on the menu for $2,500. Of course, all the proceeds go to the Children’s Medical Center Plano, so have a few brews, lose some inhibitions and buy a new axe to shred, all the while donating to a great cause.

As with their other establishments, Harder and Elliott have another hit on their hands. The concept is unique to the area. The décor and ambiance are second to none. The Brixton is a perfect place for a night out, or to get some of the hair of the dog and catch some sports on the tube on a Sunday afternoon. The menu is just as individual as the atmosphere, and that’s an accomplishment for a duo that has come up with many creative and successful concepts throughout Big D.