Football may be king here in Texas, but baseball is still America’s pastime.

While the 99-day lockout may have some initial repercussions, the sport has proven it can rebound quite nicely from any work stoppage or even – remember 1994? – the cancellation of a season and the World Series.

For Texas Rangers and Houston Astros fans, the 2022 season promises to be an exciting one. The Rangers signed some marquee free-agents this past off-season, and have some young, talented arms at the ready for this season and beyond. The Astros are the reigning American League champions and could easily make it back to the World Series in 2022.

Both squads have majestic temples they call home, but there’s also something special about rooting for your favorite ballclub in enemy territory (if it’s done right). Even more special: squeezing in a round of golf before first pitch.

Thankfully, the Astros and Rangers will play in markets where fans can easily partake in a pre-round stretch and the seventh-inning stretch all in one day. We’ve picked out some top-notch destinations that are an easy drive from the ballpark, and detailed when the Lone Star State’s two baseball franchises will be in those markets.

The Guardians name may take some time getting accustomed to, but golfers wasted no time visiting a Cleveland-area institution ever since the revered club announced it was offering exclusive opportunities for non-member play in 2020. 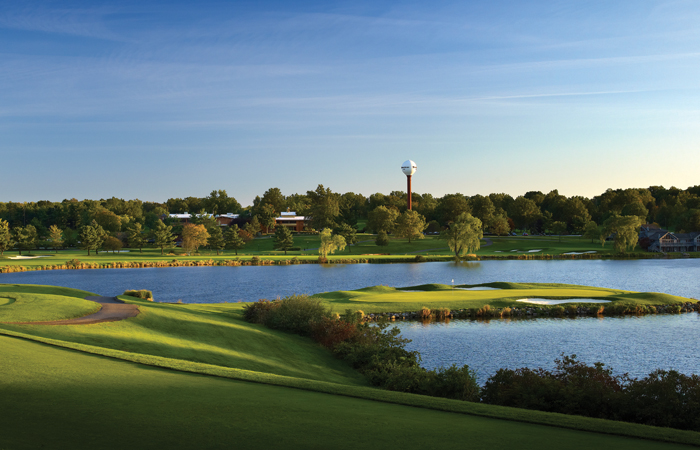 Legends like Palmer, Nicklaus, Trevino and Woods have all walked the South Course’s hallowed fairways – and cursed them. “The King” made a triple bogey at the par-5 16th hole of the South Course. After the round, Palmer referred to the hole as “The Monster.” The name stuck and a plaque on a bridge near the green honors The King and his three victories at Firestone.

Located across the street from the Firestone clubhouse, the North Course is a splendid Robert Trent Jones, Sr. design that opened for member play in 1969. Marked by numerous lakes and streams, the North Course has played host to both the American Golf Classic and World Series of Golf. Several publications have listed the North Course among the “Top 100 Modern Courses.”

Formerly known as the West Course, the Fazio Course is named after Tom Fazio, who redesigned the layout in 2001. A links-style design, boasting striking views of the club and surrounding landscape, the Fazio Course just completed a bunker enhancement project that included removing 18 bunkers and renovating the remaining 51. 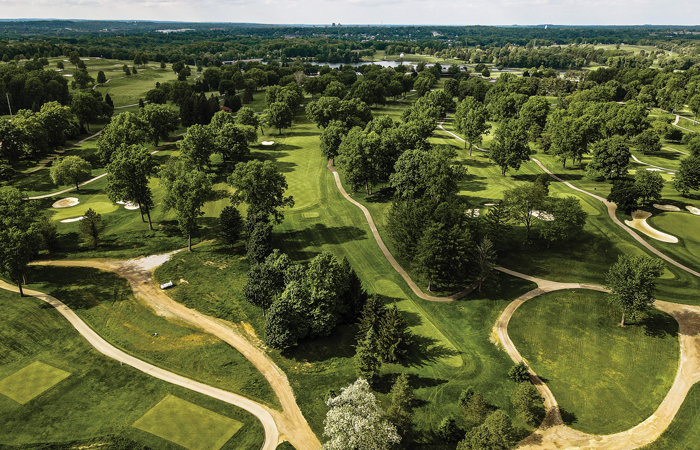 Firestone recently completed updates to many of its amenities and on-site accommodations. The club also added a fitness center adjacent to its men’s locker room for members and guests, and La Vetta, an Italian chophouse that wonderfully pairs exquisite cuts of meats with fine wines and spirits. Non-members can only tee it up at Firestone via the club’s exclusive stay-and-play packages, which can be found on its website.

The Rangers will make their lone appearance at Cleveland’s Progressive Field, June 6-8, while the Astros will play the Guardians in Cleveland on August 4-7. www.firestonecountryclub.com 330.644.8441

This season in interleague play, the American League West teams will battle those from the National League East. That means visits to the Big Apple, sunny Florida and the nation’s capital.

Unfortunately, that means no trips to Wrigley Field, the Steel City or the Land of Brats and Brews for the Rangers and Astros. Still, that shouldn’t stop anyone from visiting Wisconsin to catch a Brewers game and tackling its top courses.

The golf headliner in Wisconsin is Destination Kohler, which is located one hour north of Milwaukee and two hours north of Chicago. Destination Kohler features four Pete Dye-designed courses – all of which are memorable and among his best public layouts. 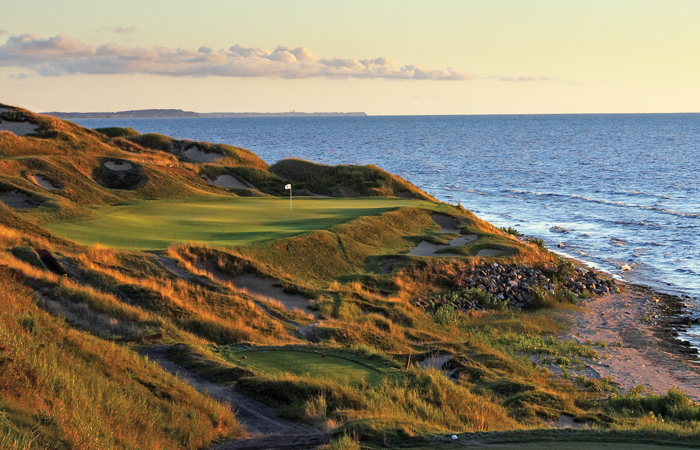 Site of the 43rd Ryder Cup matches, The Straits Course at Whistling Straits perennially ranks among the finest layouts in the world. The Straits has previously played host to three PGA Championships and a U.S. Senior Open. As the first resort course to host a domestic Ryder Cup in nearly 30 years, golfers can live out their Ryder Cup memories and replicate Bryson DeChambeau’s 418-yard drive on No. 5 or Jordan Spieth’s incredible shot from the grass wall at No. 17.

Just inland of The Straits sits The Irish. By masterfully routing the course through large dunes, Dye sculpted a little piece of Ireland in the Badger State. Named “Blind Man’s Bluff,” the 13th hole features a sunken green obscured by a large dune like the famous “Dell Hole” at Lahinch Golf Club. 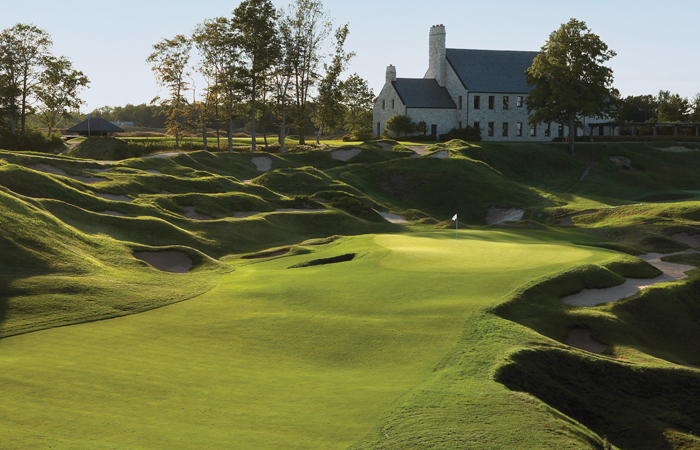 Set in a river basin formed by glacial runoff and a short drive from the charming town of Kohler sits The River and The Meadow Valleys courses at Blackwolf Run. The Meadow Valleys flows along the natural features of the surrounding terrain, winding through pastures and ravines. Tipping at 7,404 yards, The River is characterized by small landing areas, strategic bunkering and large undulating greens. It’s a classic risk/reward Dye design that GOLF Magazine has called “the nation’s finest public-access course of modern times.”

Accommodations include the iconic American Club, the only Forbes Five-Star hotel in the Badger State, as well as the newly renovated Inn on Woodlake, which works exceptionally well for buddies’ trips. www.DestinationKohler.com 800.344.2838

Summertime is the best time to visit New York City, and the MLB schedule-makers did Rangers and Astros fans a solid. Both teams will make two trips to the Big Apple: the Rangers will play the Yankees, May 6-8, and the Mets on July 1-3, while the Astros will spend a week in June, taking on the Yankees (June 23-26) and Mets (June 28-29).

There is so much to do in and around New York City, and that includes golf. Many will head to Long Island and try to get on Bethpage Black, but there’s another layout outside of the boroughs that is just as challenging as the Black.

Opened in 2008 to critical acclaim, Pound Ridge Golf Club is in tony Westchester County, roughly an hour from Manhattan and just minutes from the financial and business hubs of Greenwich, Stamford and Norwalk, Conn. 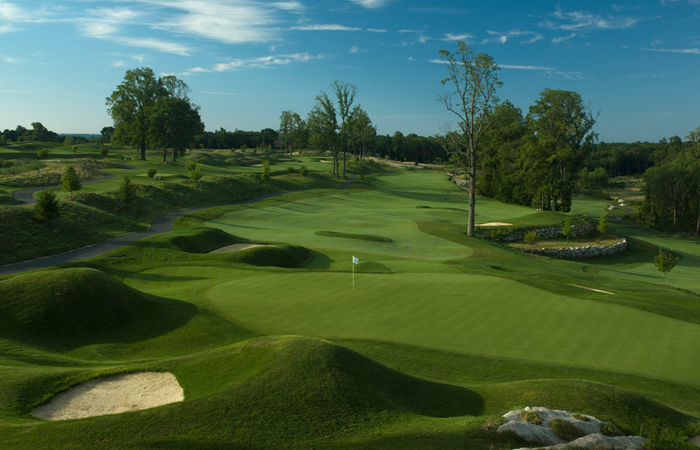 Crafted by Pete Dye, his son Perry and long-time construction manager/lead shaper Michael Langkau, Pound Ridge is a wall-to-wall bentgrass facility, hewn from 172 acres of magnificent cliffs, streams and wooded hills. Dramatic rock formations and boulders were left onsite by the Dye team, creating one of the most visually stunning settings for golf in the country. More than 14,000-linear-feet of rock walls frame a strikingly natural property graced with thousands of trees, subtle wetlands and (in strategic locations) severely sloped hills. 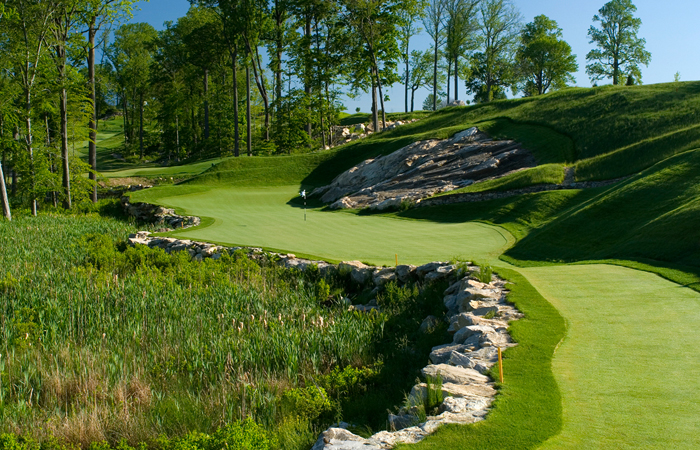 Notable holes include: the par-5 13th, home to “Pete’s Rock,” a giant boulder that rests in the middle of the fairway; and the par-3 15th hole, dubbed “Headstone,” which is flanked on the right by a large rock outcropping that protrudes into the elongated, 9,000-square-foot green. www.poundridgegolf.com, 914.764.5771

The Rangers were slated to play the Miami Marlins in April, but the lockout postponed those games. In a schedule oddity, Texas will play in Miami on July 21, and a doubleheader on Sept. 12.

A round of golf and catching a twin-bill might be a tough ask, and a July afternoon in Florida could feel like a Texas summer day. Yet, teeing it up at PGA National Resort is worthy, no matter what the thermometer reads. 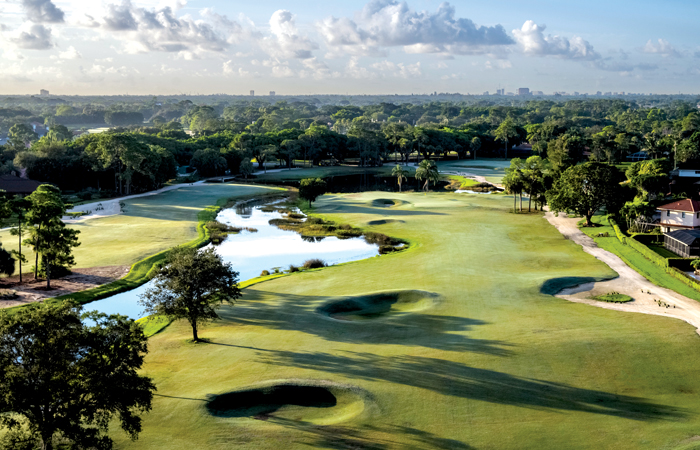 Few golf course debuts in recent years were as highly anticipated as The Match Course, with its exciting goal of encouraging “match” versus “stroke” play. Built on the land of the legendary resort’s former Squire Course, the 18-hole layout opened for play in September and is inspired by classic golf course design principles while specifically using the “template hole” concept.

The Match Course joined PGA National Resort’s new nine-hole Staple Course, which opened this past July to rave reviews. The Staple is a bold take on the par-3 course concept created for pure enjoyment. With hole distances ranging from 48 to 130 yards, The Staple is ideal for fast-paced, joyous rounds while using just a putter and a few short irons.

The Staple is also the perfect setting for golf groups to unwind and relax in a casual setting after playing the resort’s four “traditional” and celebrated 18-hole layouts: The Champion (host venue of the PGA TOUR’s Honda Classic), The Palmer, The Fazio and The Estate courses. Both new layouts are part of the ongoing $100 million capital revitalization touching every aspect of the celebrated property.

Resort guests can also enjoy the high-tech 33,000-square-foot Sports & Racquet Club, featuring a surplus of fitness activities and classes, including pickleball and tennis on the 18 Har-Tru tennis courts (11 lit for night play).

The Astros’ 2022 schedule does not include the Marlins, but the club’s Spring Training home is less than 10 miles from PGA National. The Astros and Washington Nationals share The Ballpark at Palm Beaches and, in many ways, a Spring Training ballgame is just as thrilling as watching the Big Show. www.pgaresort.com, 800.863.2819.