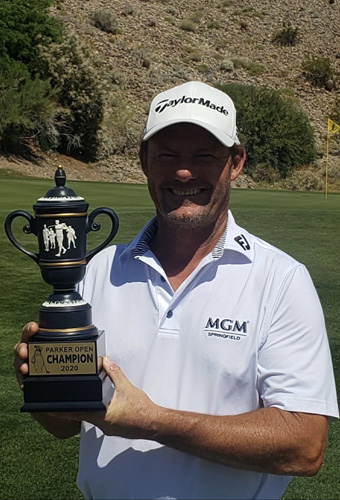 Alex Cejka has won over $20,000,000 in his career. But with a lack of available competitive play, Cejka dabbled in the Outlaw Tour. Good idea as he just won his second straight event. GoldDigest.com’s Alex Myers has the details along with an incredible back-nine rally yesterday to catch the leader and win in a playoff.

The 2015 Puerto Rico Open champ and four-time European Tour winner trailed Eddie Olson by six shots with six holes to play but went six under on his next four holes, including a hole-in-one. Poor Eddie never knew what hit him. Cejka actually needed to hole a 20-footer for par on 18 to get into a playoff before winning in extra holes.

Olson, by the way, had only been able to practice for the event by hitting golf balls in a park at his umbrella—an umbrella that was nearly stolen. True story.

BTW, he was DQ’d a while back for using a yardage book to read the greens. Except, it was via an old yardage book before the new greens were installed.

Share: Alex Cejka Is The Current King Of The Outlaw Tour