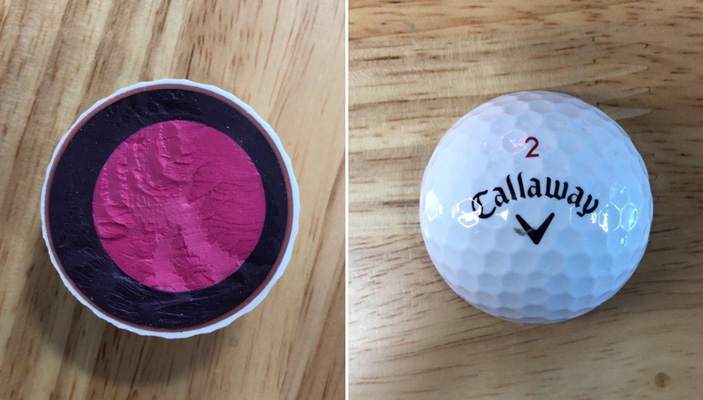 Callaway Golf reacted quickly after golf equipment test site MyGolfSpy.com revealed a significant flaw in the Chrome Soft manufacturing. Notice the off-center core on the left? The bigger question is the sample size as its hard to believe every single ball or even club is perfect out of the box.

Question is how many golfers believe their golf balls could be less than perfect out of the box?

The golf testing site made their name when comparing premium balls and concluded the Costco Kirkland was as good as a Titleist ProV1.

Ever wonder why your ball doesn’t fly straight?#ChromeSoft

Check out the MyGolfSpy.com video on how the Callaway reps were quick to put together plans to remedy the situation. Smart companies react swiftly when facing adversity rather than hiding behind Friday headlines or ignoring the issue altogether. Callaway CEO Chip Brewer is one of those savvy execs.