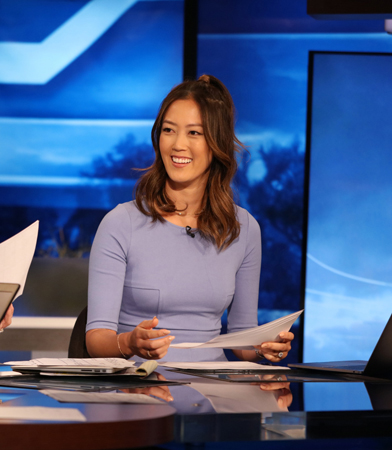 GolfDigest.com’s Joel Beall has the details on what their new assignments will include.

Though her role is vague—a statement said Wie “will contribute to CBS Sports’ multimedia golf coverage this season, including the Masters”—Wie’s transition to media has been expected, as mounting injuries have sidelined her playing career. During the Solheim Cup in September, Wie appeared on the Golf Channel and received nice reviews.

I’m sure they’ll do fine (fine defined as neither awesome or horrible). I do believe broadcasters can help or hurt golf broadcasts a bit. But ultimately, it’s the added attributes of ProTracer, virtual putting lines, yardages to the pin, showing more golf shots and how much drama is delivered by the players (and is Tiger Woods contending?) that make or break golf telecasts.